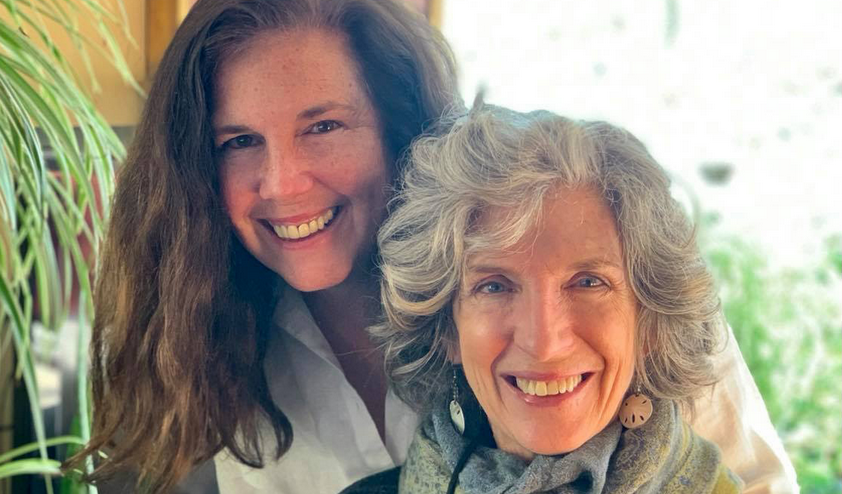 “You can type. You can get a job with the phone company!” My dad, troubled that his almost-40-year-old daughter was making minimum wage at a job with no traditional benefits, was trying to be helpful. Wasn’t it time to give up this magazine hobby?

I’d been publishing CATALYST for nearing 10 years. Time to get a “real” job.

The irony, of course, is that my dad’s idea of financial security, “the phone company” (as AT&T’s Bell Telephone was known back in the day), was crumbling. If stability was the question, the phone company was no answer.

A few years later, my parents were dead. But here’s another irony: If it weren’t for them, CATALYST would not exist today.

Mose Belanger began at the Kimberly Clark paper mill in Neenah, Wisconsin in 1926, when he was 17. He was a machine tender when he retired in 1973, earning $17,000/year. Intelligent and hardworking, he invented ways to improve efficiency on the job, for which he received shares of stock. On the side, he built houses and, later, taught guitar and mandolin, which he had played all his life.

My mother, Cecilia, who’d left school at age 16 to help support the seven younger children in her family, was a financial wiz. “You save more money than I earn,” dad would marvel.  And she invested it.

So, when they died, I acquired the means to help CATALYST succeed.

The change was dramatic.

Once, operating out of a spare bedroom, I had been editor, sales rep, bookkeeper, production person, distributor and typist—before email, every story was retyped into the computer by hand. Usually my hands. “I” did eventually become “we” and had a terrific helper, which made life easier.

But now we had money to move CATALYST out of the house, buy a couple more computers, hire more help, expand the magazine and tide it over during future financial rough spots.

Salt Lake City, a place you never got to visit, is saluting  you right now, Mom and Dad!

I was almost 30 when CATALYST began. Next year I turn 70. As of this issue I’m hanging up my boss hat and taking a leap into the unknown. I never thought I would retire. But this year has made me more practical.

Life without CATALYST, my constant companion? Can this be?

I received confirmation in the form of a cosmic joke when I opened my computer this morning: “Your system has run out of application memory,” the screen declared.

It’s also time for the entity known as CATALYST to leap—into the arms of Jenn Blum and her organization, Minduct. Jenn has the skills to take CATALYST to the next level of the digital-only world. Jenn has been a board member of Common Good Press (our nonprofit umbrella). You may know her from her work in the community with Green Urban Lunchbox, Foothill Cultural District, the Sugar House Farmers Market and the Mini-Maker Faire.

Some of us will con­tinue our involvement, now as community volunteers. John, Polly and and I will join the Common Good Press board.

I grew up attending a Catholic school and understood the meaning of “vocation.” The nuns gave their lives to God. I gave mine to CATALYST. I’m certain I had a lot more fun than the nuns did.

Over the past 38 years, CATALYST has made my life rich beyond measure. I feel proud that it has also enlivened our community.

Now, we think at least in part because of CATALYST, women can be massage therapists without having to register with the vice-squad each year. We have more than four yoga instructors in town. Homeopathic doctors aren’t arrested. Meditation is no longer  “woo.” And backyard chickens are legal everywhere! We also were part of the lawsuit that got the liquor laws changed in 2001.

I’m curious to see what my life’s next adventure might be. And excited to see where Jenn and Minduct will take CATALYST. Please  cheer her on and enjoy what evolves.

With love and gratitude,

There isn’t enough space to list all the people I want to thank.

First, my columnists: My prizes. What would CATALYST be without them? You’ve connected with them month after month for years. James Loomis (Garden Like a Boss) is the newbie, at five years; Dennis Hinkamp (Slightly Off Center) [See his story, this issue], Suzanne Wagner (Metaphors for the Month), Charlotte Bell (Yoga) and Amy Brunvand (EnviroNews) all clock in at double-digits, along with Ralfee Finn (Aguarium Age, in the Weekly Reader). Ashley Miller (covering air quality issues) and Alice Toler have been dependable bylines in CATALYST, as well as Emily Spacek, an intern with stellar writing skills, whom we hired afterward. Todd Mangum, MD’s series on the chakras is an alltime reader favorite.

In a special category is Jim French, whose labors and enthusiam have kept the Clean Air Solutions Fair going, and who is an inspiration to us all.

Former board members Naomi Silverstone, Paula Evershed, Gary Evershed and Barry Scholl deserve a special callout for their tireless devotion to CATALYST through the years, along with board presidents Valerie Holt and Lauren Singer Katz. Thank you to all our board members!

Thanks to my brothers in the local publishing world: longtime friends John Saltas of City Weekly and Dave Iltis of Cycling Utah, who were always there for me.

A profound thanks to my actual brother, Jerome (Jd) Belanger, 14 years my senior, who got me started in this business by hiring me straight out of college to work at his magazine, Countryside.

Then, how to thank the 38 years’ of coworkers? A few shining lights, in roughly chronological order: 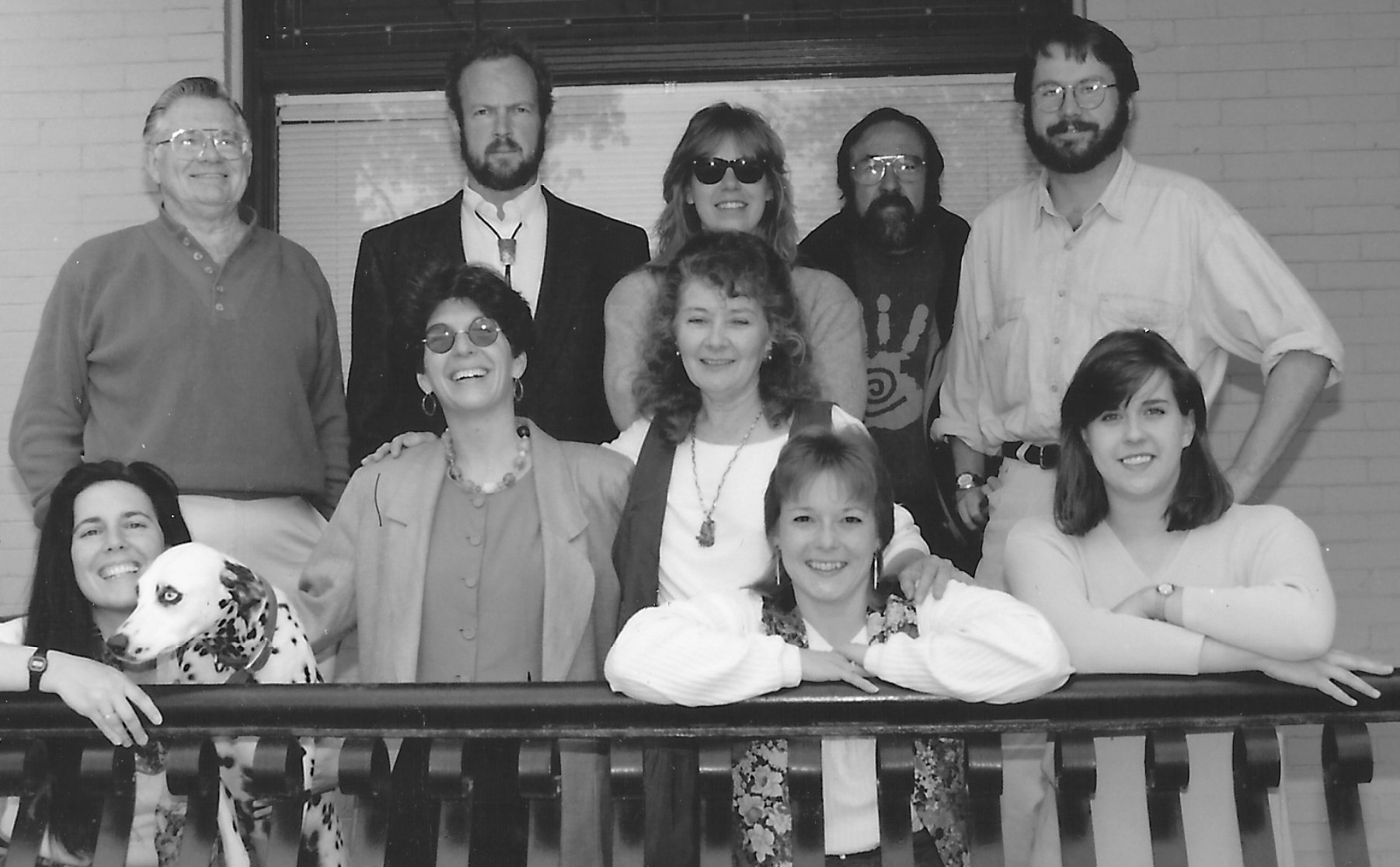 1980s: Victoria Fugit, Lezlee Spilsbury and Lucy Powell, cofounders. Without the vision and drive of these women, CATALYST would not exist. Michaela Condit: We were quite a team. She made the show run smoothly (and introduced me to John deJong). Barb Betthauser not only laid out the mag but drew all the illustrations!

1990s: Barry Scholl wrote stories, edited, and put up with shenanigans from us women. He later became a lawyer and helped CATALYST become the nonprofit Common Good Press. Diane Fouts was our proofreader-turned-copy editor. I learned a lot from her. Diane Olson began as office manager and became an award-winning writer. (See her story, this issue.) Mandy Jeppsen, office goddess,  kept us sane. Other office goddesses of note: Marian Nash and Amy Bonney. 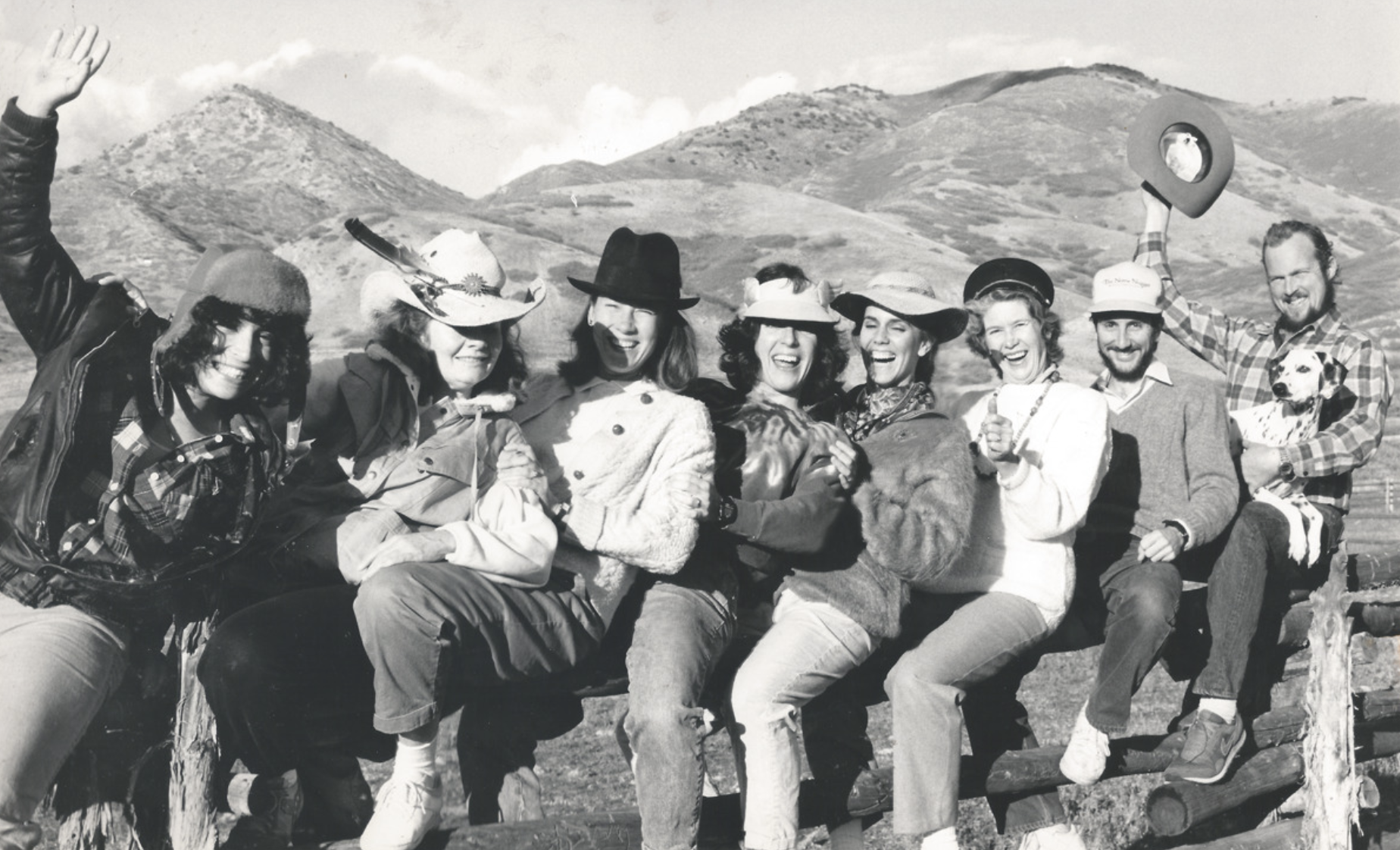 2010s: The smartest righthand helpers anyone could have: Carol Koleman, then Lori Mertz, then Anna Zumwalt kept the show (and me) running in what had, once again, become a tiny office.

Interns who became staff: Sarah O’Leary, Christina Nelson and Daidre Miller in the ‘90s. 2000s: We hired former interns Addie and Emma Ryder to do production. Katherine Pioli began as a writing intern. Continuing to write, she became our assistant editor. (See her story, this issue.) Anna Albertsen was another shining intern we hired, as well as Katie Rogers.

Carolynn Bottino is our ace bookkeeper, who I thank almost every day.

Pax Rasmussen has been a valuable stalwort over the last 16 years. He began as a writer and became the can-do office god, eventually graduating to assistant editor and techmeister. Most recently he was the  executive director of our nonprofit.

Sophie Silverstone, my highly talented stepdaughter, joining us in 2013, has made a place for CATALYST in the digital world as community outreach director, paving the way for the future. (See her story, this issue.)

John deJong, our production manager and associate publisher, has shared my vision since 1988 and kept the faith when I faltered. We depart CATALYST together.

Also departing, and last but not least: Polly Plummer Mottonen, our art director, with whom I share a brain. Hers is the better half, by far. We’ve been best friends since the day she was born. (She is my niece.) Hiring her 27 years ago was the best decision I ever made.  We’ve each spent more than half our lives on this continuing creation. Here’s to having cocreated something wonderful together! (See her story, this issue.)

This article was originally published on December 1, 2020.