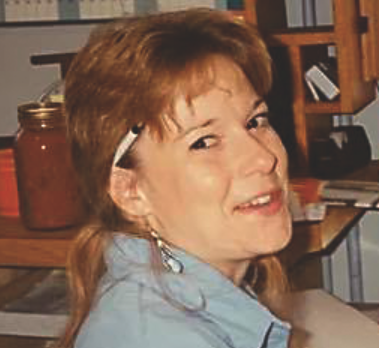 I think I can write,” I said. I had been working at CATALYST for some time as the office manager. “Ok,” Greta replied, and gave me an assignment on the spot. Granted, it was a small assignment. But I made the most of it.

I was in my 30s and had neither a degree nor experience. What I did have was a compulsion to write, boundless curiosity, and an untapped passion for social justice. And for the next 10 years, from 1994 to 2004, I awoke every morning with the absolute certainty that I was doing exactly what I was meant to do in this life.

Small assignments quickly grew to larger ones. My first decade working at Catalyst was dominated by big, complex investigations into what the Army was doing—and had been doing—at Dugway Proving Grounds and Tooele Army Depot. The nerve gas incinerator it was building; the biological lab that was being promoted as a Level 3 but being built as a Level 4 facility; the open-air testing of both biological and nerve agents; and the resulting hot zones of cancer and multiple sclerosis in Tooele County.

It was surreal to suddenly be the investigative journalist I’d always dreamed of being. Whistleblowers were knocking on CATALYST’s door, activist groups were filing lawsuits, and the military was tapping our phones and following us in clichéd dark sedans. Seriously. It was scary and exhilarating, and absurd.

Then there was MagCorp (now US Magnesium) with its infamous green cloud of chlorine and sulfuric acid, the weirdly corrupt fertilizer industry, and the dangerous, ugly, falling-down Bennett Paint building, which the Bennett family (Senators Wallace and Bob) claimed not to own. (They did.)

But I didn’t just write about environment issues; I wrote about anything and everything that caught my or Greta’s fancy.

I interviewed shamans, scientists, doctors, lawyers, politicians, activists, artists and writers. I hung out with turkey vultures, bears, booksellers, nudists, and Buddhists. I did crazy things and had crazy things done to me. I also wrote about deeply personal experiences, like being in chronic pain and going through treatment for breast cancer.

Oh, and I was also the columnist known as  Madam X. It was wildly fun and freeing to journalistically explore the territory where sex and science meet under a nom de plume.

Then there were the thousands of hours I spent researching, observing and writing about the natural world for my “Urban Almanac” column. For 19 years I found utter joy in its creation. Writing it turned me into a hardcore organic gardener and an obsessive voyeur of backyard wildlife. (Oh, the things I can tell you about bug sex.)

And for the record, my articles about pheromone cologne and toxoplasmosis were the most fun I’ve ever had as a writer. I laughed a lot while I was writing them.

But when I look back at my 26 years with Catalyst, it isn’t the writing I think about; it’s the experiences.

Flying over the Great Salt Lake in a brine shrimp spotting plane. Scooping up handfuls of softly buzzing honeybees, searching for rats in Olympus Cove, and—eeekkk!—putting an IV in a bat. Laughing with my favorite author. Meeting my bird-trainer childhood crush. Touring the biological lab and nerve gas incinerator and learning how to inject myself with atropine. Visiting homeless camps and the homes of people willing to share their stories.

And the crazy staff meetings, fabulous parties, and goofy, giddy late nights pasting up the magazine with Greta, John, Polly and other CATALYST people who became my family.

It was all glorious.

Thank you, Greta, for believing that I could write. It has been a blessing and an honor.

Diane Olson is a former CATALYST staffer and contributing writer (1994-2020).