What we have in common: Laying the groundwork for exploring our differences 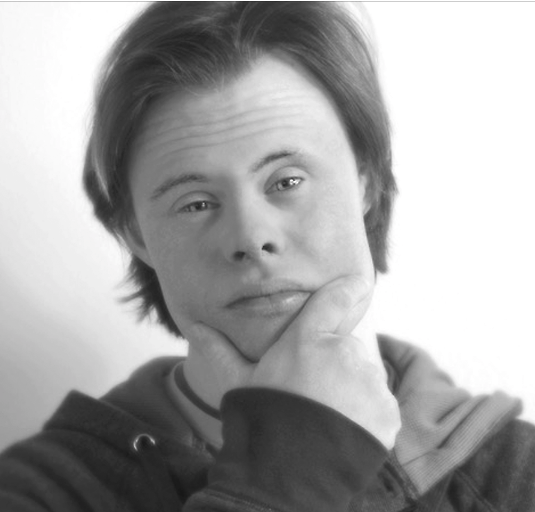 Talking about our differences is urgent, exciting, and even dangerous. But our commonalities appear to be so numerous as to be beside the point, part of the status quo, or so obvious that talking about them might be predictable, boring, or even worse, sentimental. It is difficult to see with fresh eyes and appreciate the depth and span of how much we all share.

Diane’s 30-year-old son, Willie, who has Down Syndrome, has a particular fascination with what we have in common. He never takes it for granted; in fact, he remarks on the commonalities he sees around him all the time. Once when they were watching The Wizard of Oz together, he said to Diane somewhat out of the blue, “You and daddy have that in common.”

“What do we have in common?” she asked him, not following his train of thought.

“You are both scared of the wicked witch. You have that in common.”

Once he commented as they were driving past a golf course in the car, “Mark Mariani and Uncle Rick play golf, too, with dad. They have that in common.”

On hearing the news that his sister’s old dog had just died, he observed, “Mr. Apple and Ali are two dogs who died already. And now Maggie. That is something in common.”

When he heard Diane talking in somber tones on the phone to his aunt about his 20-year-old cousin’s recent cancer diagnosis, he said, “You are just like daddy and myself. We are both worrying about Stella because we have that in common.”

“You are right about that, Willie.”

Willie recites these commonalities frequently; some are delightful and some are devastating, but Diane appreciates that he points them out because she often fails to notice them herself. She says she forgets that she and her ex-husband have something in common, except it is true, they are both scared of the wicked witch.

It helps us when we are struggling with other people to remember how much we all have in common: that we were all born into human form, and we will die someday, not knowing how we arrived here, or when the day will come that we will pass on. We can see that we all eat to survive, knowing how especially good food tastes at a time when we are really hungry. Or that we drink water to stay alive, and on a very hot day, prefer nothing more or better. We can recall that we all have hopes and dreams; we seek warmth when it is cold, and a comfortable place to lie down at night. We cluster with our own style people and friends, the ones who share our values, habits, and sense of humor. Even drug addicts, deep in the throes of addiction, share their needles and stories with each other.

Like them, every single one of us has experienced deep pain or loss, illness of some kind, and have had our hearts broken in one way or another. Sometimes what we have in common is the intimacy that comes from having hurt each other. The Dalai Lama says, “As human beings, we are all the same. We all want happiness and do not want suffering.” We would add that even as we’ve been hurt, we have also hurt others. As Willie would say, “We have that in common.”

We need to belong

Willie’s fascination with commonalities has a biological benefit. They say that throughout the course of our evolution, our ability to survive depended on our belonging to our group of people like us, “our tribe,” so to speak. To encounter other human beings, foreign ones, almost always entailed danger or threat. In our rough evolutionary history, we were probably more likely to be killed by a strange human being than any other predator in our environment. And if we were kept safe, it was through the protection of our own tribe and even now, when we are surrounded by people who think, dress, and talk like we do, we can relax.

This is no small thing. A conversation that happens in an atmosphere of relaxation and openness is a very different conversation than one that takes place in a room with nervous systems dripping adrenaline, poised for flight or fight. The topic may be the same, but when we are even slightly threatened, our attention constricts in preparation for defense, just like our limbs and our jaws do, and our ability to reason is impaired because access to our prefrontal cortex is blocked. In other words, when our attention is taken up by our defense system, we are literally prevented from thinking clearly.

Recent research conducted at Google concluded that the most productive teams were the ones in which participants felt the most psychologically safe. This meant that they could take risks in their teams, make mistakes, and expose vulnerability or confusion without feeling they would be punished or reprimanded. This need for safety is extremely deep in the hard-wiring of human beings and is essential in creating environments of creative and high- performing teams.

The impact of this is so profound that some people advocate for simply working together without talking about our differences; in fact, there is a tremendous emphasis placed in some circles on “safe spaces.”

But we believe that we have to do both. Recognizing our essential sameness, including our shared intentions and goals, is fundamental to all effective teamwork, but talking about our differences, taking risks, being challenged and even “triggered” is how we grow, change, and learn to encounter difficulty together.

Sameness is relieving; difference is exciting and problematic, and our work belongs in that tension.

A version of this story appears in Compassionate Conversations: How to Speak and Listen from the Heart (Shambhala Publications, 2020) by Diane Musho Hamilton, Gabriel Menegal Wilson and Kimberly Myosai Loh. Used with permission.

Compassionate Conversations: How to Speak and Listen from the Heart (Shambhala Publications, 2020) by Diane Musho Hamilton, Gabriel Menegal Wilson and Kimberly Myosai Loh

When a conversation takes a turn into the sometimes uncomfortable and often contentious topics of race, religion, gender, sexuality and politics, it can be difficult to know what to say or how to respond to someone you disagree with. Compassionate Conversations: How to Speak and Listen from the Heart (Shambhala Publications, 2020) empowers us to transform these conversations into opportunities to bridge divides and mend relationships by providing the basic set of skills we need to be successful, including listening, reframing, and dealing with strong emotions.

Addressing the long history of injury and pain for marginalized groups, the authors explore topics like intersectionality, power dynamics, and white fragility, allowing us to be more mindful in our conversations.

Each chapter contains practices and conversation starters to help everyone feel more prepared to talk through polarizing issues, ultimately encouraging us to take risks, to understand and recognize our deep commonalities, to be willing to make mistakes, and to become more intimate with expressing our truths, as well as listening to those of others.