Utah Bioregional Reader: What is our Land Use History? 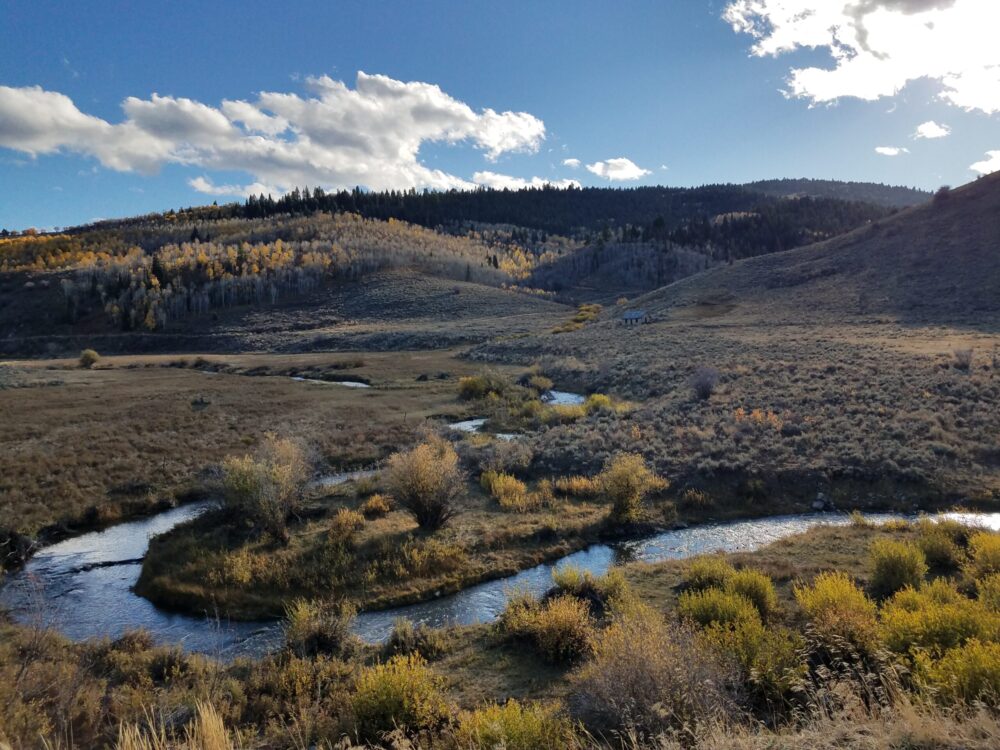 The narrative line of bioregional history should be the story of different but sequential cultures occupying the same space, and creating their own succession of places. – Dan Flores

Land use means human interactions with the surface of the Earth. People who inhabit a place leave an ecological footprint that overlays and sometimes obliterates what was there before. In the age of the Anthropocene, there is almost no place that has not been impacted by human land use – about 75% of the Earth’s land surface has been significantly altered by human activity. Scientists measure human pressure on land by considering built environments, population density, electric power infrastructure, agricultural land, and transportation; they identify the Earth’s last wild places by mapping places without electric lights or roads. As the Center for Land Use Interpretation puts it, “the manmade landscape is a cultural inscription, that can be read to better understand who we are, and what we are doing.”

Most of what we mean when we talk about sustainability involves land use. A study of the ecological footprint of people in Utah found that the state went into ecological overshoot somewhere between 1990 and 2003, which means the population consumes more food and natural resources than the land can produce.

The urbanized Wasatch Front overlies farms of white settlers. Here and there you can still detect traces of the old working landscape – an old farm houses like the Chase Home Museum in Liberty Park; irrigation water that runs down the gutters of some neighborhoods once a week (use it or lose it!); gnarled backyard quince, apple, and mulberry trees. A vanished sugar beet industry is memorialized by the beetdiggers mascot of Jordan High School and cast bronze Sugarbeets made by artist Day Emil Christensen to decorate the Sugar House shopping area.

Mines and quarries also left their mark on the land. The Kennecott Copper Mine is an impossibly large erasure in the Oquirrh Mountains; Foothills hiking trails lead to red sandstone quarries that produced foundations for houses in the Avenues: gravel pits are strung along the ancient Lake Bonneville shoreline, eating up places like Point of the Mountain to build roads and houses; Utah’s ski industry is built on a legacy of hardrock mining that punched roads into Big and Little Cottonwood Canyons.

If you want to sense these cultural layers in your bones, Warm Springs Park at 840 North 300 West in Salt Lake City is a power spot. Due to underlying geology, the Warm Springs Fault geothermal area was used as a gathering place by Native Americans. The spring water still bubbles up, but an urban area hems it in on all sides. To the east, the houses of rich folks sit high on foothills view lots, overshadowing homeless encampments on the dusty slopes below. To the south, the Utah Capitol building and Salt Lake City’s high-rise downtown represent political and economic power. To the west are the I-15 freeway, a UTA railyard, and a view of the oil refineries that run our fossil-fuel dependent society. And to the north, as if a deliberate metaphor, there is a self-storage unit built to cache the overflow of our consumer society.

Warm Spring’s location between the sublime Wasatch Mountains and the neglected Great Basin occupies an intersection between an indigenous worldview that respects the spirit of all places and westernized land use patterns that designate some places sacred and others sacrifice zones. The cultural convention is to simply pretend that that the sacrifice zones are invisible. As Aldo Leopold famously wrote, “one of the penalties of an ecological education is that one lives alone in a world of wounds,” but these wounds must first be acknowledged in order to be healed. Nature mystic Trebbe Johnson calls on us to re-engage with wounded, sacrificial places so that “instead of eyesores or lost causes they become troubled intimates that have fallen on hard times and now need a little attention and care.”

The blandly named West Desert to the west of Salt Lake City is a sacrifice zone so invisible that it barely even seems to have a name. The collection of toxic land uses in the West Desert is the subject of Chip Ward’s environmental classic, Canaries on the Rim. Matthew Coolidge, of the Center for Land Use Interpretation, says that the region captures more large-scale NIMBY (Not in My Back Yard) land uses than anywhere else in the United States, including toxic Utah sites such as American Magnesium Corporation, ATK, the Bingham Pit, Envirocare, the Deseret Chemical Depot, Hill Airforce Base, Tooele Depot, and the Utah Test and Training Range. Coolidge writes, “The Great Basin Region poses special notions of liminality, of self-containment and of isolation. It is a desiccated hothouse of American extremes.”

Many people assume that land-use patterns develop organically due to consumer preferences or free-market forces, but in reality, there is nearly always some kind of government planning behind land-use decisions. That’s not necessarily a bad thing. Transparent land-use planning with robust citizen engagement is a chance for meaningful engagement with the democratic process. Utah State University offers a Master’s degree in bioregional planning, which describes it as large-scale planning based on entire geographic regions: “Bioregional planning is focused on how the biophysical attributes of a region influence the human dimensions of culture and settlement, and also how human settlement and building affect the environment of the geographic area in which the community is situated.”

The Wasatch Front has been an unlikely success story for bioregional planning thanks to Envision Utah, an organization that formed in 1997 to guide public conversations on quality growth. A Brookings Mountain West Report notes, “As a highly conservative state, Utah boasts a staunch property‐rights faction, along with a true western disdain for all things related to government control. With its strident skepticism of global climate change and jealous regard for local control of all land-use decisions, it would be surprising if Utah surpassed more liberal locales in its progress on regional cooperation and its adoption of quality growth ideas. And yet that is what has happened.”

The founders of Envision Utah understood that land-use debates are fundamentally about community values and love of place. I had the chance to go to some of the early listening sessions where people viewed comparison slides of possible futures to select images of the future we wanted to live in. As it turns out, no matter how much people say they love their cars, nobody loves a congested freeway.

The effects of land-use decisions can be profound. We have clean water to drink because Salt Lake City has a watershed ordinance, and natural foothills to hike in because of Salt Lake County’s Foothills and Canyons Overlay Zone. It’s important to get things right since once something gets built it is likely to be there for a long time, and new construction can significantly change land uses nearby.

As the population of Utah grows, roads are built and widened. But building bigger road creates “induced demand,” generating sprawl by tempting people to move further and further from the existing urban core. Roads are a particularly inhospitable habitat for most living things, which is why livable cities focus on reining in car trips with enhancements to walking, biking, trains, and buses.

In order to see how complicated and expansive it is to retrofit bad transportation infrastructure, ride your bike on the trail through Parley’s Historic Nature Park. Imagine how much easier and cheaper things could have been if only the original freeway construction had included a footpath so that people could cross the freeway without a car!

Land use planning is a neverending story. As I write, people on the Wasatch Front are weighing in on large and small land-use choices. Should the former prison site in Draper become a housing development? Or a regional park as the Sugar House prison site did in 1951? Is a gondola in Little Cottonwood canyon visionary? Or just a really dumb idea? What is the best use for the abandoned water park on 1700 South? (It was purchased with Land and Water Conservation Fund money so it has to be used for outdoor recreation). What will happen to quality of life in Salt Lake City if developers are allowed to build a massive industrialized inland port in the currently empty Northwest Quadrant by the Great Salt Lake?

The answer to these questions will create the next land use overlay for the Salt Lake Valley, and generate a sense of place for the next group of people who inhabit our space.

This article was originally published on March 11, 2021.