Four decades of yoga in Salt Lake City: Reflections on the history and changing landscape 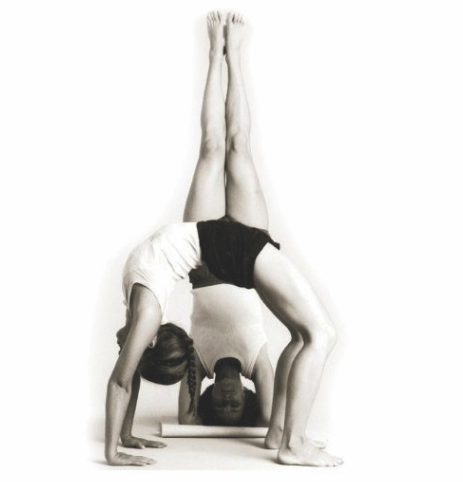 I n January of 1982 I decided—out of curiosity—to try a yoga class. In a pink-carpeted room in the back of the Sahara Hotel in Las Vegas, I experienced my first post-asana high. My first 90 minutes of gentle poses, including a generous guided relaxation left me feeling clearer and quieter than I’d ever felt. I knew I’d found a home in hatha yoga.

The teachers, Olivia Mason and David Riley, were a married couple, a physical therapist and a doctor respectively. They taught Iyengar-style yoga at the First Unitarian Church. Iyengar-style yoga is a meticulous, alignment-based practice, and far more active than the flow-and-glow classes I was used to. I loved learning from Olivia and David, with their deep understanding of anatomy and alignment.

I assisted in their classes for almost four years, and when they moved to Santa Fe, they left me their classes, which I shared with two other teachers. I taught at the Unitarian Church for the next 25 years before moving to a local dojo in 2011. In 2013, I teamed up with some of Salt Lake’s most experienced teachers to open Mindful Yoga Collective.

Olivia and David often brought senior Iyengar teachers to town for workshops. At these workshops, I not only learned a ton in relatively intimate settings—back then 30 students was considered to be a huge class—I also got to meet the Salt Lake yoga community. Most of Salt Lake’s half dozen or so teachers would gather at these workshops. Here, I met Gennie Coleman, Lin Ostler, Roz Newmark, Claudia Pierson, Lance Daniels, Susan Ann Stauffer and Jay Jones.

Just about everyone had studied with Gennie, an Iyengar-based teacher who retired a few years ago from teaching after more than 45 years. Gennie initiated the U of U’s first yoga program and taught at the Jewish Community Center. Lin Ostler is close behind in longevity, with more than 40 years of teaching under her belt. As far back as 1978, the animated dancer/ teacher/photographer Roz Newmark was holding community ed classes at Cottonwood High. She also still teaches, now on Zoom, due to COVID.

Back in the 1980s, yoga classes took place in community spaces such as church social halls, the YWCA and school classrooms, where you’d have to come early to shove the desks and chairs out of the way to make room. If you wanted to use props, you had to haul them around in your car.

Speaking of props, Hugger Mugger Yoga Products, an international manufacturer of yoga products, was founded in Salt Lake in 1986 by Sara Chambers, a student of Olivia and David’s. I actually own the first pair of shorts that started the company. While the teaching spaces were far less suited to yoga than today’s studios, the classes were intimate and humble, and the small community of teachers was friendly, cohesive and mutually supportive.

In the early 1990s, Salt Lake got its first yoga studio. Danielle Lin and her then partner, a Kundalini teacher, opened the Yoga Center in Holladay. Complete with shag carpeting and a stage, the studio evolved through at least three owners, and several yoga styles, before closing.

Kundalini yoga has been alive and well in SLC since the late 1970s. At one point there was an ashram on South Temple. Meherban Kaur, Mahan Singh and the late Deva Kaur were among the early teachers. These days, Guruprasad Singh; his wife, Guruprasad Kaur; and Karta Purkh Singh (aka Steven Valdeen, who began teaching in the 1980s) continue to teach Kundalini classes and trainings in the SLC area.

In 1996 Iyengar student Dean Campbell opened Yoga Central in the Canyon Rim neighborhood. That space became Mudita Yoga until last spring when the studio moved to Holladay. Soma Studio, founded by Peter Francyk, opened in the early 2000s, flourished for years, and closed more than a decade ago. Francyk now teaches in New Mexico and India.

In 2001 Jay Jones, formerly a certified Iyengar teacher, opened the highly successful Bikram studio in Sugar House. Jones sold the studio to Becky and Greg Airhart in 2010, and is currently teaching there once a week. She also leads an Iyengar-based practice once a week.

D’ana Baptiste originally founded a studio in Alpine (now Lifted Life Yoga Center, managed by Linda Black). She opened her popular Centered City Yoga in the 9th & 9th area in 2003. Originally focused on Baptiste Power Yoga, the studio expanded to include many different styles of yoga. She sold the space in 2017 and currently spends winters in Mexico, where she continues to lead yoga retreats.

In addition to some of the above-mentioned teachers and studios, several teachers and organizations continue to offer yoga teacher trainings. These include Denise Druce (Yoga Assets), InBody Yoga Academy and Salt Lake Community College. Some of these courses continue in person, while others are online.

So many studios have come and gone. These include Flow Yoga (which became 21st Yoga), Kula Yoga, Prana Yoga and Zen Living Yoga in Sugar House. Many of these studios focused on particular styles of yoga—Bikram, Power, Prana Flow, Vinyasa Flow, Anusara, etc.—that have been formulated, and in many cases copyrighted, by modern teachers since the yoga boom of the 21st century began.

Back in the 1980s and 1990s, I knew pretty much every teacher in town. These days, with hundreds of teachers being certified at studios each year, I would be hard-pressed to identify 5% of the teachers here. (The proliferation of new teachers and venues makes it impossible for me to list everyone in this article.)

The yoga landscape has changed drastically since March of 2020. 21st Yoga, founded by Lucy Dillon, was one of the first studios to close due to COVID. Teachers who anchored 21st Yoga include Scott Moore, Kim Dastrup and John Cottrell, who are all currently teaching online.

We closed Mindful Yoga Collective in September. A survey of students and teachers showed that none of us were comfortable meeting in person. There was just too much uncertainty as to when it will be safe. Given the recent record-breaking surges, we feel we made the right choice for our community.

MYC teachers are now offering classes on Zoom. While it’s not the same, many of my students enjoy the opportunity to roll out of bed, and then roll out their mats for my early morning classes. It’s been fun to welcome former students who moved out of state back into my classes as well. Online classes make it possible to maintain these connections.

Several studios continue to offer in-person classes. These include Mudita Yoga; Avenues Yoga; Integrated School of Yoga; Wasatch Ayurveda and Yoga. The nationally branded studios, Bikram College of Yoga and the Corepower locations, are among those still offering studio classes.

Yoga is now firmly entrenched in the mainstream. Its mainstreaming has certainly faded the weird, hocus-pocus reputation that made it a challenge to promote in the old days. Western yoga has become known as a healthy exercise program (you could check here for healing techniques), with an ancient, Eastern flavor.

While more people are discovering the practice due to its mainstreaming, discarding the spiritual aspects of yoga, as many yoga styles have, comes with a downside. I wonder whether we as a culture are selling ourselves short. The physical practice is only a small part of the system. In my opinion, the juiciest parts of yoga come as you begin to explore the rest of the vast system. However, it takes time to find your way into the more profound aspects of yoga, and many people find the physical practice to be satisfying enough.

No matter what, the yoga landscape is bound to change. COVID has mainstreamed online classes, and while many people prefer to meet in person, others have come to appreciate the online experience. I suspect that once we’re all able to meet in person again, online classes will continue as well. I look forward to watching the evolution. u

Charlotte Bell has been practicing yoga since 1982. She is the author of several yoga-related books including, most recently, Hip Healthy Asana, and founder of Mindful Yoga Collective.