Why are some communities still struggling? Tax rates, climate gentrification and affordability 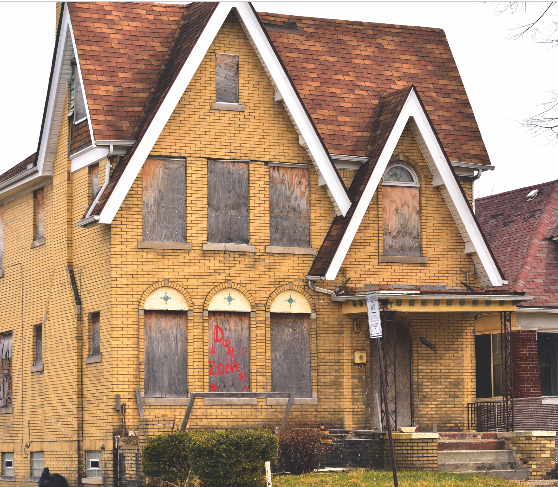 In the two previous articles in this series we discussed how environmental justice is geographically driven and how redlining established some of these disparities. In this article we will conclude with a look at three different communities across the U.S. to see how these issues are still prevalent.

A city that has received significant negative attention has been Detroit, Michigan. Long gone are the glory days of the industrial Rust Belt of the Upper Midwest. The heyday of car manufacturing has led to many decaying and abandoned cities and towns. Lack of employment opportunities and the temptation to move South and Southwest have been major factors in a substantial decrease in population and economic and urban decay.

However, many cities across the U.S. are experiencing a sudden population influx, led primarily by Millennials who cherish urban accessibility (through active transportation—i.e. transit, walking or cycling) and may not want to own a car. This has led to revitalization projects for many large U.S. cities.

So why is Detroit not experiencing this sudden boom? Well, one culprit is the real estate taxation rate, also called millage rate.

A friend of mine from college was in the housing market in the Detroit metro area earlier this year and was deciding whether to purchase a home to settle his young family in the downtown area or the suburbs. He compared two very similar homes, both valued at around $300K. But the annual property tax turned out to be approximately $3,000 for the house in the suburbs and nearly $12,000 for the house downtown. Throw in the fact that downtown Detroit schools are among the worst in the state (compared to the school district where he now lives which is the second best in the state) and that the police response is also notoriously bad downtown, and it was a no-brainer for him to opt to live in the suburbs.

How can taxes be higher and services worse at the same time?

Your taxation rate changes every time a property changes hands and is reassessed. The problem is that there are many homes in downtown Detroit that have been owned by the same person for 40 or more years, so they have not been reassessed and have extremely low millage rates. Therefore, to make up the necessary tax revenue to keep the city running, new buyers are essentially forced to subsidize and foot the bill. This makes it much less attractive for young professionals to move to downtown Detroit. This is not a unique scenario—Californians have a long history of willing homes to family members to avoid assessments. Ultimately, this results in blighted communities often remaining this way for a long time until a concerted effort (there is a small, but growing, part of Detroit that is being rebuilt) to improve the land use.

Miami, Florida is experiencing a new kind of urban change—climate gentrification. With climate change causing sea level rise (low-lying Miami faces from 14 to 34 inches of sea rise by 2060) and the imminent threat of floods, the high ground in the Miami metro area, namely more inland areas such as Little Havana and Little Haiti, are now becoming hot commodities. These were once undesirable areas because the more affluent population would prefer the beachfront locations. Instead, the people who settled in these areas were primarily immigrant minority populations. They brought with them their customs and traditions and made their new homes and communities vibrant and diverse.

These communities are now in danger. Many developers have taken a keen interest on the higher ground, aware of the impacts of rising oceans. As a result, these traditionally lower-cost areas have seen prices skyrocket in recent years. Many long-time residents have had to sell, at first forcibly due to foreclosures, and then as they see their neighbors leave and the fabric of the society they once knew being dismantled. While groups have said they are keen to improve the communities through development, they have been accused of razing the neighborhoods and causing them to lose character.

Let’s end with our own backyard, Salt Lake City—specifically the West side. As recently as 2014, when I moved to Salt Lake City, housing prices were significantly lower on the West side. While population growth was already happening and demand was increasing, it was the newer lofts downtown and the high-rise apartments that were the most attractive for people moving here. However, as prices increase significantly, many found it necessary to look west. Homes that were purchased with assistance programs less than 20 years ago began to double, and even triple, their original price in the last two to three years.

A very telling metric is that while last year, the average listing time was around 20 days, this year it has gone down to eight days. Houses are being bought within a week of being listed and almost always above the listing price as bidding wars take place. Much of this can be attributed to people who relocate from wealthier states and who find Utah home prices a steal compared to where they used to live. This cycle is causing incredible housing cost increases across the city but most noticeably on the West side. Communities that were once primarily composed of people of color are slowly, but surely, being gentrified. It is safe to assume the COVID-19 pandemic is accelerating this process as families that may have lost their jobs are likely to be forced to sell.

Although Detroit, Miami and Salt Lake City may seem worlds apart, economics and demographics are causing similar effects across these three communities. They are, of course, not the only ones experiencing these effects and only time will tell how they will evolve over the next few years. Urbanization disparities have been at the heart of social and environmental justice issues and it will take a concerted effort at all levels, ranging from individuals and stakeholders all the way to government entities, to address these issues. Let’s hope that by the time action is taken it’s not too late to save the heritage and history of many of these communities. u

Daniel Mendoza is a Visiting Assistant Professor in City and Metropolitan Planning and a research assistant professor in Atmospheric sciences at the University of Utah.