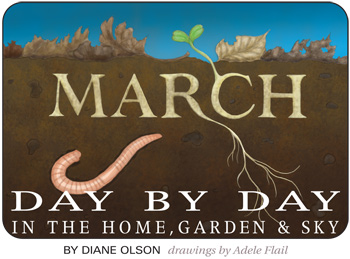 MARCH 1 The Sun rises at 7 a.m. today and sets at 6:19 p.m. Average maximum temperature this month is 53 degrees; average minimum is 33 degrees. It typically snows 9.1 inches in the Salt Lake valley.

MARCH 2 The Dick Cheney of microorganisms: Bdelloid rotifers, a group of aquatic organisms, have lived for tens of millions of years without sex, can withstand blasts of gamma radiation and if their habitat dries up, they can survive for years in a desiccated state. 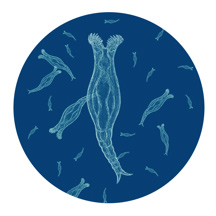 MARCH 3 This year, I’m going to build a waffle garden. Waffle gardens have sunken, two-square-foot planting areas surrounded by berms. The point? Each depression in the waffle catches rainfall and holds water close to the plants’ roots. And only the soil in the waffle needs to be amended.

MARCH 4 Got leftover seed from previous years? Properly stored, most are viable for five or more years.

MARCH 6 Spreading black plastic mulch over garden beds warms the soil and gives plants a kick start. You can keep it in place when you plant (just cut Xs), but once it gets hot, it might cook your cool-season plants. It’s said to improve the yield of warm-weather crops, including cucumbers, squash, melons, tomatoes, peppers and eggplant, though, so you can leave it in those beds. Mulching with plastic works best with drip irrigation.

MARCH 7 LAST QUARTER MOON. You can prune fruit trees and summer-blooming shrubs until the buds start to swell, and separate and divide perennial flowers until they begin to show new growth. 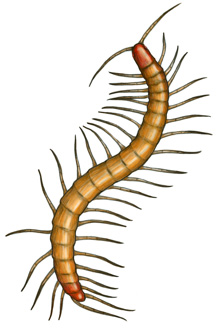 MARCH 9 Look for Mars, up at dusk, outshining all the stars except Sirius.

MARCH 11 White vinegar: It cleans everything, including pet puke, grease and sweat.
Stock up.

MARCH 13 This is the month to feed lawns with slow-release, organic fertilizer or mulch. If clover and black medic are taking over your lawn, the soil needs more nitrogen.

MARCH 14 If you haven’t already, trim out the old canes from berry bushes.

MARCH 15 NEW MOON. The first toothbrush was invented in China in 1498. It was made of Siberian pig hair bristles wired into cattle-bone handles.

MARCH 17 Turkey vultures can detect a dead mouse under leaves from 200 feet up.

MARCH 19 You can sow long- and short-season vegetables together to maximize space, and plant them close together because the short-term crop will be harvested by time the long-term one needs room. Good combos include: radishes and cabbage; Chinese cabbage and eggplant; lettuce and turnips; radishes and beans.

MARCH 21 Time to plant spring cover crops—fava beans, field peas, oats and spring barley—in spent and unneeded beds. Saturn makes its closest approach to Earth tonight. It’s the brightest star in the east, rising at sunset and out all night.

MARCH 22 Time to start fertilizing house plants again. A small scoop of Epsom salts is said to do wonders, though I haven’t tried it yet. But my plants vouch for the efficacy of a stinky mix of apple cider vinegar and fish emulsion.

MARCH 23 FIRST QUARTER MOON. Raw or undercooked red kidney beans can cause severe nausea, vomiting and diarrhea, and it only takes four of five beans to bring on the pain. If you cook them in a slow cooker, make sure they’re in there a good long time.

MARCH 24 This is a good month to plant trees and shrubs. Yew pines, mulberry, bottlebrush and junipers produce prodigious amounts of pollen, so if you have allergies, don’t plant ’em. And burning bushes really do burn; they produce enough volatile oil that lighting a match nearby can set it on fire. Don’t smoke around them, or put the barbeque nearby.

MARCH 25 If a jet flying overhead doesn’t leave a visible contrail, it probably won’t rain the next day.

MARCH 26 Rainbow and cutthroat trout are spawning, red-tailed hawks are mating, snowshoe hares and long-tailed weasels are molting and green frogs are starting to sing.

MARCH 27 If the weather is cooperative, you can start planting beets, broccoli, Brussels sprouts, cabbage, cauliflower, kale, spinach and turnips now, Fresh broccoli is amazingly tasty. Plant lots, and keep harvesting to prevent flowering. Mine lasted most of last summer.

MARCH 28 Time to start nightshades—eggplant, peppers and tomatoes—under grow lights, in a sunny window, or in a cold frame. 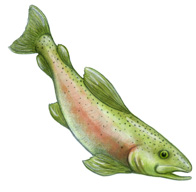 MARCH 30 Turnips are easy to grow, and both the tops and the roots are tasty. Harvest the tops when they’re 4-6 inches tall; the roots when they reach a diameter of 2-3 inches. Turnips were the original jack-o-lanterns.

Look deep into nature,
and then you will
understand everything better.

Adele Flail is a technologist at ARUP, but likes art better. She makes arty things; contact here here.This e-mail address is being protected from spambots. You need JavaScript enabled to view it document.write( ” );