The short, dark yet luminous life of the Utah-born Harlem Renaissance novelist reborn for the theatre. 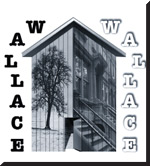 A black man in black America dur­ing the heady days of the Harlem Renaissance talking about racism within the African-American community. Black America didn’t care for that.

Wallace Thurman, a young black homosexual male from Salt Lake City seduced by the glittering lights of New York City in the 1920s, didn’t care what America—black or white—thought. He simply told the truth.

Wallace Thurman was a driven man and a perfectionist. He was never satisfied with his own work or that of his contemporaries. He was pain­fully aware of his own and others’ shortcomings.

He came out of all-white Utah at a time when the Ku Klux Klan was reviving itself across Amer­ica and the West, thanks in large part to D.W. Griffith’s “Birth Of A Nation.” (At the Salt Lake premiere of the film, Utahns came out dressed in antebellum regalia, posing in front of the theatre alongside mounted horseman, replete with the white capes and hoods of the KKK.) A pre-med student at the University of Utah, the young Thurman first went to California, where he edited and wrote for numerous literary and poetical magazines, prior to succumbing to the siren call of the Harlem Renaissance of 1920s New York.

Not content merely to bask in those glittering lights, Thurman used those lights to illuminate himself and his culture through three devastating literary portraits in what would become the short, dark but luminous life of Wallace Thurman.

In 1929 as the nation and Harlem plunged into the depths of the Great Depression (which would extinguish those glittering Harlem lights), his first novel was published. “The Blacker the Berry” explored the issue of color and racism within the African-American community. Neither black nor white America wanted to hear that.

In his second novel, “Infants of the Spring,” Thurman took on the intellectual, literary and artistic giants of the Renaissance: Langston Hughes, Zora Neale Hurston, Countee Cullen, Aaron Douglas, James Weldon Johnson, Rudolf Fisher, Alain Locke, Eric Walrond and others—and bitch-slapped them all; told them they hadn’t accomplished anything yet and they should quit preening in those dazzling lights and get back to the real work—to produce an artistic body of work that would stand the test of time. He satir­ized all of them in this novel and referred to his apartment, which was the center of intellectual life in Harlem and some really wild parties, as “Niggeratti Manor.”

His third and final novel, “Interne” (a collaboration with Abraham L. Furman), was an Upton Sinclair-like expose of City Hospital on Welfare Island in New York. Ironically, Thurman himself, near the end of his life, was incarcerated there after an all-night session of boozing, and was fated to die there. Childhood tuberculosis and a lifetime of alcoholic excess led to an early grave at age 32.

Little is known of Wallace Thurman’s Salt Lake years. He was born in Salt Lake City in 1902 to Oscar and Beulah Peterson; his father abandoned the family while Wallace was still an infant. He met his father only once in his adult life, and the normally effusive Thurman had nothing to say to him.

He was largely raised by his grandmother, his beloved “Ma Jack,” who took in Thurman’s somewhat shiftless mother as well.

Despite a marriage of sorts to Louise Thomp­son in 1928, he left no descendents and no one now living in Utah has any memory of him. But Wallace Thurman’s short life left behind it an important, literary legacy, and an uncommon literary connection between the city of salt and the streets of Harlem.

Wallace Stegner (portrayed by Richard Scharine) is the dean of western writers. Wallace Thurman (portrayed by Carleton Bluford) was the heart of the Harlem Renaissance. Both men called Salt Lake City home. Their lives intertwine in this rumination on the power of place and the meaning of home.

“Uconoclasts”: visual portraits by Trent Call; word portraits by Ken Sanders
February 19-March 14, Rose Wagner Art Gallery: regular business hours; before and after performances of “Wallace” (March 4-14, also at the Rose); and during the 15th Annual Stegner Symposium (March 12-13, also at the Rose).
“Uconoclasts” began with Ken Sanders’ discovery that Wallace Thurman was born in Salt Lake City, yet seemingly no one in Utah had ever heard of him. The project has since expanded to include some of Utah’s most famous, beloved and controversial literary figures whom all, in one way or another, have gone against the grain, sharing a quality Ken calls “uconoclasm.”
Suite 1: Literary Utah—the first 12 portraits: Edward Abbey, Fawn Brodie, Juanita Brooks, Neal Cassady, Bernard DeVoto, Raymond F. Jones, Charles Kelly, Dale Morgan, Wallace Stegner, May Swenson, Wallace Thurman and Maurine Whipple (Suites II & III coming later in 2010)
Free film screenings
Monday, March 8, 7pm. Tower Theatre: “Brother to Brother,” the 2004 Sundance Film Festival selection that examines the Harlem Renaissance through a contemporary lens. In partnership with LGBT Film Series.
Tuesday, March 9, 7pm. Tower Theatre: “Wallace Stegner,” the 2009 PBS documentary. In partnership with KUED.