The recent tragic events that left three dead and more than 19 injured can either teach us something that will serve everyone, or push us into blame and stereotyping. 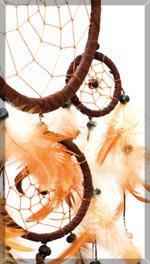 Sweat lodges: good
Cultural appropriation: bad
To be clear, ceremonial steam baths are a part of many traditions across the world and have been around for thousands of years. They are health promoting, safe environments for personal growth, spiritual reflection and physical detoxification—if done properly and according to protocol. There is an important place for this powerful tradition in the modern age.

The recent tragic events that involved three deaths and injured and emotionally traumatized more than 19 at a James Arthur Ray “Spiritual Warrior Retreat” deserves to be approached with some gentleness, for this is more than a news item, but a horrific experience of loss and suffering that is impacting far more people than only those who were there. It is also a criminal investigation and a man’s career under scrutiny. This event brings up some critical issues in our society. This is one of those important times where we can either learn something that will serve everyone, or fall into the kind of blame and stereotyping that helps no one.

To be clear, ceremonial steam baths are a part of many traditions across the world and have been around for thousands of years. They are health promoting, safe environments for personal growth, spiritual reflection and physical detoxification—if done properly and according to protocol. There is an important place for this powerful tradition in the modern age. Each type of sweat lodge, however, has its own unique history, protocol and procedure that is essential to their impact and safety. Not just anyone should run a lodge or make one up.

Interfaith, non-native lodges must be treated with as much respect, reverence and care as traditional native lodges. The act of “borrowing” or “copying” native traditions by non-native people, without permission, guidance or extensive forms of supervision is just stealing and selling someone else’s culture. Native American people have endured this kind of abuse for more than 500 years and it needs to stop. Self-respecting therapists, healers, or spiritual teachers must find their own innovative and culturally appropriate ways to conduct ceremony—they don’t have to fake it or steal it. That can be dangerous.

Recently, I asked a friend of mine who had lived and studied in a Tibetan Buddhist temple for five years if she’d come to my place of work and teach a session on a specific form of Buddhist mediation that she had learned. Her reply was worth noting: “There are certain things I can and will share based on my experience, and some things that I am able to teach, but don’t. Just because I know how to do something doesn’t mean it’s my place to teach it to others. In the Tibetan tradition there are certain rules that determine who can teach what, and when. I have to honor those because I honor the tradition, and myself. Being a spiritual teacher should not serve the ego.”

Who is a self-help guru?

The media is quick to call James Ray a “guru,” which is precisely why most people today are afraid of that word. It is often used in connection with “negative” media stories. I have published a few things on the complexity of credentials and spiritual leaders, and in “Return to the Sacred” I included an entire chapter on the pros and cons of working with a guru because it is such a delicate matter. The mere mention of the word causes many people to recoil, but “guru” simply means a teacher to whom students are devoted in an equal relationship of power. The teacher is also devoted to the students and stands by them no matter what. Ideally it is a selfless role. It is great to find a teacher or a mentor. The difficult part lies in sorting out who merely claims to be a guru from who truly deserves the title.

In my research on extreme spirituality I have found a complex history of misuse and abuse. Yet practices such as fasting, deprivation of one kind or another, staying up without sleep and other physical types of austerities can lead to very real and meaningful experiences and personal healing. They have been at the heart of our religious traditions as long as we have record. Think of Jesus in the desert, Moses up the mountain, Buddha beneath the tree and Muhammed in the cave—all practiced austerities that would make the average American cringe. Most of the great spiritual teachers who have made a positive impact on the world, Gandhi and Martin Luther King included, undertook training and retreats that would make the local police chief and medical authority suspicious. People do these things because they work. I support that. The problem lies in how we do them, who guides us and why. We need to expect more from our leaders: accountability and credibility—not just great marketing. We also need to expect more from ourselves.

the world of self-help

Each teacher and each student must take as much responsibility as possible to live, act and choose with accountability. That means integrity, credibility, proper training and humility. There is a line between trusting another and ignoring your intuition and safety. This sad event calls us see that our world is out of balance and people need retreats and self-help leaders more than ever. But we also need more discernment, more caution and more accountability in such things than ever before. Spiritual practices are more powerful than most people will ever know, I have spent my life learning that first hand. But anything with power, even medicine, has the ability to hurt as much as it has the ability to heal. It’s time we expect more accountability from the world of self-help. u

John Ellerby, Ph.D. has studied sweat lodges and other spiritual practices around the world for over 20 years, blending extensive periods of mentoring with academic research and professional experience. He is the author of “Return to the Sacred: Your Spiritual Personality” and is the Spiritual Program Director for Canyon Ranch Health Resorts. www.returntothesacred.com