State of the Universe Address 2010 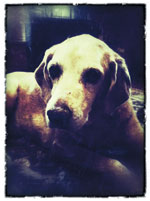 Wake up laughing, and wise up loving: The upwising has begun! 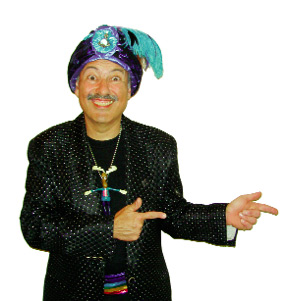 Well, another 12-month episode of that long-running comedy of situations, “Universe Knows Best,” is in the can, and you’ll be happy to know the show has been renewed for another season. The Producer thinks it’s hilarious. However, if you’re like most of us, you really had to strain to hear the laugh track in 2009. Certainly, there was plenty to not laugh about. Take our political system—please!

Well, another 12-month episode of that long-running comedy of situations, “Universe Knows Best,” is in the can, and you’ll be happy to know the show has been renewed for another season. The Producer thinks it’s hilarious.

However, if you’re like most of us, you really had to strain to hear the laugh track in 2009. Certainly, there was plenty to not laugh about. Take our political system—please!

A year ago, Americans believed they had chosen not just a new Pre­sident, but a new precedent. Well, now that the hopium fix is wearing off, we must face the inconvenient truth that if we want a truly new deal, we the people must become the new dealer. Unfortunately, the old dealer seems to have dealt a great hand to the uncommonly wealthy at the expense of the commonwealth.

Obama bails out Wall Street, and bails out on Main Street

Riding high on the shoulders of public opinion, President Barack Obama came down to Earth, showing he—like anyone else in the em­ploy of the American Empire—must answer to the Board of Direc­tors, and not to the shareholders. To give credit where credit is not due, the Administration bailed out the big banks, which immediately reinvested the money in three big houses: The White House and the two houses of Congress. It’s a buy-ological fact: When the banks are picking up the tab, the government becomes more usurer-friendly.

No wonder they have names like Chase and Wachovia. Sadly, a lot of little folks are feeling walked over. Last year, downsizing and lay-offs affected every industry. I recently went to one of those ’50s and ’60s rock music nostalgia shows, and was shocked by the line up: The Jackson Four, The Three Tops, Two Dog Night and the Everly Brother.

Even I went minus last year, and frankly it left me nonplussed. So I too have had to downsize. I’m now wearing smaller pants.

Fortunately, the up-wising continues, as the body politic now recognizes the difference between change and chump change. I predict even more awakening and a-wisening in 2010. Americans are waking up left and right, because the news is alarming and the snooze button no longer works. Anger is becoming all the rage, proving once again that old adage: The truth shall upset you free.

As even more shift hits the fan in 2010, the body politic will need all the fortification and nourishment it can get to metabolize the political toxins and neutralize the socio­path­o­gens. And so I am offering my simple and effective two-step program, because frankly we don’t have time for all 12: Wake up laughing, wise up loving.

Wake up, because it’s time to wake up. Laugh, because there is definitely something funny going on—even if you can’t find the joke hidden in the picture. Yes, waking up is hard to do, so we will need plenty of “ha-ha’s” to go with the “aha’s.” As we wise up to the inconvenient truths hidden behind convenient lies, we will need something to keep us from taking these political toxins poisonally.

Step one: Wake up laughing

Do you realize that billions of people worldwide go to bed serious every night? And wake up the same way?

So naturally—or in this case, unna­turally—the world is in serious condition. Between the stresses of work, the economy and a steady diet of bad news, is it any wonder so many people have gained weightiness?

Yes, the problem is serious. But the solution is humorous. If gravity’s got you down, let levity lift you up. Do you ever wake up in the morning with a funny feeling? Great. Go with it! Feel the levitational pull uplifting the corners of your mouth into a smile. You want to uplift humankind? Uplift your face first, and everyone else will get the idea. It will be like wearing one of those buttons: I lost weightiness. Ask me how.

In the midst of our evolutionary up-wising, we must amp up the loving—particularly loving that which we find most unlovable. Why? The lovable has no problem getting love, because it’s so…lovable. Meanwhile the unlovable is left unloved, and so acts unloving, and becomes even more unlovable. This is a vicious cycle that can indeed become a never-ending cycle of viciousness, unless we end it. So, as the old saying goes, when you find yourself caught up in a vicious cycle, stop peddling and get off.

At the same time, we can love the lovableness to life! We do that by focusing on the positive. That is why I have launched my “Just say no to negativity” campaign. It is especially important that we give our children an esteem bath every day. Next time you see your youngster sprawled out on the couch playing video games, speak only positive words of praise: “What’s right with you, you useful good-for-something? And wipe that smile on to your face!”

I guarantee that before long, he or she will be hanging out with a savory crowd.

As we wise up to the awful truth, we must then rise up to the awesome opportunity: Humanifest destiny! We are here to manifest our destiny as imaginal souls in the body of a newly emerging organism called Humanity, where each of us is totally unique—just like everyone else! We are here for one singular purpose—to let our light fully shine. The enlightened ones call this fulfilament.

And with more delighted lights lighting up, enlightening is going to strike more frequently. A critical mass of us will recognize that we’d be a lot happier and a lot more successful if we put our energy into fruitfully re-growing the Garden instead of fruitlessly scrapping over the scraps. As we children of God put aside childish things like war and greed and finally become adults of God, we will evolve past the Ten Commandments to the One Suggestion: Love thy neighbor, otherwise there goes the Neighborhood.

Yes, this will require conscious evolution, but I say we were created to evolve. Otherwise Jesus would have said, “Now don’t do a thing till I
get back.”

As you probably know, I never make predictions because I don’t want to jeopardize my non-prophet status. However, I do set intentions. And so, may 2010 be the year that we collectively tune out reality TV, and tune into…reality! We humans collectively are in the hero’s role in the greatest adventure story in human history: Conscious evolution! A world win campaign where the whole world can win.

May we use our intelligence intelligently and our hearts lovingly. May we wake up laughing, and may we wise up loving. And may we—each and all—achieve fulfilament.

Swami Beyondananda is the alter ego of author and uncommontator Steve Bhaerman, and can be found online at http://www.Wakeuplaughing.com.