Before the Slow Food Utah micro-grant program began giving seed money to local farm and garden projects around the state—funding seed-saving programs, food workshops, farm equipment purchases, community gardens—the organization hand-picked Wasatch Community Gardens as their first grant recipient. Their second was Riley Elementary for the construction of a small school garden for the students. Then, the idea really took off. 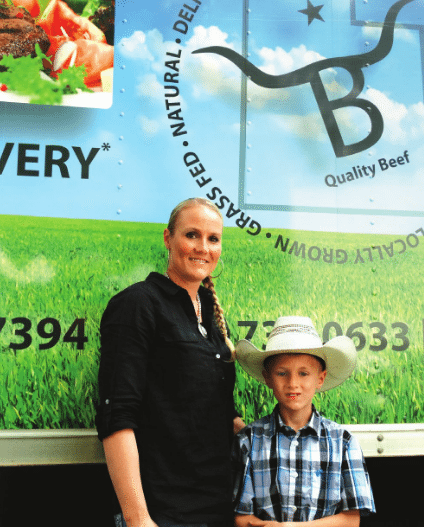 s the one who wanted to start a full micro-grant program,” recalls Gwen Crist, the Chapter Leader and Board Chair for Slow Food Utah. “And since we started with that model, in 2008, the growth has been phenomenal. The number of applications we get increases every year.” This year, Slow Food Utah received five times the number of grant applications they were able to fund.

The Slow Food Utah micro-grant program, made possible largely by the annual Feast of the Five Senses fundraiser dinner held each fall (this year it’s October 18; see SlowFoodUtah.org), helps local farmers, food producers, food activists and community groups fund small-scale, hyper-local, independent projects most of which would not attract funding from non-local sources. “We are filling a gap,” says Crist. “We want our grants to have an immediate impact on small projects.”

In 2012, for example, my husband and I received a modest Slow Food grant enabling us to buy a small breeding flock of rare North American heritage ducks and geese—a project documented in a year-long CATALYST blog called “Fowl Play.” It wasn’t the kind of thing we were likely to get a federal agriculture grant for, but it was the kind of local food project Slow Food wanted to help make happen.

This year, Slow Food Utah awarded 12 grants. They funded a hoop house, a drip irrigation system, a wheat mill for grinding flour, a foraging class, a school nutrition program, and other projects that advance our local foo

d culture and have a strong community impact, what Crist calls “community buy-in.” As in past years, many of these recipients focused on heirloom foods or artisanal methods of cooking. Together, these initiatives will strengthen our local food traditions, an essential tenet of the international Slow Food movement. Here are a few of their stories.

ound the valley—school garden beehives for City Academy, community gardens for the Utah AIDS Foundation, the First Unitarian Church, Cache High Alternative School, Rose Park Elementary. This year, another community garden sprang up with the help of Slow Food Utah in the back yard of the Bud Bailey Apartment Complex, a modern 134-unit building that is home to refugee, immigrant, low-income and formerly homeless families.

nty and the local chapter of the International Rescue Committee, which currently manages the garden and gardening programs. Cecilia Hackerson, IRC’s Community Gardening Specialist, has been with the project since it started in June.

“I think the greatest benefit, besides fostering a sense of community at the Bud Bailey Apartments, is teaching these youth to be aware of where their food comes from and to value knowing about their food,” says Cecilia Hackerson. “We are giving them the information and skills to make healthy choices about what they eat and then they are taking that home and imparting what they learn to family and friends.”

With the infrastructure already in place in the form of six raised beds, the micro grant was put to use this summer buying seeds, fertilizer and soil amendments, paying staff and buying some snacks for the kids. By June, Hackerson, two youth leaders and 30 children ages five to 12, some refugees from as far away as Butan and Congo, were elbow deep in the summer garden soil.

In addition to hands-on garden time, the children participate in season-appropriate workshops, learning everything about soil health and how to tell the difference between good garden bugs and garden pests. As the cool weather moves in, reports Hackerson, the children have been busy, like most farmers, harvesting the last of the beans, squash and cucumbers.

It’s been an interesting year working out some of the kinks. Large gaggles of energetic youngsters, each wanting their hands in the dirt, is quite a handful for the garden staff, says Hackerson, but so far the rewards are coming in as full as the autumn harvest.

There is a romantic tinge of old-fashioned farming days with this next Slow Food grant project, the purchase of a Cache Valley community cider press. Imagine the light slanting through the yellowing leaves of an apple orchard in autumn or the murmuring sound and occasional laughter of friends, family and neighbors as they move through the trees picking the ripe red fruit. It’s a pastoral scene soon to be brought to life by Mary Ann Hubbell, the secretary of the Cache Valley farmers market, who spearheaded the project—something she hopes will reconnect her community with each other and with their agricultural roots.

“My step-brother lived in an art commune in Israel right up near the border with Lebanon,” says Hubbell, recalling the inspiration for her project. “They grew everything they needed there, all organic, and despite being in a conflict zone with rockets falling around them, he said it was a peaceful place. If you were planting that day, he would tell me, you would put a sign out and neighbors who weren’t busy would come to help. Then when you harvested, you shared your harvest. It made me think of how nice it would be if our community could come together and support each other in a similar way.”

Apple trees, the remnants of Cache Valley’s turn-of-the-century agricultural heyday, when orchards lined the valley, still stand here and there on the properties of many valley residents. Though Utah’s orchards could never compete well enough on the national market, they continue to produce enough to drive apple tree owners crazy. In productive years, even a single tree can be more than one family knows what to do with. That’s where the Cache Valley community cider press comes in.

“Our cider press will not be available to people who are pressing for market sale,” clarifies Hubbell. “Our idea is to plan on a cider pressing day, let everyone know, and everyone brings their apples. It’s a community thing. That way we can even share apples, combine fruit from a whole neighborhood and then divide up the cider.”

Hubbell’s double barrel community press, complete with a grinder, has already arrived in the mail. Word has gotten out and people are already excited. Regarding how to share the press and keep it in good working order, she is leaning towards a cooperative model that charges members a flat annual usage fee to cover maintenance.

If all goes well, Hubbell already has ideas for expanding the community co-op to include tools like a honey extractor and a small garden tiller.

“I want to know where my food comes from,” says Bjorn Carlson, owner of Blue Tree Beef, sounding more like Michael Pollan than a second-generation Utah rancher. Carlson, following in the footsteps of his father, operates a family cattle operation in the Uintah Basin. It’s a small herd, only about 100 heifers, primarily black Angus cattle with a few Hereford and Charolais (pronounced shar-lay) in the mix, but it’s about all that one family can handle.

Market day, at the Salt Lake and Ogden downtown farmers markets, is a Carlson family affair. Those who stop by the Blue Tree Beef booth to pick up a cut will likely meet one of the friendly, busy tow-headed children. “They see the whole spectrum,” says Carlson. “They’re learning how to socialize and communicate with adults. On the ranch, they’re seeing how we take care of Mother Nature.” It’s hard, honest work that he hopes to pass on to his kids some day, and work that he takes mighty seriously.

“For the last few 10 or 20 years, food and agriculture has become too commercialized,” says Carlson. “It’s all about low cost. Forget about quality. But I want to raise meat that I feel good feeding to my own kids.”

Blue Tree Beef is raised on chemical-free pastures at the foot of the Uinta Mountains. It’s the kind of food that more people in Utah are starting to ask for.

The last four years, says Carlson, the family has relied on a trailer, outfitted with four large chest freezers and an inverter, to get their beef to the farmers market in downtown Salt Lake. Though it was a masterpiece of rancher innovation, it wasn’t ideal, especially when the Carlson family business expanded to Ogden. That’s when Carlson sought a Slow Food Utah grant for a refrigerated truck that now lets them take more goods to market.