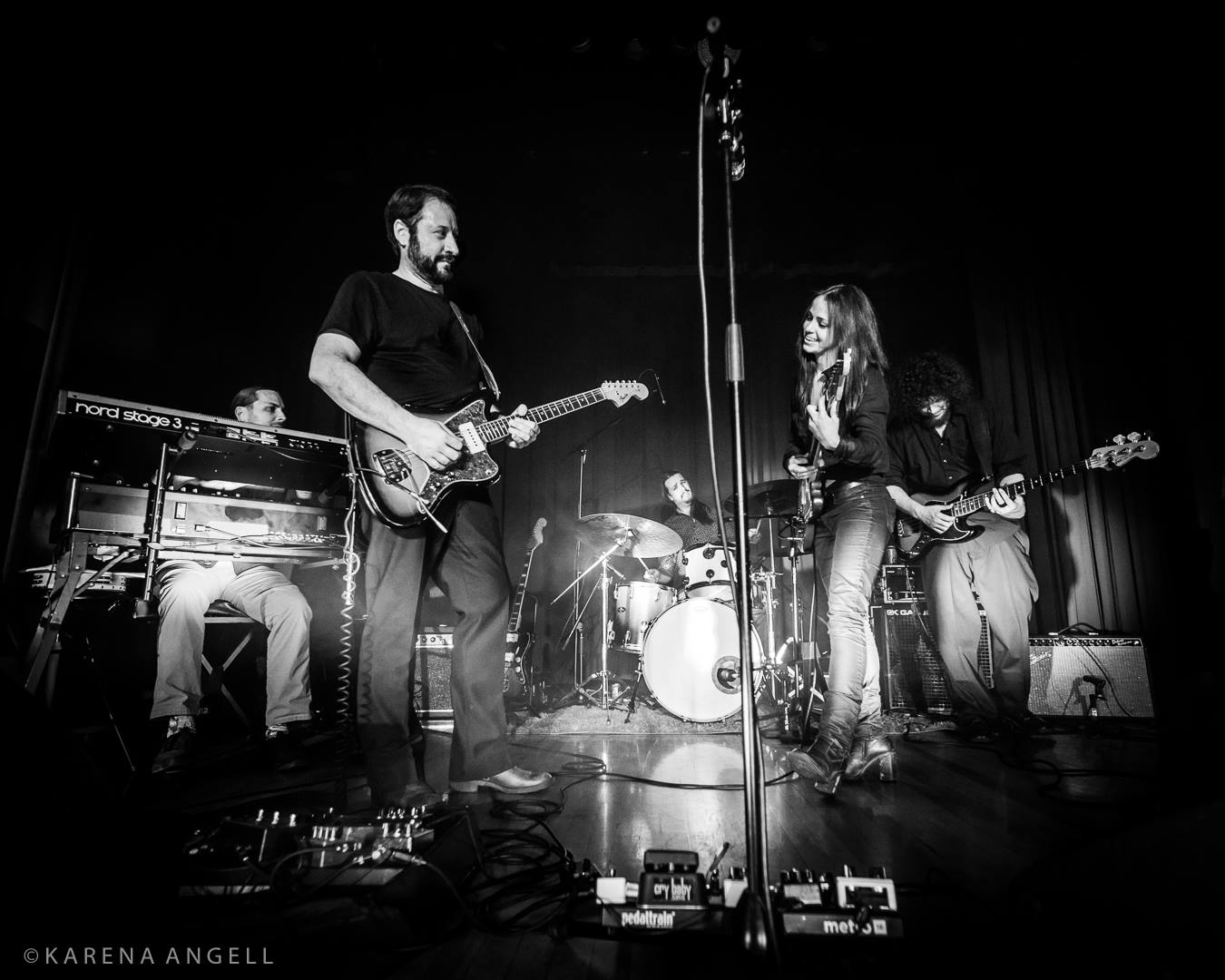 Sarah DeGraw & the Odd Jobs captivated a crowd during their debut album release June 23 with a combination of menacing and warm sounds that are commanding, yet inviting. Everything about their sound draws you closer.

People of all ages, even children, made their way to the front of the Clubhouse venue as soon as Sarah DeGraw & the Odd Jobs took the stage. All at once, the band began to play and no one could hold still. Even those in the back corners of the venue managed to sway side-to-side or tap a foot to the beat. The feeling was electric, and the crowd was able to let go and simply feel the music.

“For me, the intention for music is to create some bubbles, some rivalries, some feelings to stir you up a little bit,” DeGraw said. “Whether that’s happiness, sexiness, beauty or angst — whatever it is, as long as you feel something, I think that’s the point of life and I feel that we did alright with that on this record.”

DeGraw writes music to feel something, and while listening to what she and the band have created, you will certainly feel something too. Maybe you’ll be drawn in by the unmissable passion behind the vocals or the classic folk and rock ‘n’ roll style of the instrumentals. Or maybe it’s the intense lyrics that tell the story of DeGraw’s life up to this point that will catch your attention.

At five years old, DeGraw began singing harmony in a family band. At age seven, she learned her first instrument, the cello. She began learning how to play a variety of instruments such as the piano, guitar and drums. Her current musical outfit (Sarah Anne DeGraw & the Odd Jobs), you’ll find her holding an electric guitar in her hands next to band members Michael Sasich, the lead guitarist, Greg Shaw, the bassist and Joey Davis, the drummer.

“The songs, the sounds and the instrumentation all happened organically, but the songs came from just — life,” DeGraw said thinking back at the record’s creation process. Because the songs portray her life, it is a rather intense record, according to DeGraw.

The old-school feel of the venue twisted together with the sounds of Sarah DeGraw & the Odd Jobs took you back in time. The Clubhouse venue originally served as the Ladies Literary Club, which was established in 1877. It was a place where forward-thinking women gathered to read, write and look at art, according to the Clubhouse website. DeGraw is a female powerhouse who creates her own art through music. Crook & The Bluff and The Arvos were the openers for the night.

DeGraw’s favorite songs are the first and last on the record, “Hey Lotus” and “Gypsy Woman.” “Hey Lotus” is loved for its production. It has a moody beat reminiscent of 70s rock ‘n’ roll that will make you sway, then it transitions into a snappy bridge. Eventually, her strong vocals reel you back to the melody.

DeGraw’s most favorite song on the record is “Gypsy Woman.”

“We all love playing [Gypsy Woman] a lot. We can let go a little bit and just play,” Degraw said. “That’s the whole point when you’re on stage — to be able to feel the music.”

It is evident with every move and with every sound that nothing the group does is done by accident. Every aspect of their performance serves a powerful purpose, and by the strong response from the crowd at their album release launch, the effects are palpable.

The self-titled record has been in production for the past year and is now available here.

This article was originally published on July 11, 2018.