Many people are choosing cleaner, healthier foods these days. But what about their pets’ food? What’s really in it, beyond the cheerful labels?

Aspen Anderson, founder of Desert Raw Holistic Pet, discovered the power of food after her six-year-old dog, Baxter, slowed down and started having digestive issues. Around that time, Anderson began working for a raw food pet company and immediately switched Baxter’s diet from grocery store dry kibble to a raw diet.

After just two weeks of being transitioned to the new food, Baxter started to gain energy and his incontinence and digestive issues vanished.

Anderson says she saw firsthand that a raw diet can help pets live longer, be healthier and have a better life.

To understand why the raw food diet is so beneficial to pets, one must first understand the genetic makeup of an animal. Anderson calls this the ancestral diet philosophy.

“If [a dog’s] digestion system is the same [as a wolf’s] and their DNA is the same, you must look at how and what they eat in order to understand what dogs should be eating.” Majority of what wolves eat is meat, bones and scraps.

Cats began to be domesticated about 14,000 years ago. They were used to protect grain by killing mice and other pests because they are not interested in eating the grain. Cats, for thousands of years, survived off of almost nothing but meat.

When you look at the history of cats, it makes no sense to be feeding them commercially produced, grain-based kibble, said Anderson.

Canned dog food was introduced in 1922, according to the Pet Food Institute. By 1941, canned dog food had a 90% share of the market. With the advent of WWII, the government began to ration tin and meat, causing a need to rethink the way dog food was made and packaged. 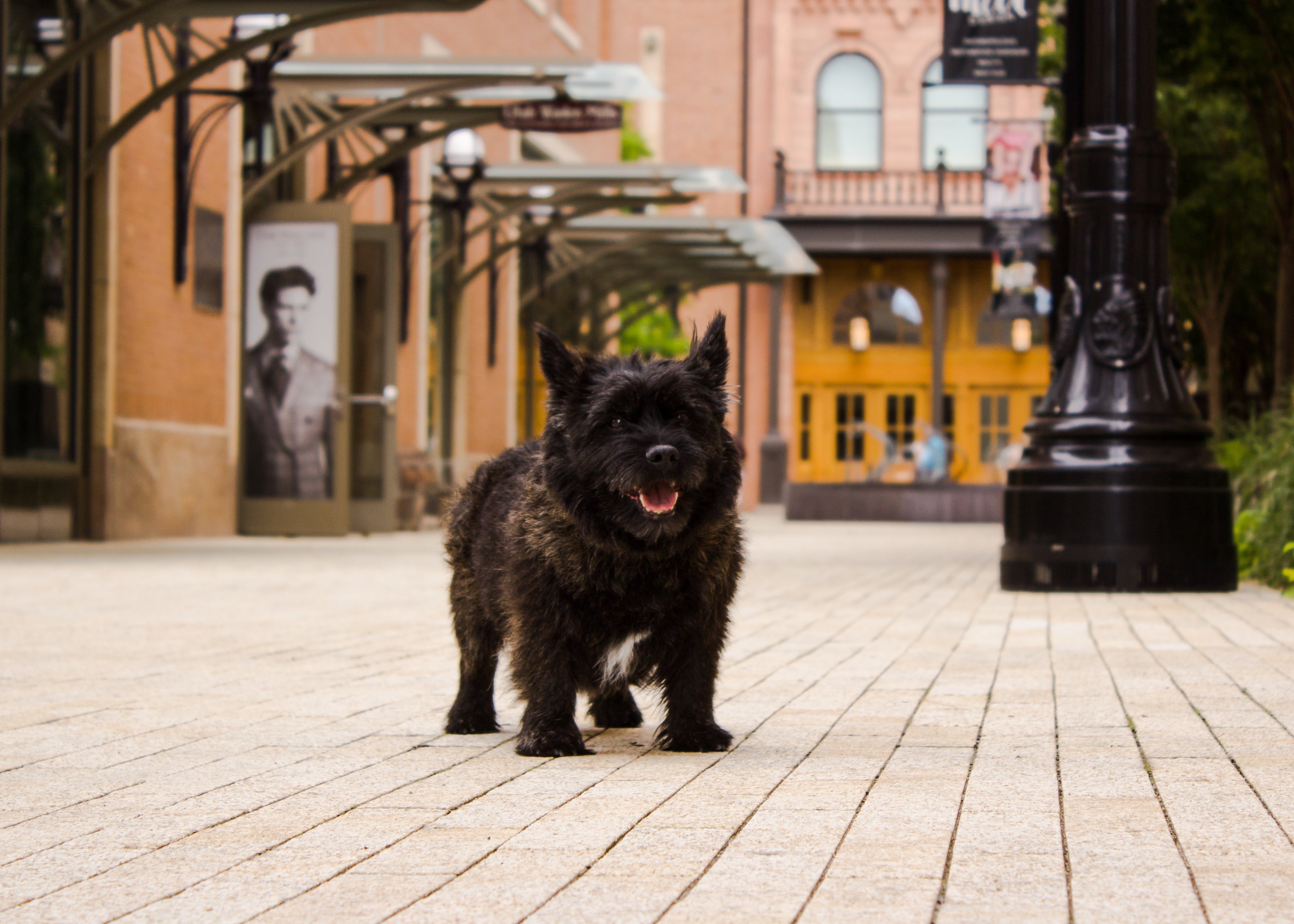 “Purina’s pet food division borrowed an extruder from the cereal division and experimented with it in secret for three years. The result: Purina Dog Chow. Dogs loved it, it digested well, and it quickly became the number one dog food in the nation and still is today,” according to Miss Cellania, managing editor at Neatorama.

Pet food companies began buying by-products from the cereal industry and created a shelf stable kibble using a combination of grain and meat. This was extremely cheap to make and was the start of dry dog food.

This new diet for dogs started just 70 years ago.

“From an evolutionary perspective, that is less than a millisecond,” Anderson said. A number of chronic illnesses emerged among the first generation of dogs who were raised on dry food in the 1950s. 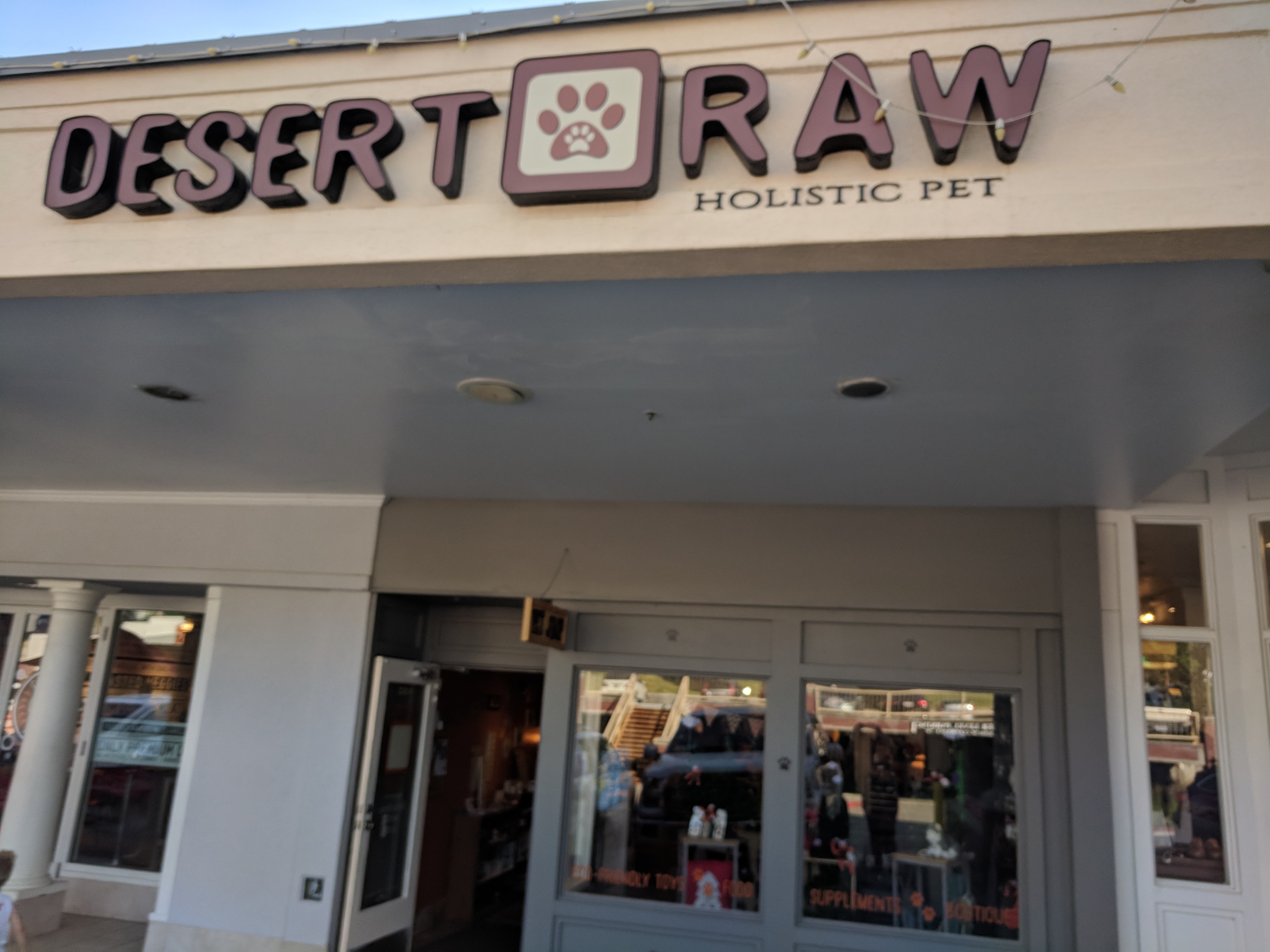 By contrast, raw food is beneficial to pets because it contains the moisture, meat and enzymes needed for them to be healthy.

As a community-focused person, Anderson knew she wanted to bring her knowledge of the raw food pet industry to Salt Lake City and so in 2016 she opened Desert Raw in Foothill Village. She carries raw brands, dehydrated, high-end dry, canned and local foods. The store also carries treats, supplements and hemp oil, which can help pets with firework anxiety during this time of year.

More information can be found on DesertRaw.com

This article was originally published on July 2, 2018.