Tyler Montague and Holiday Dalgleish made an important decision about six years ago. They decided that it was time for them to collaborate on a farming project.

This led to the birth of Keep It Real Vegetables, an urban farm dedicated to organic growing methods and producing rarer and more interesting products.

Montague and Dalgleish believe that when it comes to farming, “simple is better.”

So, they practice regenerative agriculture. Meaning they don’t use any chemicals on their plants. They try to keep the soil as healthy as possible by not just using organic compost, but by also not tilling their gardens. 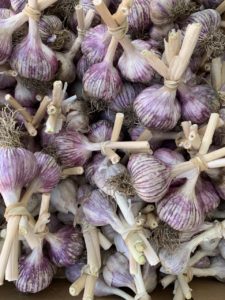 Montague explains that tilling tends to release the nitrogen and carbon that plants need in the soil. To avoid that release, they use hand methods like hoeing and raking to get the soil ready to plant.

They also have been experimenting with compost tea. This is exactly what it sounds like; water that has had compost steeped in it. Compost tea protects the plants from disease. (See James Loomis’ article on it here). Dalgleish and Montague report good results with their crops.

Keep It Real tends 10 different gardens across the Salt Lake Valley that Dalgleish and Montague run. Not a single one of those gardens is owned by them. Instead, the land they use has been donated by people who have more space than they can use.

Montague and Dalgleish pay for the water they use and every week, during the harvest season, give the landowners a bag of produce they’ve grown. On top of that, the landowners get a beautifully maintained garden in their backyard and the knowledge that their land is doing something productive. 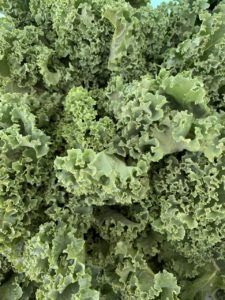 Dalgleish and Montague have sold at the Downtown Farmers Market and the Wheeler Farm Market since Keep It Real first started. In addition to straight produce, they offer premade salads that have edible flowers in them.

They also provide produce for about 10 local restaurants, including the Rose Establishment and Yoko Ramen.

The work with local restaurants has not gone unnoticed. In May of this year, Taste Utah gave them an award at the Utah Restaurant Industry Awards.

Since Montague and Dalgleish can’t compete financially with bigger farms, they compensate by growing much more interesting produce. One of their more popular products is the Armenian cucumber, which is used often in Greek food. They also grow a whole rainbow of carrots and decorative corn.

For Dalgleish and Montague, Keep It Real is about more than just selling odd vegetables and winning awards. For them it is a real passion project.

“I feel like I’m doing something good for the environment,” says Dalgleish.

Katherine Rogers is a senior communications major at the University of Utah.

This article was originally published on August 8, 2019.