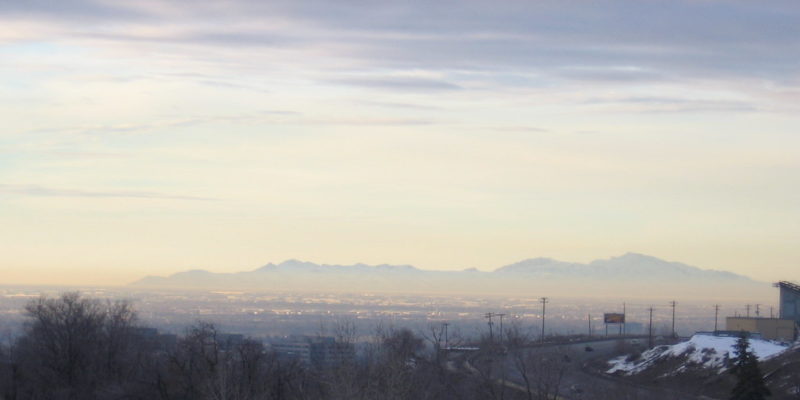 The American Lung Association grades Salt Lake County “F” for clean air. As a whole, the Salt Lake metropolitan area (Salt Lake City-Provo –Orem) is ranked as the 8th most polluted city in the nation for particle pollution and 14th most polluted for ozone.

The 2019 release of the annual State of the Air report says that climate change is making air pollution worse since hot weather is related to high ozone days and spikes in particle pollution. Nationwide, air pollution emissions have dropped steadily since 1970 thanks to the Clean Air Act, which is currently under attack by the Trump Administration. Federal rules affect Utah because enforcement by the Utah Division of Air Quality (DAQ) is pegged to federal clean air standards. Some areas of Utah have been out of compliance with federal standards since 2006.

In April, the Utah Department of Environmental Quality submitted a new air quality plan for Utah after a coalition of clean air activists threatened a lawsuit. Unfortunately, the new plan fails to account for projected population growth, or for emissions from the inland port, a massive industrialized zone planned for Salt Lake City’s Northwest Quadrant. However, thanks to SB144 (sponsored by Utah Senator Luz Escamilla in the 2019 Utah Legislature General Session), air quality monitors are being installed at the inland port site in order to establish a baseline and monitor environmental impacts.

The good news is that as a result of the new air quality plan, Rio Tinto has permanently closed a coal plant that has powered the Kennecott Copper mine since 1943. Instead, Kennecott is using renewable energy certificates from Rocky Mountain Power, a move that could reduce the carbon footprint of the site by as much as 65%.