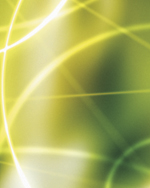 At the same time that the sky was falling and markets were collapsing in January, eight films exploring issues of environmental distress showed up at the Sundance Film Festival. Films examining how our oceans have become overfished and mercury-laced, our topsoil eroded and how to make our carbon footprint less indelible were screened in hopes of a commercial sale.

At the same time that the sky was falling and markets were collapsing in January, eight films exploring issues of environmental distress showed up at the Sundance Film Festival. Films examining how our oceans have become overfished and mercury-laced, our topsoil eroded and how to make our carbon footprint less indelible were screened in hopes of a commercial sale. Each film raised fundamental questions about short-term demand versus sustainability in a narrative way, giving a face to statistics and headlines.

Had Sundance “gone green,” the pundits asked? More likely, the submissions reflected the concerns of socially aware filmmakers and how important climate change and environmental stewardship has become globally. These were not gentle early warnings, but siren alarms.

Documentaries are exploring complex issues of sustainability and climate change issues because they are important to examine in tangible, emotional ways.

At the same time that these “green films” were being examined in the bubble of Park City movie theaters, a local drama was unfolding. EnergySolutions, a hazardous waste disposal facility near Salt Lake City, offered to be an economic solution to our economy: Sell the potential safety of our future for the short term financing of our schools and social services by importing Italian nuclear waste. It was a bogus argument, a deal with the devil and thank goodness the Governor and our elected officials did the moral math. But it raised an important question for those of us in the storytelling business: How do we keep the promise of green technologies, environmental stewardship and discourse alive during economic hard times? How do we think long term in the ways we set policies and invest, when it could affect our individual and collective bottom line in the short term?

My problem with EnergySolutions is not necessarily the business they are in; I am willing to investigate the facts and explore the issues of nuclear waste, a byproduct of nuclear energy, in a time when coal and fossil fuels are depleting resources and wind, and solar alternative are on the rise but not commanding market share. My problem with EnergySolutions has always been its spin factor. From Envirocare to EnergySolutions, its branding and messaging have been unabashedly Orwellian and their media antics Karl Rovian.

Let’s be clear: They are not an energy solution. They are one waste solution-and this winter they began positioning themselves as a deficit solution. In February the Salt Lake Tribune reported that the company had been working “quietly with state lawmakers on a proposal to have the state split Energy Solutions’ profits from the disposal of foreign waste,” with Utah’s share being an estimated “$100 million or more a year.”

“We think there’s an opportunity for the governor, the Legislature and Energy Solutions to come together and find a solution to this issue and also to provide a benefit and assistance to the people, the citizens of the state of Utah,” said company spokesperson Jill Siegel. Like many states, Utah was expecting a severe budget shortfall; this would make any legislator look twice.

Or, in this case, at least three times. The Salt Lake Tribune discovered that EnergySolutions had contributed funds to more than 80% of current lawmakers. The leading recipient of their largesse was the Utah Republican Party, at $154,520, followed by the Utah Democratic Party at $44,900 and Attorney General Mark Shurtleff at $30,000. In addition, according to the Tribune, the company employs at least 10 of the most influential lobbyists in the state. At the federal level, in 2007 the company spent over $1 million in lobbying.

I was stunned. The veil of lobbied, vested interests had been lifted and the deal had become positioned as means to a “higher purpose.” The advertising went from benign/sublime to fraudulent. Owner Steve Creamer even indicated the waste might be good for our future potting soil.

How in the world do we keep balanced conversations alive with allegations that are not only false – but also blatantly preposterous?

Thankfully HEAL-Utah responded with a very effective “Utah is NOT for Sale” campaign and also asked citizens to register their concerns with elective officials and the airwaves.

I think we will see more of that in the future. Our citizens, the fourth estate and the democratic process proved that as hard as it is to go up against a media blitz and lobbying machine-especially in this moment of economic downturns-going on record and taking strong editorial positions pays off.

In the end the offer went nowhere. As the Tribune’s headline cheekily proclaimed: FUNDING HOT WASTE GETS COLD SHOULDER. While it’s a lot of work pre-empting short-term gain versus advocating for long-term viable solutions, one lesson learned is that having the moral muscle to invest in green energies and policies that protect our air and water resources requires discipline and accountability. We must do our part by being intellectually curious and staying literate.

To that unapologetic end, the Salt Lake Film Center along with 3form, Nature Conservancy, Grand Canyon Trust and CATALYST magazine and others, have curated four green films in April that hope to inspire more conversations about the importance of environmental stewardship and celebrate those journalists and activists that have argued effectively on behalf of our planet. I want to spotlight one glorious screening of DisneyNature’s eye-popping, jaw-dropping, heart melting film “Earth” that commercially opens unabashedly on April 22nd, Earth Day. You can read more about the four films inside this issue of CATALYST on page 33. Stay tuned.

Geralyn Dreyous is founder and executive director of the Salt Lake Film Center.

This article was originally published on April 6, 2009.