When you hear the word “rave,” what comes to mind? For many it’s the image of out of control crowds, incomprehensible music and risqué outfits. Indeed the rave culture has come to mean many things, and even the word itself produces a polarizing response of either “ew why do you like those” or “PLUR is life!” (PLUR is an acronym for Peace, Love, Unity and Respect.)  All around the world rave culture is growing and changing, and in Utah there is no exception. In late August V2 Presents (the leading EDM promoter in Utah) hosted their seventh Das Energi at the Great Saltair. Nine thousand people aged anywhere from 18 to 50 came from all over the state, as well as out-of-town, to Magna for two electric nights, an event that signals a shift in Utah entertainment and pop culture.

Utah may not be the festival hotspot that California, Nevada or even Michigan are, but since 2011 thousands of people gather each August in the high desert to witness the desolate Great Salt Lake transformed into a glowing world of music, art and love. World renowned DJs like DIPLO, Tiesto and Kaskade come to Small Lake City to perform for a sea of smiling faces. For many young Utahns, Das Energi is the highlight of their summer, the last send off before another year of school or a final hurrah before the fall season hits. 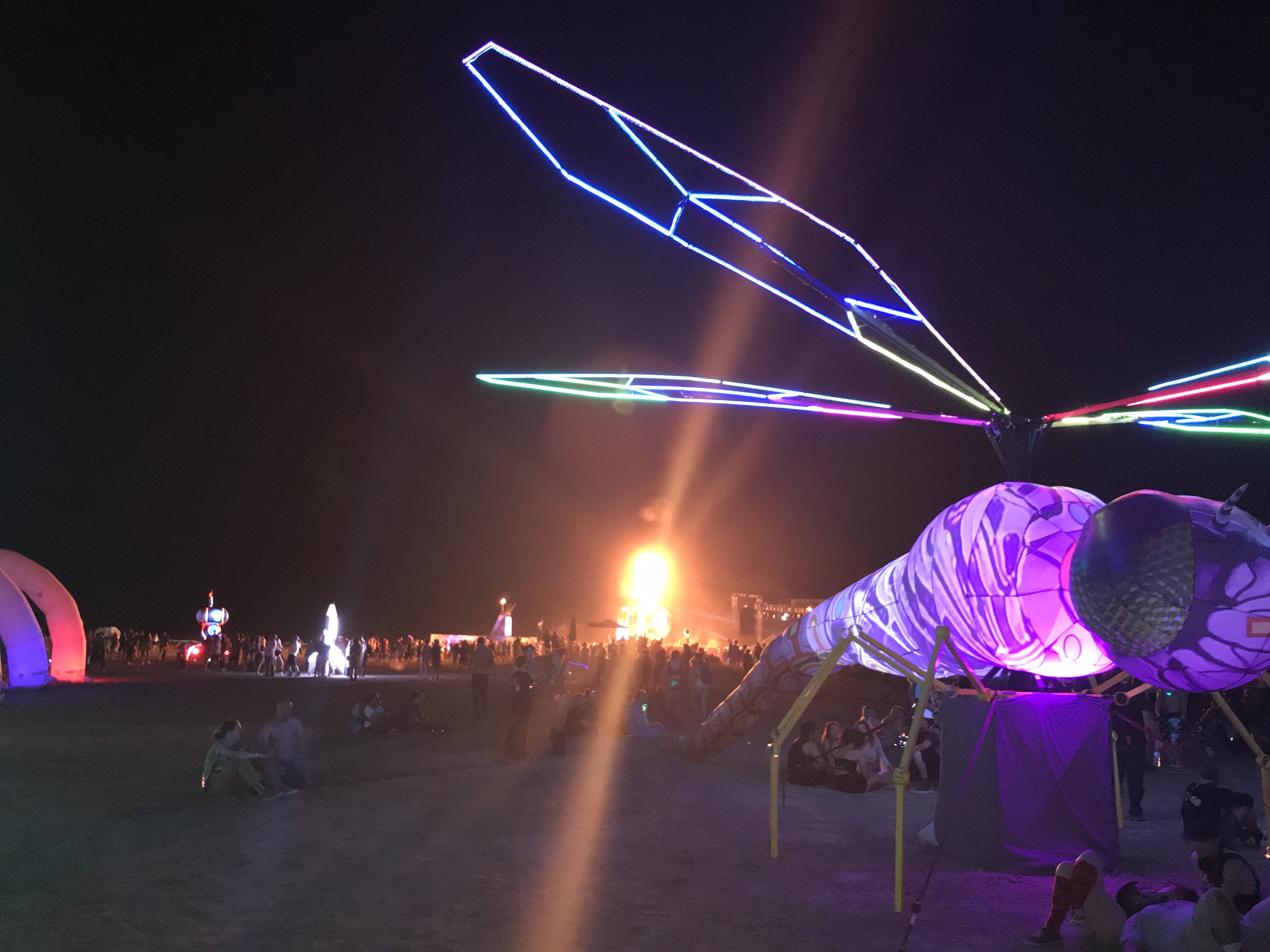 You may be wondering why seemingly “normal” folks would spend hundreds of dollars to sweat alongside 9,000 glitter-covered bodies. As someone who has grown up skeptical of raves until I attended my first one a year ago, I can attest that something special happens when you’re in the middle of the crowd, each heart beating to the same rhythm. Here you can be whoever you want, wear whatever you want, and do whatever you want! Of course there is  a general set of rules you’re expected to follow: the acronym  “PLUR” (Peace, Love, Unity and Respect) provides a general set of guidelines that basically advise you to be a good person and live your life without hurting others. Born in the early rave culture of Brooklyn in the ’90s, the four words began appearing on subways and brick walls after DJ Frankie Bones, considered one of the founding fathers of raves in the US, gave a speech on the message of raves at one of his events, “This is a place of acceptance and love without room for violence or hate. In modern terms PLUR is understood as the one rule that every raver follows, a right of passage each raver learns when they begin their membership in this eccentric, unique and wacky community.”

A rave is a place free of judgment, a space that can be hard to find in our dominantly conservative state. In fact, you can find many progressive ideals at work at raves. When women feel comfortable and safe to wear what makes them feel beautiful, they promote body positivity. When straight men slap on some glitter, they disrupt society’s ideals of masculinity. When trans folks come out dressed to the nines, they normalize the wide scope of gender identities in our community. For some, the thought of raves as an enrichment to our society may seem counter-intuitive, but I encourage those skeptics to keep an open heart to the more unconventional events that are making our community more diverse. And what a better place to dip your toes in than in Salt Lake’s annual rave, Das Energi?

As I arrived to my second year of Das Energi, I felt a familiar spark ignite in my gut. Ever since I discovered this unique subculture a year back, I was yearning to connect with the rave community again. Friday was the first day of the festival, and the energy surrounding the Saltair was palpable. Ravers are passionate people, and it’s evident in the way they dress: colorful and creative. In the way they dance: energetic and carefree. It’s even in the treasures they bring with them (think craft time on steroids): beaded bras, inventive headpieces, LED art, etc. I’ve seen things at raves that I’ve never seen anywhere else, possibly a result of the carefree, no judgment atmosphere that seems to cultivate creativity in everyone who attends. 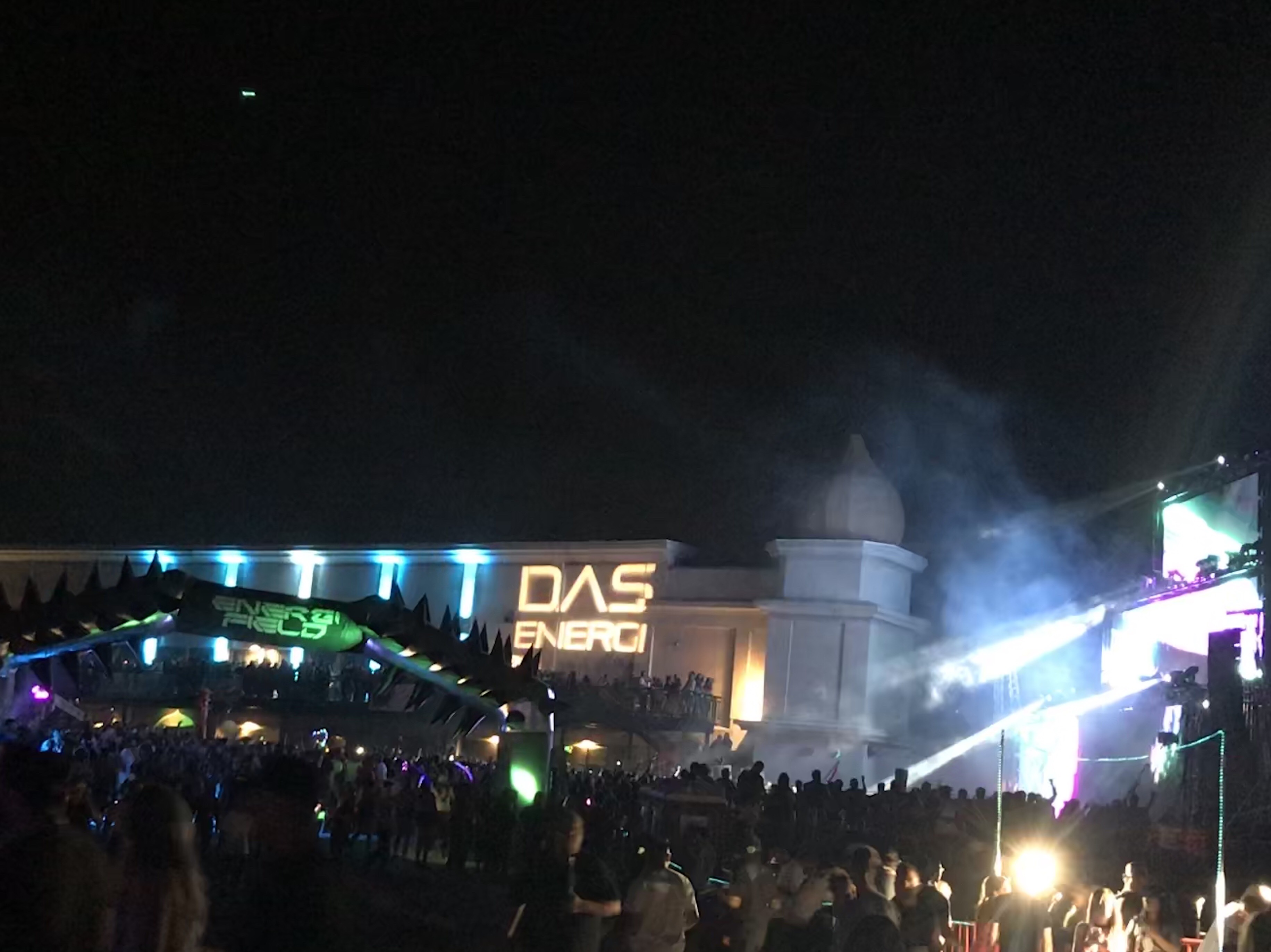 Unfortunately Friday proved to be more of a chaotic mob than the unforgettable night I had been hoping for. Extreme winds and light rain cut the night short, breaking one of the main stage screens and causing one structure to collapse on top of an unlucky festival goer. Staff members began ushering ravers towards the Saltair building and music from the three stages stopped abruptly. Miscommunication among V2 staff resulted in a panicked crowd that was either forced to leave the venue or packed like sausages inside the musty building. For about two hours ravers waited in confusion, many of them embarking on the long journey home to various parts of the valley.

Eventually around 11 pm, V2 announced they would resume the night with artists JOYRYDE, Dillon Francis and Kaskade. Refunds were issued to those who never made it inside the Saltair, but hundreds of ravers who were told to leave by ill-informed staff members were disappointed to hear that they would not be reimbursed for the two hours that the festival was  shut down. Although I empathize with V2 who cannot control the weather and must manage a crowd that has vastly outgrown the venue, I can’t help but think that more streamlined communication among staff members and festival goers would’ve helped deescalate the situation and ensure ravers their concerns were being met.

I was able to make it back to the venue after being told to leave around 9pm, barely making it in time to see headliners Dillon Francis and Kaskade close out the tumultuous evening. An impressive firework display signaled the finale and almost made up for the several hours of music that had been cancelled. Around 3am, I went home feeling unfulfilled but nevertheless looking forward to a fresh start at Day 2.

Saturday delivered the Das Energi ravers have come to expect from V2: a nine-hour extravaganza marked by massive LED dragonflies, fire-breathing stages and of course music to make your bones shake.

If you plan on attending the festival, I highly recommend arriving to the venue early enough to catch the sunset. The flat lake bed provides the most breathtaking perspective of the descending sun, and it is the perfect photo op to capture your painstakingly designed outfit. I arrived around 7pm and walked around the festival grounds to get a good feel for the three stages that would be my utopia for the next few hours. I was then finally able to relax and enjoy the things that make raving so special to me.

Magical things can happen at festivals. People appear to become the most outgoing version of themselves, a by-product of  the ecstatic energy saturating festival grounds, the opportunity for anonymity and possibly serotonin-raising and heart-opening substances such as ecstasy or MDMA. In this state of mind, often uncharacteristic for the conservative majority of Utahns, you are open to new possibilities; experiences that bring you close to people you would never had contact with otherwise or moments of self-reflection that make you appreciate the moment. The number of genuine people that I’ve met at festivals both locally and around the country have opened my eyes to the experiences of those who are different than me. I even met my current boyfriend at a New Year’s Eve rave at the Saltair this past January. 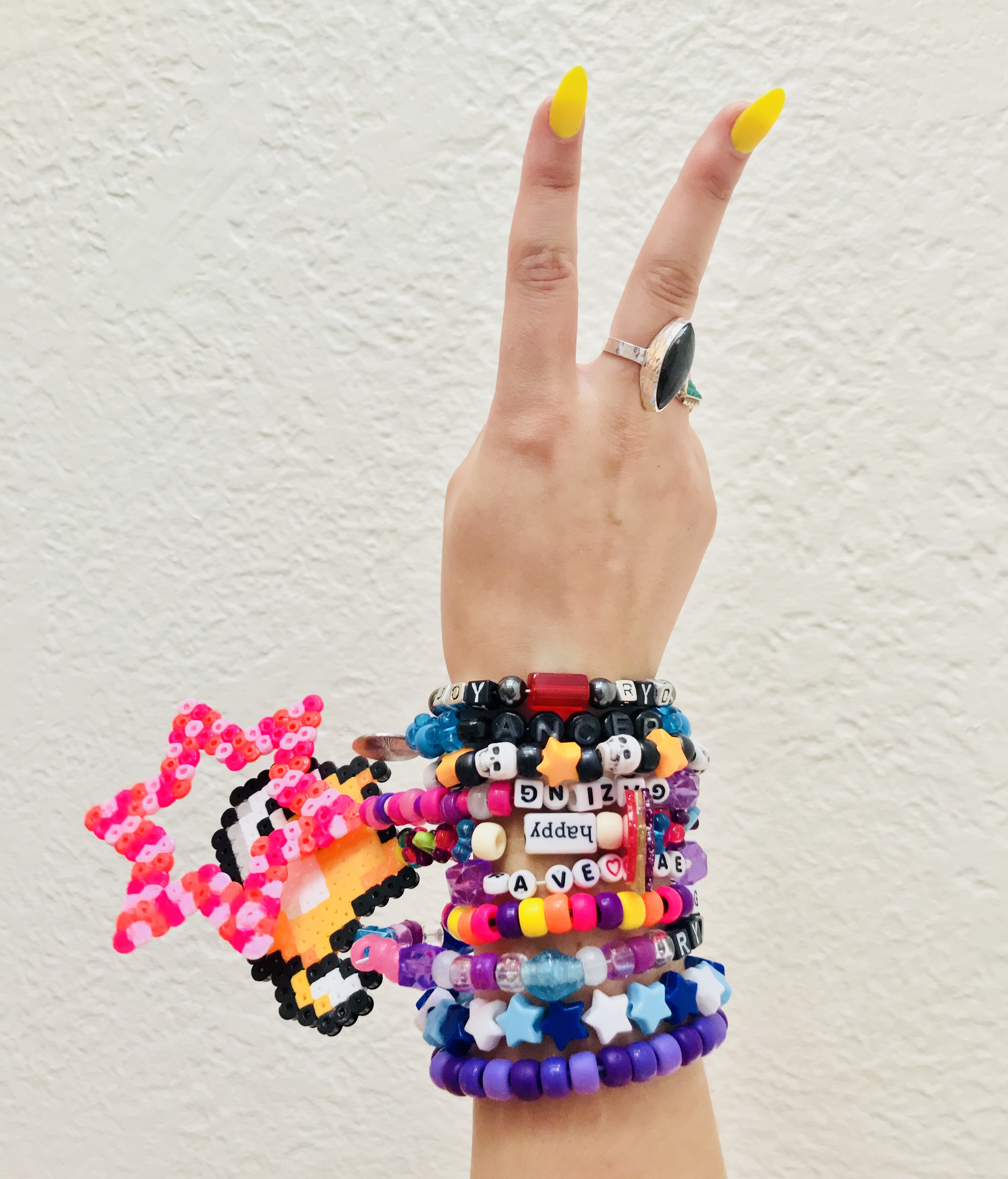 The Kandi Kulture helps facilitate these interactions. Kandi are beaded bracelets that ravers make and bring to festivals. They can range anything from simple designs featuring short words to intricate cuff-like jewelry that ravers spend days creating. Kandi is traded from person to person. They  begin by touching their pointer and middle fingers together then making distinct hand motions coordinating with each word represented in the PLUR acronym (Peace, Love, Unity and Respect).  You end up taking home something thoughtfully handmade that you either keep or continue trading. The idea that something you made could potentially travel around the world through thousands of wrists makes the transaction excitingly personal.

It is always good to practice mindful awareness of yourself and those around you. It would be naïve to say that drug use is not embedded in rave culture, because for many, raving does include mind-altering substances. Knowing this, V2 does their best to provide a safe space for those who choose to partake—water stations, earplugs and medical tents throughout the festival.

Early Sunday morning around 3am, a man was found on I-80 near the Saltair. According to KUTV, he was presumed to have attended Das Energi and was later hit by oncoming traffic. Officials pronounced him dead on the scene. Although no specific information was released as to the circumstances that led to the tragedy, police assume the man was leaving the festival when he became ill and began vomiting over the interstate, eventually falling over.

The somber instance serves as a reminder to practice awareness of ourselves and our surroundings, especially when attending crowded events ending in late hours of the night. Over-consumption of any substance, especially alcohol, has a way of smashing any hopes of a good time.

Despite the dismal situation that occurred Sunday, Das Energi is still held dear in the hearts of ravers across the Western US. One man, an attendee of the festival for several years now, said nothing could deter him from returning to the Saltair: “It’s one of the only events in Salt Lake that draws people together from every walk of life.” The sentiment is echoed by people who  drive across the valley, and even as far as Oregon to be a part of these two extraordinary nights. As more and more folks open their minds to rave culture, our community gets an opportunity to diversify.

A rave is a place where everyone is accepted for being their authentic selves, and whether that’s a person dressed as a pineapple or a person dressed barely at all, there is room for everyone.  Although these events may not be for some, I think most people would shine just a little brighter with a sprinkle of PLUR in their lives.

Avrey Evans is a senior at the University of Utah majoring in Journalism and Gender Studies. She was CATALYST’s 2017 summer intern.

This article was originally published on September 17, 2018.