Monitoring our environment using the internet of things.

Adrian Dybwad (pron. Dyb-wad), from South Africa, settled on the north bench of Draper, Utah in 2008 to follow his passion for hang gliding. Dybwad was drawn to this world-renowned bluff and home of Point of the Mountain Flight Park, not only by the ideal weather and geographic conditions for his sport, but also for the area’s large closeknit hang-gliding community.

Second only to Kennecott

Point of the Mountain is also home to Geneva Rock Products, among the state’s leading producers of crushed stone, sand and gravel used for roads and building materials. The air quality surrounding the area is extremely compromised due to dust.

Geneva may be second only to Kennecott in contributing mining dust to Valley air. With more than 20 gravel pits in northern Utah, the one at the Point of the Mountain is among the worst because of its proximity to a large and growing population. Since 1990, the nearby communities of Draper, Bluffdale, Riverton, Alpine, Highland and Lehi have grown by more than 400%. Geneva has made moves to improve the local air quality and shore up support. They purchased 24 compressed natural gas redi-mix cement trucks and donated materials for the landing targets for a national hang gliding competition. However, this doesn’t change the fact that, as Dybwad says, “you can taste the dust.”

The same consistent wind that makes Point of the Mountain such a great hang-gliding location on most days also blows dust out of the mine and into Salt Lake and Utah County airsheds (depending on which way the wind is blowing) where the state’s highest concentration of people live.

Dybwad says that in 2013, when Geneva applied for a rezoning that would have doubled the size of the Point of the Mountain mine, Draper citizens took it upon themselves to launch an investigation of Geneva’s operations. They found, among other things, that Geneva had been operating outside the boundaries of their permit. (This was not out of character. In 2007 Geneva received the largest fine in Utah at the time, $1.7 million, for uncontrolled dust.) The state issued a cease and desist order.

Citizen science to the rescue

The Utah Division of Air Quality (DAQ) has sparsely distributed monitoring stations for reading air quality. These stations meet federal monitoring requirements and are costly for a variety of reasons. But because their distribution is spread out, they lack detailed pollution gradient information within cities and only two stations in all of Salt Lake County provide hourly PM2.5 levels (even short term pollutant exposure has been shown to have negative health impacts). Dybwad reasoned that to fill in the air quality information grid, widely distributed networks of low-cost air quality sensors could help create a higher resolution and locally representative image of our air quality. “That information is valuable for everything from managing health risks to deciding where to live, vacation and do business,” he says.

Curiosity led Dybwad to purchase a small, inexpensive particle sensor and start playing with it. With some college level electronics, self- taught web programming, data base design, and experience in high tech ventures, he began to explore the possibility of connecting a particle sensor and a temperature/humidity/pressure sensor to the internet with a Wi-Fi chip. This is referred to as the “internet of things,” where physical objects like vehicles or buildings, embedded with electronics such as sensors, collect and exchange data via the internet.

As he found more people interested in air monitoring, he created a unit that would allow them to not only see their individual readings but also automatically upload that data to the web. The first request to install a unit came from Mountain Green in Morgan County. Within days, he installed a second one in Bluffdale, one of the down-wind cities that get the brunt of the pollution from Geneva Rock. After the first prototypes were deployed, he upgraded the design to include not one, but two sensors so that two streams of sensory data are coming from each unit; if a discrepancy is found in the readings, it would indicate hardware failure requiring that the unit be either cleaned, repaired or replaced. The primary goal is the accuracy of the data, stresses Dybwad. “Trusting the data is the most important thing.”

After about 15 monitors were in the field, he responded to a program run by South Coast Air Quality Management District (SCAQMD) in southern California that tests for data reliability of inexpensive monitors compared to federally compliant ones. SCAQMD is the air pollution control agency for some of the smoggiest regions in the United States. Dybwad’s sensors scored highly, with 90% or better correlation for PM2.5 against Federal Equivalent Methods for comparison.

Particle sensors measure the dimensions and the mass of particles but they don’t directly identify the chemical make-up of the particles. In 2013, Dybwad and other clean air advocates, including Utah Physicians for a Healthy Environment, had a sample of the dust from the gravel pit tested by ALS laboratories. Analysis revealed significant contamination with crystalline silica (similar to asbestos in its health effects) and heavy metals, especially uranium and arsenic.

As he pursued his interest in monitoring air quality, Dybwad realized the growing demand for this kind of information. He founded Purple Air in October of 2015, primarily a website for data sharing.

However, the actual product is more than the sensors; it’s the data.

Today, the Purple Air network is comprised of over 250 monitors (located in Utah, Colorado, Texas, Florida, California, Idaho, British Columbia, Ontario and even one in Russia). The data is available to researchers for a variety of uses from university projects to medical studies and is available free of charge. An up-to-the-minute map on the website shows the locations of all air monitors. You can also now buy a sensor ($180). You may also be eligible to “host” an air sensor (Purple Air maintains ownership of the device); contact Dybwad via the website purpleair.org.

Dybwad shares data with the University of Utah, which uses his data to help them understand sensor reliability in their effort to bring low-cost air quality sensors and teaching modules to high school and middle school classrooms along the Wasatch Front. University of Utah chemical engineering professors Kerry Kelly and Tony Butterfield plan to bring the lesson to 50 Salt Lake Valley schools this Spring. Dybwad says, “I think it’s fantastic to show kids how incredible things can be done quite easily with modern technology.”

It’s also inspiring to see that one man turned his curiosity and concern into passion and purpose, creating a tool that, in time, will benefit us all.

Elisabeth Luntz studied social ecology and cognitive science at the University of California. Her story on prison reform appeared in the February 2017 issue of CATALYST. 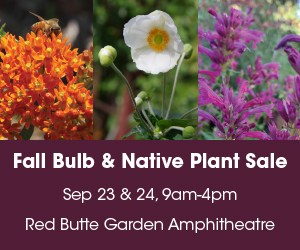 This article was originally published on February 28, 2017.