Christianity for the heart. And the head. An interview with Marcus Borg. 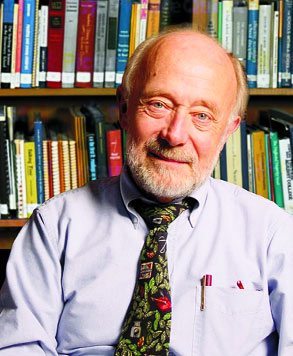 The beginning of the new year is traditionally when people resolve to change their lives for the better. Sometimes the best way to change is to start all over again. Dr. Marcus Borg offers a refreshing and uplifting view of the kind of change Jesus was passionate about.

On February 2-4, 2007, Borg will be in Salt Lake City at the Christ United Methodist Church to teach a seminar called “Christianity for the Heart. And the Head.” Borg is an Oxford-educated historical Jesus scholar and the author of numerous books on the subject. His seminar will focus on the importance of transformations in Christian life, both personal and political.

Many Christians, according to Borg, focus exclusively on the afterlife. They believe whatever they need to so they will go to heaven. He suggests, instead, they try concentrating on this life. “I sometimes put the contrast between a belief-centered Christianity and a transformational-centered understanding of Christianity.”

As Borg sees it, we are all ripe for change. He decries what he sees as the central values of American society: affluence, achievement and appearance. He believes that being guided by these ideals leads to an alienated and anxiety-ridden life. “The central Christian symbolism of the New Testament is about dying to that way of life and being born into a new way of life,” he says.

He calls this personal transformation being born-again, a term that is monopolized by more conservative Biblical literalists. All Christians, according to Borg, should go through not one, but a series of spiritual rebirths in the service of bettering themselves and society. He says, “practices like prayer, worship, paying attention to our relationship with God, all of these are practices that facilitate that transformation.”

Besides changing ourselves, Borg says, Christian belief dictates that we must change our political systems so they provide economic justice for all. Borg is critical of American economic policies for the last 25 years, and especially those of the current administration, for being structured to benefit only the wealthiest Americans. Whether it’s tax cuts for the rich or our failure to increase the minimum wage in over a decade, we have failed the indigent and the voiceless. “So taking seriously the Bible’s passion for political transformation would mean, for American Christians, voting for an economic system very different from the one we have,” he says.

Borg doesn’t advocate pure socialism. Rather, he says we should look to the hybrid economies of Europe for our example. “People who have traveled in Europe know that the people live well in those countries. They aren’t sort of gray socialist countries because they have a mixed economy.”

The other change in our political system Borg believes is central to Christian belief is the pursuit of peace. He says that the Christian ‘just war’ tradition prohibits going to war except in self-defense. “Thus it would mean standing against American imperial foreign policy insofar as it claims the right to launch pre-emptive wars. I think that is so far from anything Christian that to take Jesus and the Bible seriously means to stand against that, and to stand for the avoidance of military violence,” Borg says.

The staunchest supporters of the war in Iraq are Biblical literalists. “The demographic group in our country giving the largest percentage of support to going to war against Iraq were white evangelicals, and that’s both tragic and ironic,” says Borg. The end-time theology to which many Biblical literalists subscribe is filled with religious wars and bloody clashes of civilizations.

There is evidence that the evangelical movement is not monolithic. Borg says that from 15% to 20% of evangelicals are willing to engage in a dialogue about progressive issues with mainline churches. Needless to say, this is a trend Borg strongly encourages.

With much work, we can focus the good religious intentions that swirl around this planet onto changing what’s wrong with it. As Borg said, quoting from Psalm 24, “The earth is the Lord’s and the fullness thereof, the world and those who dwell therein.” As citizens of the world, our work is to ensure peace and equity for all.