Five basics to get you going

In the still of early morning, even city dwellers can hear the dawn chorus—the singing of early birds—especially in the spring. If that sound has ever inspired you to learn more about its makers, now is a great time of year to follow up on that impulse.

When first learning how to bird watch, it may seem overwhelming: What tools do you need, where do you go, and how do you even begin to differentiate one bird from another?

To start, I would download an app such as Merlin Bird ID, or purchase a field guide book such as Peterson’s Field Guide to Birds of Western North America. This will allow you to understand the physical characteristics of certain species as well as their habitats throughout the year. 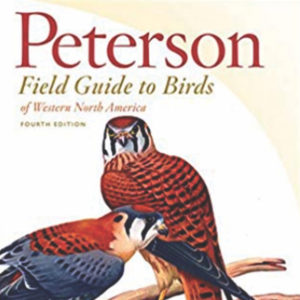 You will also want a good set of binoculars or a long-range camera to be able to get a good image of the bird. Porro prisms are great binoculars for beginners because they focus quickly. A handheld audio recorder (which may be your phone) may also come in handy; if you are unable to identify the bird based on its appearance, you may be able to do so by its song.

When looking for places to see birds, there are many fantastic locations in the Great Salt Lake area—a handful of which are even some of the most notable birding sites in Western North America. Locations such as Antelope Island, Farmington Bay, City Creek Canyon and Big Cottonwood Canyon are great places to start, but birds can be found anywhere. Sometimes nearby ponds or parks are just as abundant.

Typically the most productive times to bird watch are in the morning or at dusk as most birds are highly active during these times. As you study specific birds you’ll get a feeling of what locations they can be found in whether marshy areas, high trees or on the ground.

A great place to meet expert bird-watchers and learn to bird watch is the Annual Great Salt Lake Bird Festival, taking place this year May 16-20. The festival provides tours to birding areas near the Great Salt Lake, workshops with professionals, exhibitors and more that can help you begin your new birding obsession.

Now that you’ve got what you need to set out on your very own birding expedition, there are five simple steps that will help you to identify specific birds.

Now that you know the key components to classifying different birds, you can see how all of these animals are finely adapted to the environments they live in—temperature, precipitation and changing seasons are a few examples.

But what happens when these environments change?

According to the Audubon Climate Report, over half of the species of birds in the U.S. and Canada are threatened by climate change, with 21% projected to lose more than half of their current range in the next 30 years.

If those early morning bird sounds have sparked a passion for birdwatching in you as they have for me—when you see that flash of bright color or hear the distinct call that makes your heart flutter and your eyes widen with excitement—remember that feeling. Remember it because it is exactly that joy we find in birds that can help to save their habitat and maintain a climate they can live in. We remember our love for the birds because we hope to never have to know a world where they have been forgotten.

A great place to meet expert bird-watchers and learn to bird watch is the Annual Great Salt Lake Bird Festival, taking place this year May 16-20.