A science teacher steps with her students out through the doors of their school and into a garden. Just imagine how her science lesson is transformed. Suddenly, things that were, moments before, just words in a book and diagrams on a page are happening all around them. The students can see, touch and study the life of a plant – from germination to pollination. Then, the art teacher arrives. His students find a place to sit at the edges of the garden. They take out their pencils and begin to sketch. Meanwhile, in the garden rows, other students are bending low placing seedlings gently into the earth and tamping the soil down around their roots.

Using the farm, or garden, as a place of learning isn’t exactly unheard of in today’s educational sphere, but it is rare. At one private boarding school, the Putney School in Vermont, farm work is built into the high school’s curriculum as a method of teaching self-reliance, dignity and the value of physical work. At Summerfield Waldorf School and Farm in California, students from preschool through 12th grade actively participate in maintaining the on-campus farm – preschoolers and kindergarteners have animal visits, farm snack time and egg gathering while 10th graders learn to graft fruit trees and high school seniors create individual agriculture projects. This August, just in time for the 2015-2016 school year, Utah will become the home of another farm school, the Roots Charter High School in South Jordan.

“The desire for a school like this really started for me as I began raising my own children,” says Tyler Bastian, 38, founder and soon-to-be principal of Roots Charter School who is a teacher, an award-winning filmmaker, avid beekeeper and father of five. “I had read about nature deficit disorder and I began to notice how my own children found it easier to plug in and have a virtual life than to figure out how to move in the outside world.”

Bastian noticed similar behavior in his students at school. He worried that values of hard work and community were being lost in the younger generation.

After five years spent teaching documentary filmmaking at another local charter, he began wondering if his students were developing skills that would actually serve them in life. Searching for other models, he discovered Common Ground – a high school, urban farm and environmental education center. Located in New Haven, Connecticut, the urban school gave at-risk students a unique education combining schoolwork and urban farming. “Students were outside having direct, real experiences,” Bastian recalls. “They were witnessing nature and applying their education to tasks on the farm.” After visiting Common Ground, Bastian was convinced that the model could work in Utah. A few months later he presented his proposal to the Utah State Board of Education. Last May, it was approved.

Student enrollment will likely be finalized this month. Final staff hiring will wrap up about the same time. When the first bell at Roots High School rings in August, there will be lockers and desks enough for 300 students, grades 9-12. Such a small school appeals to Bastian, who has a degree in marriage and family relations from the University of Utah. “Small schools create a better sense of belonging,” he says, and for a school located in the Granite School District, an area with some of the state’s lowest student performance scores, he also believes that small classes will lead to better behavior and performance. 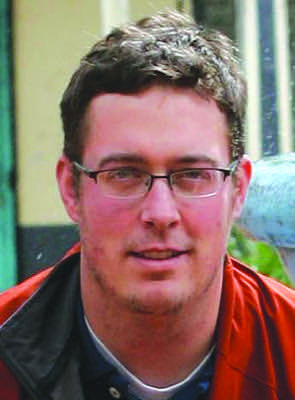 Students attending Roots will encounter a healthy mix of the traditional and the innovative. They will take all the normal high school classes from art to mathematics. They will study English just like any student, though unlike most students, one of their primary texts will be Aldo Leopold’s A Sand County Almanac.

In addition to their regular classes, students will spend plenty of time with the school farm manager learning the ins and outs of growing food. Bastian envisions each child working a minimum of five hours a week on the school farm. Teachers, too, are encouraged to spend time working the soil and applying their lessons to what is happening on the farm.

Sometimes, Bastian admits, the farm-school model has been a tough sell along the way. It has been hard, he says, to find people who share his vision. Winter and the end of the growing season is one constant concern he hears from potential families and supporters, but Bastian has left nothing unconsidered.

“Our goal,” says Bastian, “is to keep getting kids outside throughout the winter with projects like soil testing for science labs, building maintenance, stuff like that.”

And when the problem of summer break rolls around, well, Bastian has a plan for that, too. “The summer break will be a real benefit for us,” he says. “It will allow us to have a robust summer program where kids who are deficient on school credits can take classes.” Summer school students will also spend time on the farm and while they earn school credit in the classroom, they’ll earn a salary for their summer farm hours. “Hopefully, keeping that connection going over the summer will be another thing that keeps them coming back the next year,” says Bastian. “They’ll feel invested.”

As the farm gets off the ground, Bastian hopes the school will begin offering CSA shares to the community, feeding the students at their own cafeteria, and maybe even selling at local farmer’s markets.

What Tyler Bastian envisions for his new students at Roots Charter High School goes above and beyond the ABCs of traditional schooling. Preparing for and selling their produce at markets, students will gain business experience and management skills. Every day on the farm will teach them to take on big tasks and complete them. And they’ll be confronted with natural consequences for their actions. A farmer can’t avoid bugs or freezing weather, but they do have personal accountability. As Bastian points out, if a Roots student skips school like any other kid, they might show up to find a bunch of dead plants.

Charters are public schools overseen by the State Charter School Board under the Utah State Office of Education. There are two kinds of charter schools:

Charter schools do not have tuition fees like private schools. They are public schools, funded by taxpayers.

Public school funding generally is based on property taxes – schools in wealthier counties receive more money than those in poorer counties. By contrast, charter schools all receive the same amount of funding across the state from a Utah Legislature-approved pot of money called Local Replacement Funding. Often, the money received by a charter per pupil is less than that given to a public school.

New charters looking for approval must demonstrate how they will provide an educational experience not already provided by the public school system.

By law, charters are governed by a volunteer governing board, but in Utah some are managed by for-profit companies.

Testing requirements are the same for public and charter students.

Charters have extra reporting requirements that public schools don’t have.

People who teach at charter schools are certified, full-time teachers who are eligible for state employee benefits including retirement.