Animals Animals: Symbol of the West 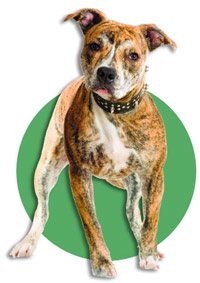 I first learned about the Wild Horse and Burro Act during an outing to Ching Farm Animal Sanctuary. Faith Ching introduced me to Vashti, a beautiful six-year-old buckskin mare. Vashti, she explained, had been part of a wild horse roundup and put up for adoption by the Bureau of Land Management (BLM) when she was a foal.

In 1971, the Wild Free-Roaming Horses and Burros Act was made law.  During the debate leading to its passage, the public inundated Congress with letters protesting the treatment of wild horses, which until then had been managed by ranchers, hunters and "mustangers" who sometimes used cruel methods to remove the animals from public lands. This protest was one of the largest outcries in American history, second only to Vietnam. As a result, Congress passed the bill promising to protect, manage and control the horses and burros, declaring them "living symbols of the historic and pioneer spirit of the West."

Protecting wild horses and burros has allowed their populations to increase. Ranchers who count on public lands for grazing their cattle find this distressing. The BLM, with the task of managing the interests of ranchers, outdoor enthusiasts and wildlife advocates, is equally distressed. It's a big job trying to keep all these groups happy. The BLM monitors land and herds, removes excess horses from difficult to reach areas with dramatic helicopter roundups, prepares animals for adoption, holds adoption events for the general public and completes the paperwork involved for compliance and titling.

In 2004 former Montana Senator Conrad Burns slipped a rider into the bill that lifted the 34-year ban on selling wild horses, which enraged animal rights activists. It gave the BLM permission to sell horses that were 10 years or older, and those that had been passed up for adoption three times. "Selling horses" is a nice way of saying that they send them to the slaughterhouse.

Another of Faith's four wild horses is an aging mare named Mayflower, who was nearly 20 years old when Faith rescued her from slaughter. Now Mayflower is a treasured member of Faith's menagerie and will live out her retirement years having every need fulfilled, except of course the need to be wild and with her herd.

Animal rights activists say that the BLM's judgment on overpopulation of wild horses is swayed by powerful ranchers who need grazing areas for livestock. Wild horse and burro populations are kept to fewer than 35,000, while ranchers are allowed to graze millions of cattle.

The BLM analyzes the animal inventory and monitoring information to determine whether the herds are healthy and the animals are damaging rangelands or depleting food sources for other species. Although the BLM sets limits for the horse and burro populations the environment can sustain, they were not able to provide a sustainable number of cattle.

They argue that cattle graze areas that wild horses wouldn't likely roam, such as near highways or residential areas. The Society for Animal Protective Legislation (SAPL) says that as of March 2007, more wild horses live in BLM holding facilities than roam free on public lands. SAPL Deputy Legislative Director Chris Heyde says of the BLM, "This is a national tragedy being perpetrated by an agency more concerned with catering to special interests than upholding its legal responsibility to protect wild horses." SAPL leads the national campaign to end horse slaughter and restore the language of the Wild Free-Roaming Horses and Burros Act to the 1971 version, before the Burns rider.

Other organizations are stepping forward in support of the horses. Bullfrog Productions, an independent film maker, produced a documentary called "El Caballo" on the history, ecology, and current plight of wild horses in North America. This beautiful presentation of the controversy shows varied views from experts including the BLM, wildlife advocates, wildlife biologists and environmental historians. It gives balanced perspectives of the issues, but some of the quotes are poignant. For example, wildlife biologist Jay Kirkpatrick, PhD, says about the roundup and adoption program: "When you reduce the density [of a breed], reproduction becomes more efficient-animals breed at a younger age and breed more often, and the survival of the young is greater. As we gather these horses and all the young, it's like hitting the on-switch of the mares on the range. They are now going to breed and breed successfully."

So, the adopt-a-wild-horse program, if it's done nothing else, has proven the text books right. There is compensatory reproduction: As population density goes down, reproduction speeds up. The BLM can never stay on top of the problem this way, no matter how many adopters they find.

Kirkpatrick also says he no longer sees any biological issues with the wild-horse population: All the issues are political, economical, social and cultural.

Faith Ching's little farm can save a horse or two. The problem of managing the wild animals-or perhaps managing those who would confine them-is big, however, and big solutions are needed.

Sunny Branson is co-owner of Single Malt Media, volunteers for

This article was originally published on July 27, 2007.