Analog Son bringing the funk to SLC at The State Room, Jan. 19 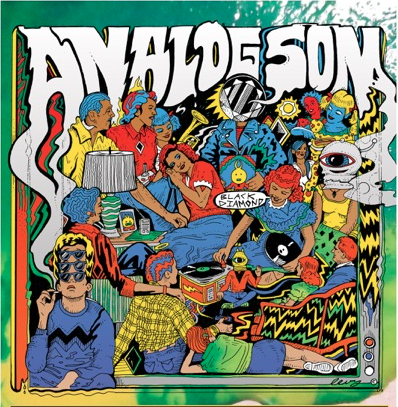 According to Jordan Linit, everybody could use a little funk in their lives, whether they know it or not.

This Thursday at the State Room, Jan. 19, Linit’s band Analog Son is bringing it back and throwing it down.

Analog Son is a horn funk band from Colorado, whose recent album includes contributions from members involved in Lettuce and the Rolling Stones.

Linit says–like funk–the band has roots that have grown upward and outward to create something new: Something to get people moving, keep people smiling, and worth checking out.

JT: Where does the name Analog Son come from?

JL: “[It’s a] throwback to the analog recording studios [that] all of our favorite records were recorded on back in the day. Also, people say things like ‘what up, son’… so we are bringing that “Analog” some “son”!

JT: How did Analog Son come to be?

JL: “Josh and I started the band. Me and him have a long history–we have known each other since we were ten years old and have been playing music together for just as long. We have been in a few different bands together. We used to tour a lot with Kinetix. We decided to get in the studio the fall of 2013, we wanted to record some funky tunes. Joe Tatton–he’s the keys player for New Mastersounds from London–he was in town, so we told him to come on down. We ended up making another seven tracks. It sounded so good, we knew we were supposed to be making funky tracks together. When we make records we do ‘Steely Dan style’–we get friends to jump on. It’s not only a way for us to make cool music that we love,  but it’s a way for us to get to play with our friends from across the country that we don’t get to see that often.” 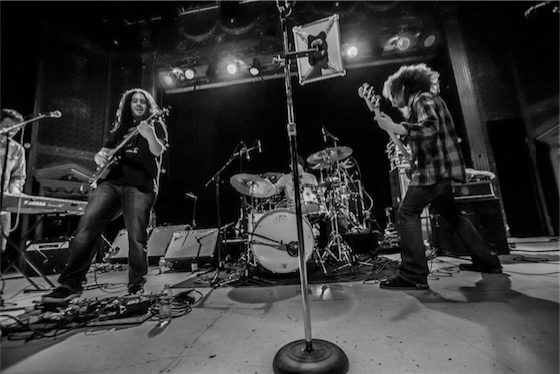 JT: What has been the driving force that has brought you to where you are now, and moves you forward as a band?

JL: “You know, Josh and I have bad such a strong musical bond and friendship… we were destined to make music together. It’s a pretty cool thing for us–we are in control, creatively–and it’s cool to get such a positive response from people. It makes us want to work harder to make funky music and make people happy.

I mean, on the last record… we had Ivan Neville play keys on a few songs. He played keys and background vocals with the Rolling Stones for quite a few years. To have such a legend come in and work on a song I wrote is pretty unreal. If there’s ever any doubt, things like that just take care of it.”

JT: If you could express the progress of the band as a shape, what would it look like?

JL: “I like to think of it as a funky cornucopia.” (laughs) “We are a huge band, and part of what makes us so special is all the influences of all the people involved… We could not do it without all that are involved in the movement.”

JL: “Ha! I think that’s a question meant for someone else. I mean, I think it is for everyone…. I think it’s especially good for people who have an open mind and like to have a good time. While some of the lyrics might be reflective of things in our lives, in general [our music] is a way to let go of the daily grind. I hope it makes people smile and want to shake their booty a little bit.

I think that if you went up to an average person on the street, they might say “No,” they don’t like funk. But I think they probably just don’t understand that they actually do in a lot of ways.

The Grammy’s don’t even recognize funk as a category… because it’s a culmination of everything that came before it. To me, funk is a movement that is about fun and positivity, and making music that people can dance to.

And you know, we aren’t strictly funk… We get into some hip-hop and jazz and stuff too.

But I think everyone needs little funk in their lives. They may not know it… but they do.”

JT: What is the band’s typical creation process of a song?

JL: “Our songs come together in a couple ways. Especially early on, Josh and I would have a concept and go into the studio and start to build it. Then you know, [one time] our buddies from Lettuce were in town, and hit me up and were like, ‘What are you doing?’ So I told them–’Working on a funk record,’ and they were like, ‘Want horns?’ So we said, ‘Yeah sure! That’d be cool.’

I do a lot of the writing and Josh does too. I think part of being a good leader is recognizing the strengths of the people around us. Josh is the mastermind in the studio. If people have a good idea, letting them run with it is most likely the best option.”

Buy tickets for the show here.