A lotus pose for everybody: Supta ardha padmasana.
—by Charlotte Bell

In 2001, I co-taught a teacher training with Donna Farhi in Vancouver, BC. The 50 attendees were experienced yoga teachers and bodyworkers from all over the world. Much of the training was oriented to questioning teaching methodologies that shoehorn students into a one-size-fits-all model.

One misconception we talked about was the perceived necessity of practicing what is probably yoga’s most emblematic pose: Padmasana (Lotus Pose). That day we spent two hours practicing the poses Donna practices to prep her body for Lotus. When we tried Padmasana toward the end of the class, I noticed that despite the depth and experience of attendees, only three out of 50 people could actually do it.

This was very surprising to me. I’d always been under the mistaken impression that anyone who tried hard enough and practiced right could eventually do Lotus. This may be true for some people—Donna told us it took her 10 years of careful, patient practice to mold her body into Padmasana. 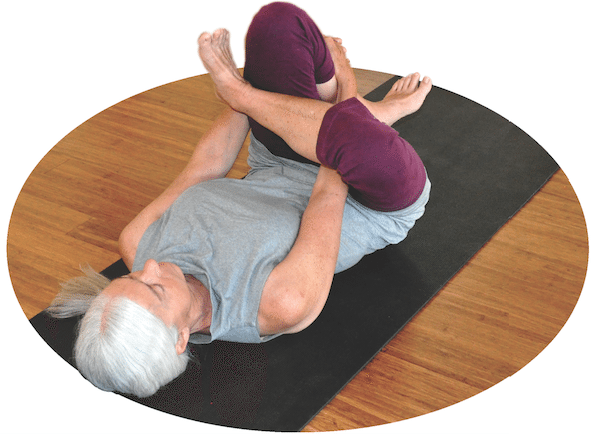 But it’s not true that anyone can form their legs into Lotus position, no matter how committed their practice. Thanks to a workshop I took with Paul Grilley on Anatomy for Yoga, I found out that tightness in soft tissue is not the most common reason people can’t do Padmasana. According to Grilley, it’s all in the bones.

Some bodies will never be able to do Lotus, not because the owners of these bodies are inferior yogis, but because their hip joints are formed in such a way that they do not allow the external rotation required to sit in Lotus. There are many factors—all within the realm of normal—that influence the amount of external rotation in your joints. The depth, placement and orientation of your hip sockets can influence whether your thighs tend to rotate inward or outward more easily. The shape and rotation of the heads of human femurs also affect the rotation, as does the shape and rotation of your thighbones. You can see bone samples on Grilley’s website that demonstrate some of the possible variations that influence mobility: www.paulgrilley.com/bone-photo-gallery.

Fortunately, there’s no pose in yoga—including Lotus—you need to do in order to be a “good” yogi. Yoga has never been about what your body can or can’t do.

All that said, I have found that most people are capable of and can benefit from practicing Supta Ardha Padmasana, Supine Half Lotus (SHL). Among other benefits, SHL stretches the piriformis muscles, external rotators that cross the sacroiliac (SI) joint. When the piriformis is tense, it can press on the sciatic nerve, possibly causing sciatica, and can also contribute to sacroiliac dysfunction. Practicing Supta Ardha Padmasana can sometimes alleviate sciatic pain and can relieve excessive torque on your SI joint.

Half Lotus is traditionally practiced in a seated position. However, I like to practice it lying down for several reasons. First, lying on your back removes the restriction of the floor under your legs. It allows your top leg to cross your bottom leg more easily. Second, lying on your back gives you feedback as to whether your back is in a healthy position. Many people round their spines when they try to form Half Lotus from a sitting position. It is much easier to maintain healthy spinal curves when you are lying down.

Begin by lying on the floor on a yoga mat or blanket. Bend both knees and place the soles of your feet on the floor. Cross your right ankle all the way across your left thigh so that your ankle, not your foot, is resting on the thigh. Many people prefer to place their right ankle a few inches from the knee, while others (like me) prefer to place the ankle closer to the left hip joint. Try it both ways, or at points in between, to see what feels best for you.

This is important: Flex your right ankle and keep it flexed the entire time. This keeps both your knee and ankle stable.

Draw both legs in toward your torso, relaxing your shoulders and arms. Take deep abdominal breaths, creating space on the inhalations, and settling into that space on your exhalations. Take five to 10 deep breaths before releasing your legs and letting both feet rest on the floor. Take a few breaths simply lying on your back to feel what changed. How are the two sides of the pelvis resting on the floor? Does one side of your body feel longer than the other? When you feel ready, move to your second side.

If at any point during SHL you feel even the tiniest discomfort in either knee, let go of the pose. There is no such thing as a “good” knee pain. Lotus can be hard on knees—less so when you are lying down and practicing only one leg at a time—but please do be cautious.

While Instagram photos of people doing Lotus Pose in bikinis on sunset-lit beaches may conjure romantic ideas about its importance in the canon of yoga poses, please remember that it’s not for everyone. Whether or not your body can do Padmasana—or any other pose—is not a measure of either your character or worth as a yogi.

Supta Ardha Padmasana, though, can be a healthy staple in your repertoire of asanas. It confers many of the benefits of Padmasana, but few of its potential risks. What matters is not whether you were born with a skeleton that can bend in a particular way. What matters is the care, respect and mindfulness you bring to whatever pose you are practicing in a given moment.

This article was originally published on July 31, 2015.