Working to return from war

One wintry day last December, combat veteran Anthony Gibson walked home from a Zen retreat, feeling buoyed and peaceful, to find his roommate dead on the floor. Less than 12 hours later, he received a call that another friend had “blown his brains out in the living room.” Besides their friendship with Gibson, these two men had one thing in common: Both were former soldiers, one from Vietnam, one from Iraq.
by Sophia Nicholas 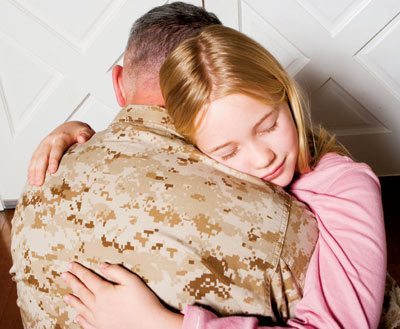 One wintry day last December, combat veteran Anthony Gibson walked home from a Zen retreat, feeling buoyed and peaceful, to find his roommate dead on the floor. Less than 12 hours later, he received a call that another friend had “blown his brains out in the living room.” Besides their friendship with Gibson, these two men had one thing in common: Both were former soldiers, one from Vietnam, one from Iraq.

“My roommate had said a week before that he couldn’t get help—that what was going on inside of him he just couldn’t tolerate,” Gibson tells me, his voice thickly layered with a New Jersey accent. “In 24 hours I had two veterans who were beautiful men—and I knew them both as soldiers and as family members—kill themselves.”

Every week, 120 veterans commit suicide across the U.S., according to government figures reported by CBS News. Before the Iraq war began, less than one soldier per day committed suicide. Now 17 service members take their lives every 24 hours. On that December day, Gibson knew two of them.

A small but passionate group of people in Salt Lake, made up of the Integrative Health Network (IHN) and Americans Supporting Veterans Foundation (ASVF), is trying to change that statistic. Working from both conventional and alternative healing disciplines, they are helping to integrate the soldier back into society.

To launch the effort, IHN and AVSF organized a workshop to bring international healer Byron Katie and her process, The Work, to Utah May 15-17. The workshop is free for military personnel, veterans, and their families. Katie has offered to donate the rest of the proceeds to IHN.

The Work is a process of self-inquiry: four questions which can turn stressful situations inside out and open a person’s awareness to new possibilities. “The Work stops the mind from spinning thoughts. And when the mind stops, the heart—the truth of the being—has a chance to discover itself without the context of suffering, of the world that doesn’t work,” describes Kathryn Dixon, a student of Katie’s and a professional practitioner. 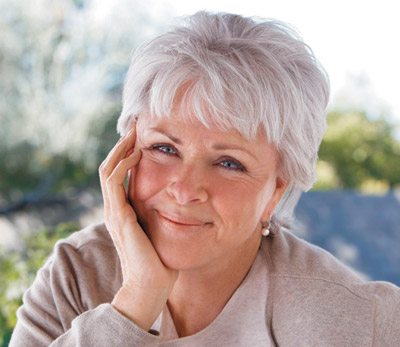 Bringing Katie to Salt Lake and doing The Work with the military will “address some of the pain that is imploding into our society as a result of this war,” Dixon says.

Katie, however, is just the tip of the iceberg to “the work” going on within the community for veterans.

“These guys will proudly die on the battlefield but they’re dying of shame at home,” Gibson says darkly, leaning closer. “So I said, enough. I’m not standing by. And I sat down and asked, what can we do for these guys?

Through his work at The Safety Consortium, which provides vocational training for veterans, and his personal experience as a patient, Gibson has direct knowledge of what the VA can and cannot offer.

Federal budget cuts, reduced benefits, and the influx of service-people with physical and mental health conditions have put increased pressure on the VA to provide adequate care for everyone who needs it. Nationally, some 300,000 vets serving in Iraq or Afghanistan are suffering from depression or post-traumatic stress disorder (PTSD), according to the RAND Corporation.

And those are just the reported cases. Many soldiers simply do not want to turn themselves in, according to Gibson, even if they do suffer from addiction, depression, or PTSD, because it may affect their ability to advance within the military, or simply because they just view the treatment options as ineffective.

Utah is the center for all referred veterans from the Intermountain region.

“What we found out is that there’s more needed,” Gibson said. “It’s not just a matter of training and the money, but let’s hug these guys. Let’s put them where it’s okay to be. They don’t have to do it alone.” 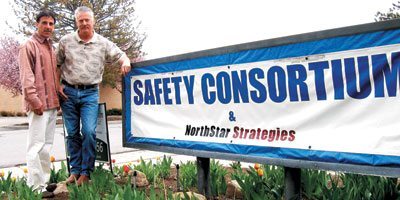 This need, and the experience of the double suicides in December, ultimately led Gibson to establish ASVF with the help of his boss at The Safety Consortium, Dave Daniels. The foundation works with other groups to provide complementary and alternative health services and a safe place to stay for veterans who have nowhere to go—those who are experiencing a whole range of mental anguish, but for whatever reason cannot get help.

Major Chaplain Philip J. Davis of the 2nd Medical Training Brigade at Fort Douglas sits with me outside on a windy day, his uniform crisp and camouflaged with the brown mosaics of the desert. He does research for the VA here in Salt Lake, and leads training sessions and recruitment for the Army. “We want to provide the medical services that will help people return to normal—to be in a stable job, a stable relationship long-term. In the past we did enough to enable a Vietnam vet to survive. We’re saying it’s not enough to survive; [our vets deserve] to thrive.”

But powerful impediments exist that go beyond lack of funds. “There is a cultural message still out there that soldiers are dysfunctional, and there’s really nothing you can do about it.” He speaks with the firm authority of a military man. “But it does a disservice to label soldiers mentally ill, period. It denies the fact that they’ve been through an abnormal experience. From their context, they’re having a normal reaction to an abnormal experience. Once a person has accepted that label, it’s hard to turn back the clock.”

The message of being “mentally ill” is not only cultural, but reinforced by an overburdened VA medical system focused on pill-popping and keeping visits to less than 30 minutes.

Dr. Jim Overall, a retired medical doctor and whole-hearted spiritualist, worked firsthand on these issues. He helped establish and then co-directed the Integrative Health Clinic and Program at the Salt Lake VA for seven years. During this time, Overall implemented a variety of complementary therapies for the veterans seeking care there: reiki, massage, acupuncture, hypnotherapy, meditation, yoga, guided imagery, and a variety of others. At the same time, his group undertook evidence-based studies to learn how effective these methods really were.

“We wanted to explore if complementary medicine improves medical outcome, enhances quality of life, and, over the long haul, saves money,” he says “If it works at the VA, with a much more ill population, you could extrapolate to the general population, who are going to be less sick, that it’s going to work well.”

“I loved working with the vets,” he remarks thoughtfully. “They were so appreciative. And so hungry to get better that they really were willing to try anything. Sometimes they were too sick, too disabled, but they did the best they could. And they got better.”

Overall’s personal experience, as well as preliminary evidence from the studies, showed that not only were chronic pain levels reduced, but mental and spiritual health issues improved for 50 percent of the vets involved in alternative therapies. Some patients were even able to go off their psychiatric meds.

Gibson was one such wounded soldier, a former patient of Overall, who no longer needs any of the 20 prescribed medications he once took. Even more than that, he has turned around to help other veterans in need. “The depths of suffering that I’ve experienced, from being a guy who didn’t want to live to a guy who doesn’t want to die, gives me the right to walk into that ditch and take somebody by the hand. And say, take a look.”

That’s where Byron Katie comes in.

The Work for Gibson “is a chance just to breathe just for thirty seconds. Every time a guy takes a drink, that’s what he was looking for. That thirty seconds of bliss.

“I found out that it was okay to have feelings and there were alternatives to swallowing a pill or pretending that I was okay. I found out that your story is just a story, and you have a right to interpret things in another way.”

Empowering veterans to help not only themselves, but to help each other, is one of the tools Katie’s work offers. Because it does not require a facilitator, you are your own healer. “All she does is ask the question and honor the truth of the inner teacher who will find its way,” says Dixon.

Dixon herself had a revelation in applying the process to her own feelings about the war. “I’ve done The Work on George Bush many times,” she laughs, “but before I’d started this project I always thought soldiers were ‘somebody else.’ I’ve never been involved in the military. I’d always wondered, why does this happen?”

Dixon reflects deeply on this. We must, she says, come to peace with the reality of the situation whatever our feelings about the politics. “The bottom line is that it takes its toll, and we need to be responsible and accountable for that. It not only affects the solider, but the soldier’s family. This is a wave permeating all of our society and we need to be awake and responsive, and embrace it lovingly.”

Gibson understands this personally. Reaching out with every conventional and alternative technique available, he would be satisfied in preventing even one more suicide. “If you can show me an individual who can walk into a situation and have to commit murder, come home and be okay, I don’t know what kind of human being you’re talking about. There’s no correct answer to war, but there is a solution to when you get home. You’ve got to bring them home and bring them into now. They’ve got to know that they are safe.”

Sophia Nicholas is a former staff writer for the International Relations Council Journal and the newest addition to the HEAL Utah staff. This is her first story for CATALYST.

This article was originally published on May 3, 2008.