Some divine feminine sounds and souls will be moving through Salt Lake City this Sunday night, Nov. 12, at Elevate. Throughout November, the “Woman Comes First” tour is putting two female fire-powers in the spotlight: HIRIE’s Trish Tacon, and Nattali Rize. Reggae, a genre often dominated by male musicians, is the platform where HIRIE, San Diego-based pop reggae band, and Nattali Rize, a Jamaican and Australian reggae rock band, are finding common ground on which to inspire and empower women on a 15-show tour in 18 days across the Western United States.

The tour is shaping into a strong wave of feminine power and support from all over. “We have predominantly female artists opening as well, each night,” Nattali tells me via phone interview, “And all the guys that get behind it, they feel it too, you know, they love it. And we couldn’t do it with out them. They’re soldiers, they strengthen it. It’s just irie.” Salt Lake City’s show, presented by Reggae Rise Up is stop ten on their tour that has already gone to CA, the Pacific Norwest, and will go onto CO, AZ, and NM.

“We take it back to Adam and Eve. A seed was planted, now do you believe that a woman comes from the rib of man? Do you understand, we are more than that?” so begins the lyrics of Hirie’s song “Woman Comes First” featuring Nattali Rize. HIRIE is named for HI, (Hawaii), where Trish lived for many years, and the Rasta word “Irie,” meaning all good–things at peace–contentment. Trish has been attracting attention from reggae fans with her sweet, island peachy voice since 2013. 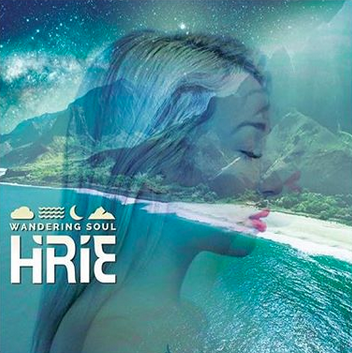 Her 2016 sophomore album, Wandering Soul, released by the non-profit record label, Rootfire Cooperative, was the first female-fronted band to get #1 on Billboard’s Best Reggae Album chart in 2016, since Joss Stone’s album Water for Your Soul in 2015. In 2017, HIRIE released a single Sun and Shine, with Eric Rachmany from Rebelution. “I still can’t believe I got to collaborate with my favorite artist,” says Trish about working with Rachmany. “The next project I’ll be working on is a new full-length album set to release in 2018. We’re already writing loads of new music and can’t wait to get the ideas out into fruition.” 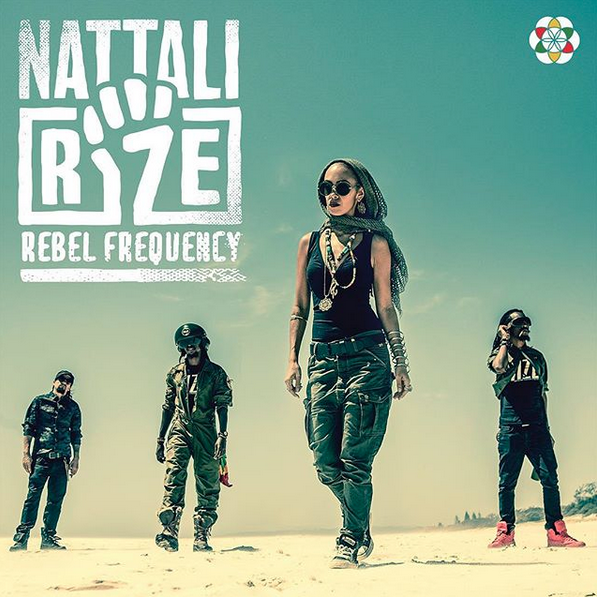 Rootfire Cooperative also released Nattali’s debut album, Rebel Frequency earlier in 2017. The album has been turning many heads with not only her collaborations with Julian Marley, Jah9, and Raging Fyah, but also with her total refute of the establishment behind the music. “The way that these governments are fundamentally set up, is not to serve people, it’s to serve corporations. Its not to serve the planet, its to serve corporate interests, and money,” says Nattali. Throughout her career, Nattali has toured with acts such as Michael Franti and Spearhead, Tribal Seeds, Katchafire, J-Boog and Julian Marley. “Nattali is a bright light in the world with a vision that extends beyond the stage,” says Michael Franti.

“Music, art, and creativity, are so important, so potent, and such vital parts of human existence. In essence, we are creative beings, what happens is that we’re brought up in a system that doesn’t support, nurture or empower that side of you. We’re taught from a very young age to fall in line with an idea of what life should be according to the current overpowering system, what we often refer to as Babylon, fake authority,” says Nattali, “Because the real authority, and the true power, is in each individual and their ability to connect with that and themselves. That’s why music is a way, a connector, and a unifier of these thoughts and feelings.”

“And for us now, its not just the lyrics and the music we want you to feel, but there are things in the music you can’t hear, and that you can’t see. Things you can only feel, and that’s the intention that we put into it. Every strum, every time we beat the drum, there’s intention in that because we believe other worlds are possible and we believe that we are the co-creators of the new reality and the paradigm shift.” 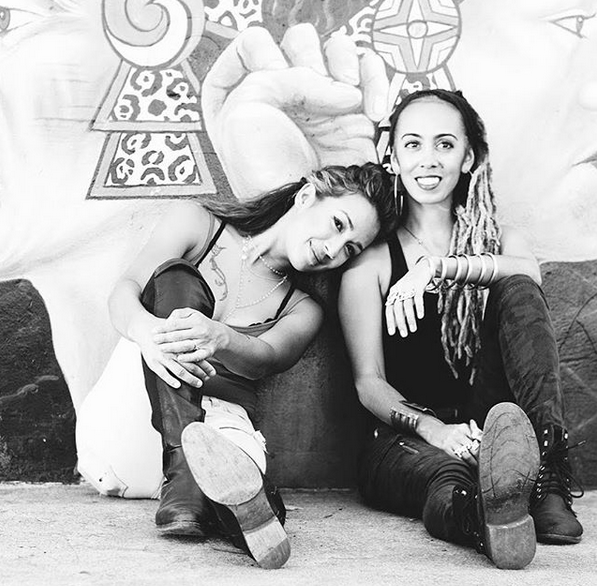 Although their music is very different from one another; Nattali’s style is more of the rock, rebel side of reggae, where Trish has a more pop, island style, both leading ladies have similar beginnings in music, as well as an aptitude for social consciousness and activism from their parents. Trish’s mother was from a poor province in the Philippines, and her father worked for the United Nations. Trish was made aware at an early age about the pain and poverty such large populations of the world face. “I am very much an empath and tend to latch onto another people’s tribulations. Both my parents are very much empaths as well. I’ve watched them give and give and never expect a thing in return. All I know is what they raised me to be aware of others and their feelings. How can we make one person have a better day or even a better life? If there’s something we can do within our capacity then just, ‘Go for it, my love,’ as my dad would say.” Her dad, has always been very supportive of her music career, and was the one who taught her the first songs she learned on the guitar.

Nattali’s mother taught her how to play the guitar, and also influenced her music taste with the greats such as Motown, Aretha Franklin, Santana, Bob Marley, and Janis Joplin. Her mother also worked for an organization in Australia that worked for indigenous people’s rights, giving Nattali exposure to the inequality and marginalization of the aboriginal people in her country, which had her questioning racism early on. “When I started actually writing, and putting pen to paper, what came out were songs about inequality,” says Nattali. One of the songs in her previous band, Blue King Brown, “Water” talks about lands rights and business people. The song was inspired by a remote indigenous community in the middle of Australia that Nattali taught music for, who were locked out of their sacred lands as well as one of their watering holes, especially detrimental to their desert existence. “All these sorts of things really piss me off,” she then laughs; “That energy is channeled into songs, and creativity, and trying to find ways to shift and change things.”

“Because you never know the power of a song,” she tells me. “The power of a word, the power of a lyric, the power of a sentence, those things can change lives. The way I’m still revealing meanings behind lyrics that I’ve been listening to for 20 years. Its funny that things reveal themselves to us when we’re ready, when our level of consciousness is capable of understanding them.”

Nattali says her show here earlier this fall, playing at Red Butte Garden, was one of her best shows with John Butler Trio. “We had a really nice vibe about it. Being on the road and seeing the music lovers in America, and their attention to detail, how loving they are. They are so receptive to us.”

Trish has been to SLC many times. “I’m in love with the scenery and the people alike. SLC has some of the most hardcore reggae fans! I can’t wait to finally headline this next show. And to have Nattali and crew by my side? Possibilities are endless.” says Trish.

This crescendo of charming and rebellious feminine power is bound to cause ripples of hope and strength in its wake. To quote Trish’s lyrics of the song the tour is named after; “Balance, creation, sweet givers of life I know you feel this feminine energy on the Rize always giving, living, loving and never expecting nothing. The light we’re bringing and singing to show you that a Woman comes first.”

This article was originally published on November 11, 2017.