What Yoga Is and Is Not 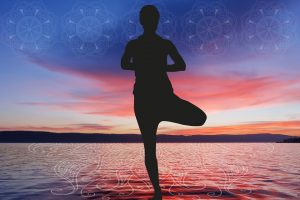 As yoga’s popularity has exploded in the past 15 or so years, a whole lot of new yoga styles have sprung into existence. In addition to Hatha, Kundalini, Iyengar, Inte­gral, Viniyoga and Ashtanga, the styles that have proliferated in the U.S. since the 1960s, there are the very popular vinyasa and hot styles. Then there are what longtime teacher Judith Hanson Lasater calls “yoga ands,” hybrid practices such as yogalates, paddleboard yoga and Yoga Booty Ballet (yes, this is real). Modalities such as Viniyoga, trauma-sensitive yoga and Yoga Therapy cater to individual needs.

All these different styles have widened yoga’s appeal, and made asana practice (the physical aspect of yoga) more accessible. But as yoga has become more popular, its definition has become much murkier.

Decades ago, when I’d tell someone I taught yoga, they’d often give an opinion as to whether or not they liked yo­gurt. While most people have a slightly more accurate picture of yoga these days, there are still a whole lot of misconceptions as to what yoga is and is not. Here are a few:

Actually, what the vast majority of people call yoga is actually asana, the third of yoga’s eight limbs. The eight-limbed system includes ethical guidelines (yama), personal practices (niyama), the physical practice (asana), breathing practices (pranayama), withdrawal from attachment to the senses (pratyahara), concentration (dharana), meditation (dhyana) and freedom (Samadhi). All the limbs of yoga contribute to the whole. None take precedence over the others.

Even asana itself isn’t intended to be exercise. It’s a practice of refining and quieting the nervous system through slow, mindful movements combined with breath awareness. The intention of asana is to prepare the body/mind for meditation.

You have to be flexible to practice asana.

It’s true that many of the asanas associated with yoga may require flexibility—as they also help you develop flexibility—in order to perform them to their fullest, Instagram-worthy extent. For­tunately, this is not the intention of practice. Mastery of asana practice, according to The Yoga Sutras of Patanjali, has nothing to do with flexibility or performance. It has everything to do with letting go of effort (read: letting go of your ideas about what your poses should look like).

According to the sutras, “[Asana] is mastered when all effort is relaxed and the mind is absorbed in the Infinite,” the Infinite being this moment here and now. This means that the least flexible person in an asana class has just as much access to true mastery as the most flexible person because mastery does not depend on what your body can or can’t do. Mastery comes when the mind and body are at ease in the present.

If you work hard enough, someday you will be able to do “advanced” poses.

First, I’d like to dispel the notion that there are such things as “advanced” poses. The truth is, there are people who were born into bodies that can do impressive poses from day one. I would not call these people—and I was one of them—“advanced” yogis. There are others—most people—whose bodies may never allow them to put their ankles behind their heads or push up into a backbend with straight arms. People in this camp are just as capable of mastery of asana, as defined above, as are the flexible people.

Our skeletons are all put together differently. Some hip joints externally rotate easily, while others internally rotate easily. Some hip joints will do full lotus from the get-go. Others will never do full lotus because of shape, depth and orientation of their sockets. Some shoulders are built to allow hyperextension; others are built for stability and will never hyperextend to allow straight arms in Upward Bow. The good thing is, none of this matters.

Mastery has nothing to do with what your body can or can’t do. It is dependent on the care and attention you give each moment of your asana practice, from the initial intention to move into an asana to the moments after you leave an asana and bask in the residue. Asana is a process. What matters is not how far you go or what you achieve. What matters is your presence in the continuously unfolding process.

Charlotte Bell has been practicing yoga since 1982. She is the author of several yoga-related books and founder of Mindful Yoga Collective in Salt Lake City. CharlotteBellYoga.com.