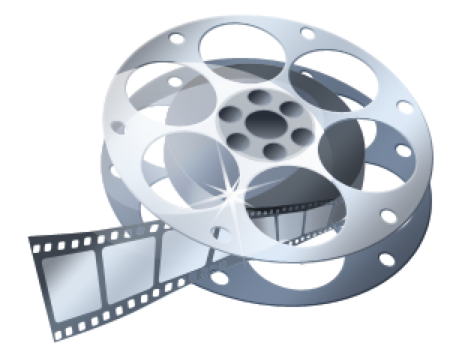 Long admired for his talent as a programmer who discovers new voices and tracks new distribution models, Cooper has already made his mark with a great new B-side website and calendar, an ical Sundance app and more shorts and trailers on line. Sundancing never looked so virtual and so easy to navigate. Also look for entries in THE NEXT CATEGORY, a new offering designed by Cooper to cordon off space for low and no-budget filmmaking. Eight “younger and fresher” American filmmakers will be showcased.

Sundance 2010 promises to be an amazing line-up for new Sundance Festival Director John Cooper. Long admired for his talent as a programmer who discovers new voices and tracks new distribution models, Cooper has already made his mark with a great new B-side website and calendar, an ical Sundance app and more shorts and trailers on line. Sundancing never looked so virtual and so easy to navigate. Also look for entries in THE NEXT CATEGORY, a new offering designed by Cooper to cordon off space for low and no-budget filmmaking. Eight “younger and fresher” American filmmakers will be showcased.

On the celebrity and Sundance veteran front Look for Lady GaGa, 50 cents, Kristen Stewart and Catherine Keener, Kevin Kline, John C Reilly, James Franco and Michael Winterbottom and Mark Ruffalo who all have two films in the festival. Comedians Joan Rivers, Louis C.K and NBA star Reggie Miller will all make appearances in biopics that have their world premieres.

Salt Lake City is still the best-kept secret of Sundance. Most venues do not sell out and nearly all screenings admit 90% of the waitlist lines—Below is a cheat sheet of films not to be missed organized by category and when then perform in Salt Lake. Happy Sundancing!

Cane Toads (from the same crazy team that did the Natural History of the Chicken) — second Sundance 3-D!

Countdown to Zero: An alarm call for global disarmament —terrifying

TO CATCH A DOLLAR: Muhammed Yunus Banks on America –Nobel Laureate brings micro-credit to the poorest of the poor in the richest county in the world. Saturday January 23rd at the Swaner Eco Center, American Express, Grameen Bank and The SLC Film Center present a fundraiser for Grameen America with Dr. Muhammed Yunus and Queen Latifah. 8pm Tickets are $200, proceeds will fund a business plan for a Grameen Bank to explore a Utah Chapter. For more details call 801-746-7000

I AM LOVE: a masterpiece from Italy about wealth and power and Tilda Swinton at her best

Women Without Men: Two amazing Iranian filmmakers Shirin Neshat and Shoja Azari dissect Iranian Society at the time of the 1953 CIA backed coup and installation of the Shah.

Winning Time: Reggie Miller versus the New York Knicks – Dan Klores directs – and he only knows how to do crowd pleasers and stranger than fiction

US Dramatic Competition (my pics of 16 feature films)

Enemies of the People, Cambodia/UK (Directors: Rob Lemkin, Thet Sambath) – A journalist whose family was killed by the Khmer Rouge befriends the perpetrators.

Last Train Home, Canada (Director: Lixin Fan) – CHINA The ordeal of a migrant worker family on a journey with 200 million other peasants, to reunite with family.

Sins of My Father ( Pablo Escaobar story and a crowd pleaser)

Secrets of the Tribe, Brazil (Director: José Padilha) – Can anthropologists among the indigenous uncover knowledge about mankind amidst scandals and infighting. An indictment on academia. Think Capturing the Friedman’s meets anthropology.

This year’s 16 films were selected from 862 submissions. Each film is a world premiere and you cannot go wrong with any of them

Family Affair (Director: Chico Colvard)— An uncompromising documentary that examines resilience, survival and the capacity to accommodate a parent’s past crimes in order to satisfy the longing for family.

Joan Rivers: A Piece of Work (Directors: Ricki Stern and Annie Sundberg)—A rare, brutally honest glimpse into the comedic process and private dramas of legendary comedian and pop icon Joan Rivers as she fights tooth and nail to keep her American dream alive. World Premiere — BY THE TEAM THAT DID THE DEVIL CAME IN ON HORSEBACK — At 75 this film looks at Joan’s OBSESSION/ neurosis to still stay famous

Lucky (Director: Jeffrey Blitz)—The story of what happens when ordinary people hit the lottery jackpot. By the team that did SPELLOUND

My Perestroika (Director: Robin Hessman)—My Perestroika follows five ordinary Russians living in extraordinary times — from their sheltered Soviet childhood, to the collapse of the Soviet Union during their teenage years, to the constantly shifting political landscape of post-Soviet Russia. Together, these childhood classmates paint a complex picture of the dreams and disillusionments of those raised behind the Iron Curtain. Wonderful music and archival

The Oath (Director: Laura Poitras)— Filmed in Yemen, The Oath tells the story of two men whose fateful encounter in 1996 set them on a course of events that led them to Afghanistan, Osama bin Laden, 9/11, Guantanamo, and the U.S. Supreme Court. – my prediction for

Restrepo (Directors: Sebastian Junger and Tim Hetherington)—Sebastian Junger and Tim Hetherington’s year dug in with the Second Platoon in one of Afghanistan’s most strategically crucial valleys reveals extraordinary insight into the surreal combination of back breaking labor, deadly firefights, and camaraderie as the soldiers painfully push back the Taliban. Visceral — and extremely humane looks at our soldiers

A Small Act (Director: Jennifer Arnold)—A young Kenyan’s life changes dramatically when a Swedish stranger sponsors his education. Years later, he founds his own scholarship program to replicate the kindness he once received. My prediction for Audience Award

Smash His Camera (Director: Leon Gast)—Jacqueline Kennedy Onassis sued him, and Marlon Brando broke his jaw. The story of notorious, reviled paparazzo Ron Galella opens a Pandora’s Box of issues from right to privacy, freedom of the press and the ever-growing vortex of celebrity worship. Another look at celebrity culture — young and up and coming director (also TEENAGE PAPPARAZZI and Joan Rivers)

Waiting for Superman (Director: Davis Guggenheim)—Waiting for Superman examines the crisis of public education in the United States through multiple interlocking stories—from a handful of students and their families whose futures hang in the balance, to the educators and reformers trying to find real and lasting solutions within a dysfunctional system. FROM THE DIRECTOR of AN INCONVENIENT TRUTH

This article was originally published on January 12, 2010.