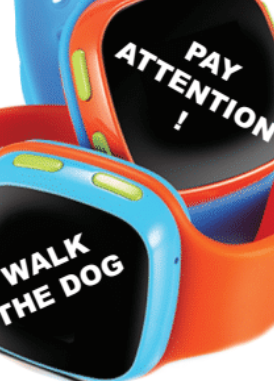 For most of my first six decades on this planet I routinely dismissed walking as some lesser form of exercise. I belittled even “jogging” because it seemed too recreational and silly sounding compared to actual running. As a runner and triathlete I accumulated a lot of ribbons, medals, trophies and sports injuries. Wading  into the deep web, you might find that I still hold a few records on obscure running courses. I’m also sure I was nationally ranked in ibuprofen consumption.

Like most of my former fleet-of-foot peers, I have put on a few pounds and lost a few ounces of cartilage. Despite this, I still have avoided any aftermarket parts in my knees or hips. I’d like to keep it that way until they come up with something fully robotic and controlled by Bluetooth from a voice activated phone app.

“Alexa, Dennis would like to run a five minute mile now,” I would ask. “Alexa, how many more miles do I have remaining before I have to replace my left leg’s brake pads?”

I can dream but I might have to just adjust my attitude about walking. It has taken some untraining and Tony Robbins-level mindfulness to adjust. It also helps to have a dog. A dog can change anyone’s mind about walking because to them walking is probably second only to bacon in terms of endorphin-producing pleasure. Our first dog knew the word “walk.” Our current dog is not so attuned to words, but he can differentiate between the door sounds of the five closets in our home. Hearing just the sound of the first few inches of that one door opening behind which hangs the leash can take him from a deep sleep to a yowling, wagging dead run for the door. If he could put his own leash on he would, but thankfully, that remaining task gives me purpose.

Now that I have succumbed to walking I might even start to like hiking. I have seldom hiked in my life because it feeds my competition addiction. Like once you start with a stroll to the Wind Caves you have to escalate to the Appalachian or the Pacific Crest Trail and be in debt to REI for the rest of your life. Walking the dog down to the snow cone stand just seems like a more attainable goal.

As with most new activities, you can become holier than thou quickly. I (probably too harshly) judge others’ walk styles. Just for the sport of it, I feel like bumping into people who walk and look at their phones at the same time. I could stand my ground and take the charge like defenders in basketball. I could walk alongside them or look over their shoulders and try to see what was so important on that tiny screen. Walking is such a simple pleasure that we can ruin with too much equipment. Maybe if I were urban walking I would want to tune out the noise, but then again I would tune out anyone sneaking up on me. If I am in my car, I fanaticize about running over them… just a little.

I am being a little hypocritical because I’ve become a prisoner of my little wrist-mounted step-counting slave driver.  The new devices are 10 times more complex than the old pedometers. These impersonal trainers not only count your steps but also give you periodic adulations or admonitions. Sometimes it is just a single word in all caps, MOVE! I feel like my day was wasted if don’t hit at least 10,000 steps by the end of the day and my watch confirms my shame.

Dennis can mainly be seen walking mornings and evenings in the Hillcrest area with Milo.