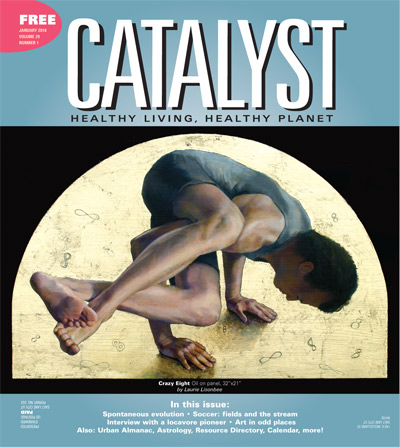 A question of shamans and priests.
by Donna Henes 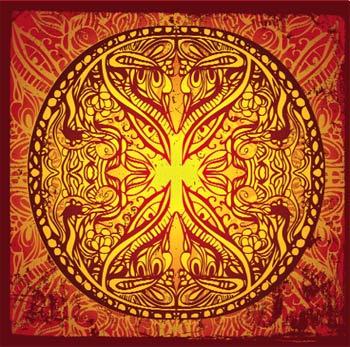 What is the difference between a priest or priestess and a shaman?
-Just Wondering in Wichita

Priest/ess cultures are usually hierarchical. Someone is always above someone who is above someone else. Those at the top of the pyramid have the authority to tell those below what to do and how to do it. Most of the Western world today operates on this model. Organized religions, corporations, schools and the nuclear family system are all models of priest/ess traditions. Power in these structured establishments is generated from the top down.

Most priest/ess systems have a traditional framework of rules and taboos that tend to get passed on as is, handed down through the ages without question.

There is a wonderful joke that perfectly describes this path:

A young bride was preparing her first holiday ham. (The Jewish version talks about a brisket!) She seasoned and sauced it. And just before placing it into the baking pan, she cut the end off of the roast.

“Why did you do that?” Asked her new husband, who had been observing the operation with pride and fascination.

“Because that’s how you’re supposed to make a ham. That’s how my mother always made ham,” she explained.

“But why?” he persisted.

The young woman dialed her mother. “Mom, you know when you make a ham and you cut the end off of it before you put it into the pan? Why do you do that?”

“I don’t know, I never thought about it. That’s just how you make a ham. That’s the way my mother always did it.”

“But why?” asked her by-now-perplexed daughter. “Call grandma and ask her.”

So the mother called her mother. “Ma, why is it you always cut off the end of the ham before baking it? What do you do that for?”

“Well, dear, when your father and I were first married, all we had was just one small roasting pan.”

This family custom of ham cutting had developed from a very real and practical need. And although the original, logical reason for the practice was now lost to the daughter and the granddaughter, the nostalgic pleasure of repeating comforting scenes from their childhood served their emotional needs.

The three major priest religions of the West have survived, altered perhaps, but basically intact. (One major alteration is the forgetting/ suppressing of their priestess pasts.) Judaism, Christianity and Islam have endured because their religious calen­dars of repeated cycles of rituals have been able to satisfy at least some of the spiritual, emotional and philosophical requirements of people.

It is only in recent decades that great numbers of people have be­gun to question religious authority and to look outside of their own inherited priestly religious pasts to find new ways of worship that speak more directly to their needs. In this quest for a more responsive spirituality, many people have begun to investigate older forms of relating to the divine.

Shamanic cultures predate organized religions. They encourage a more immediate, intimate, personal relationship with the sacred. Worship and devotion are deemed to be immediate and uninterrupted, and usually without the intercession of an intermediary.

This is not to say there are not traditional community rituals in shamanic cultures that have been performed throughout many generations. But it is commonly understood that each individual is capable of enjoying a unique and private relationship with the Powers That Be; that anyone can design and perform a personally relevant ritual.

Don, an Apache from Oklahoma, was for several decades a dedicated student of spiritual traditions from around the world and a fervent collector of religious books of every genre. When Don was on his death­bed, his friend Louie paid him a visit. Louie wanted to know if Don wished for a traditional shaman to counsel him through his final passage. He did not. Louie then asked him if he wanted to talk to a priest? No. A minister? No. A rabbi? A monk? A guru? No. No. No. Finally Don informed him, “I think I’ll just go direct!”

Shamans serve as spiritual leaders, leading through the power of their own direct experience with spirit, and not because someone above on the power ladder has granted them the authority to do so. As a shaman, I can teach through example, but not through dictum. I can encourage, inspire and support my constitu­ents, but I can not-dare not-pass judg­ment or laws. I can pat my students on the back, kick them in the butt or let them cry on my shoulder when they need help. I can tell them what I did, how I learned this or that lesson, but I cannot tell them what they should do. How do I know what their soul needs? I can, of course, aid them in finding their own wisdom, to learn from their own inner best self.

And, interestingly, some leaders and patrons within more progressive wings of the Big Three are experiencing the same needs and are beginning to explore this territory as well.

The shamanic assumption is that every person has her/his own mission in this life time. Her own dreams. His own way. Her own path. His own sensibility. Her own visions and designs. His own hard-won lessons. That we each have our own singular life to live, that every one of us must figure out for ourselves the fullest, richest, most effective, ethical and satisfying way in which to do it, and moreover, that we all own the power and the response-ability to make it so.

Yours till Niagara Falls,
-xxMama Donna

*Are you cyclically confused? In a ceremonial quandary? Completely clueless? Wonder no more. Send your questions about seasons, cycles, and celebrations to CityShaman@aol.com. Read her blog at queenmamadonna.blogspot.com.