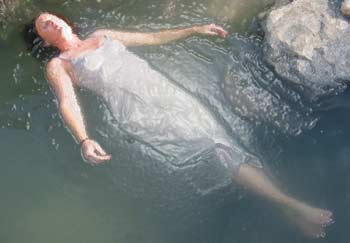 Day by day in the home, garden and sky.
by Diane Olson 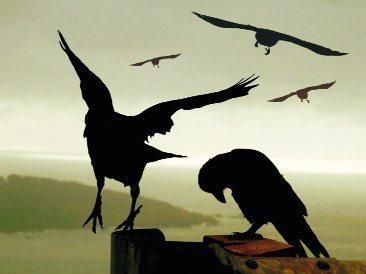 MARCH 1 The Sun rises at 7 a.m. today and sets at 6:19 p.m. March's average maximum temperature is 52°; the average minimum is 31°. Snowfall is typically 11.6 inches in the Salt Lake valley. At nightfall, look for a lush, waxing Moon floating alongside golden Saturn.

MARCH 2 Repair trellises, latticework and fences before things really get growing. On the Chinese calendar, which breaks the months into chieh, solar periods used to describe the season, this is the chieh of The Excited Insects.

MARCH 3 Full Sap Moon. Break out "Dark Side of the Moon": there's a total eclipse of the Moon tonight. Though here in Utah, the eclipse will be mostly over by time the Moon rises, leaving just a tarnished look to its surface.

MARCH 4 It's the perfect time to test your soil and make any necessary adjustments using organic amendments. You can order a soil test kit from a number of online sources, or get one from our local Agricultural Extension office.

MARCH 5 "It was the time of year when winter and spring overlap, like shingles on a roof, and the natural world is suddenly double in density."
-Mark Helprin

MARCH 6 More than half a chickadee's winter diet is aphid eggs.

MARCH 7 Go outside and take a

MARCH 8 Keep spring-flowering bulbs covered with mulch as long as possible. If not kept cold, they may flower too soon and get frost damaged.

MARCH 9 Red-tailed hawks are mating. You can see a surprising number of red-tails here along the Wasatch Front.

MARCH 10 If you're jonesing to plant early, you can warm up the soil by covering your vegetable beds with clear plastic. To plant, remove the plastic, or cut Xs into it and leave in place.

MARCH 11 Last Quarter Moon. Daylight Savings Time begins. Now is a good time to turn compost heaps and add manure to them. If turning a compost pile is physically difficult for you, simply shred everything before it goes on the pile, and it will decompose just fine without the additional oxygen gained by turning.

MARCH 13 Rake, reseed and top-dress lawns with compost. If legumes such as clover and black medic are taking over your lawn, your soil needs more nitrogen.

MARCH 15 Forsythia, crocus and daffodils are blooming, and deciduous trees are budding.

MARCH 16 Calcium is needed in greater quantity than any other soil nutrient. If your soil's pH is lower than 6.5, add limestone to increase the calcium content; it it's 6.5 or higher, use gypsum. Or you can just sprinkle powdered milk around your plants.

MARCH 17 Rule of the Green Thumb: Garden work can begin when a lump of soil squeezed in the hand is dry enough to fall apart slowly. So if the soil is water-logged, but you still want to plant, don't till-just poke seed holes, and keep foot traffic in the beds to a minimum.

MARCH 18 New Moon. Tradition has it that it's time to plant early crops when the lilacs show their first leaves, or when the daffodils start to bloom. So go to it! Start planting: carrots, celery, collards, leeks, lettuce, onions, parsley, parsnips, potatoes, radishes, snow peas, Swiss chard and turnips. And larkspur, pansies, poppies, sweet peas, wildflowers, evergreen trees and shrubs, too.

MARCH 19 The swallows return to the the Mission of San Juan Capistrano today. Astrological gardening holds that it's best to plant during the light of the Moon-from the day the Moon is new, until it's full. That means you should plant all of your early crops between now and April 2.

MARCH 20 The Sun crosses the celestial equator from south to north at 3:07 p.m. today, a phenomenon which held deep religious significance for many ancient cultures. The point directly overhead, called the zenith, was considered the pinnacle of heaven, and as the Sun usually represented one of the most important gods, its passage through the zenith was an especially auspicious event.

MARCH 21 On the Chinese calendar, now is the chieh of the Vernal Equinox.

MARCH 22   ….daffodils,
that come before the swallow dares, and take The winds of March with beauty
-William Shakespeare

MARCH 24 It's time to plant beets, broccoli, brussels sprouts, cabbage, cauliflower, kale and spinach. Try something new this year: Romanesque broccoli. It has a beautiful spiraling apple-green head, and looks more like an undersea coral than a terrestrial vegetable. It's widely grown in Italy, does well in northern climes, and supposedly tastes better than our more pedestrian version. You can order seeds from www.seedsavers.org.

MARCH 25 First Quarter Moon. When alarmed, meloid beetles, also called blister beetles, spray cantharidin, aka Spanish fly, a remarkably toxic compound. In times past, cantharidin pills were called pastilles galantes, and were used as an aphrodisiac by, among others, the Marquis de Sade. Applied to the skin, cantharidin induces large fluid-filled blisters. When ingested, a mere 100 milligrams is fatal to humans, and horses accidentally fed meloid-infested hay often die. For other beetles of the same species, though, it truly is an aphrodisiac.

MARCH 26 If you want to give some of your vegetable beds a rest this year, now's the time to plant early spring cover crops such as spring barley, oats, field peas and fava beans. www.seedsofchange.com has a good selection of cover crops, or you can ask your locally owned garden center to order them for you.

MARCH 27 Start nightshade-eggplant, pepper and tomato-seedlings under grow lights, in a sunny window, or in a cold frame.

MARCH 28 Look for huge, striped Jupiter, up by 1 a.m., as well as another Saturn/Moon rendezvous tonight.

MARCH 29 Prune fruit trees and late summer-blooming shrubs; trim out old berry canes. Don't mulch plants this early in the year, as it insulates the cold soil from the sun and keeps it from warming up.

MARCH 30 Moths rarely get stuck in spider webs because they have detachable scales on their wings.

MARCH 31 The Sun rises at 6:12 a.m. today and sets at 6:52 p.m. Rainbow and cutthroat trout are spawning. Snowshoe hares and long-tailed weasels are molting, and green frogs are starting to sing.