Januray 2 Robert Smithson, creator of the Spiral Jetty on the northeastern shore of the Great Salt Lake, was born on this day in 1938. Spiral Jetty is beautiful in winter.

January 3 For 2019, Earth’s closest point to the sun–called its perihelion – comes tonight around midnight.

January 4 Utah became a state on this date in 1896, making it a Capricorn. Joseph Smith (Dec. 23) was a Capricorn, too. Cap traits: ambitious, conservative, determined, practical and helpful.

January 5 New moon at 6:28p.m. Twelfth Night, in medieval England, marked the end of the winter festival of Saturnalia. The normal social order was reversed, and who found the bean in the king cake ruled until midnight.

January 7 Shoveling is easiest when the snow is freshly fallen. It’s is like what they joke about voting—do it early and often.

January 8 Put down not just the toilet seat but also the lid, before flushing. Norovirus, the most common cause of stomach flu, is easily transmittable in the teensiest (even airborne) doses.

January 9 Early in January 1949, a vicious three-day blizzard hit Northern Utah, breaking windows, damaging roofs and blowing snowdrifts up to 10 feet high on roads and streets. Livestock starved and froze. On the bright side: Skaters took advantage of strong ice at the Liberty Park pond, and children played on the huge snowdrifts.

Januray 11 If it doesn’t bleed to death, a cockroach can live for weeks without a head.

January 12 Today’s a good day to tackle “stuff.” For insights on what to keep and what to pass on, ask yourself: Do I love it…use it…need it…have space for it?

January 14 Did you plant kale or collards in your garden last summer? Go look—it may still be out there, and perfectly edible. (Deer ate all the kale in CATALYST’s front yard garden a few winters ago, leaving only stalks and hoofprints.) 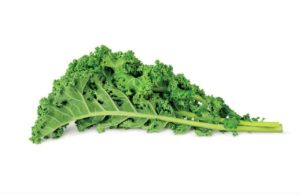 January 15 In a power outage, food in the fridge will stay good for four hours. In a full freezer, frozen food lasts 48 hours; in a half-full one, 24.

January 16 Got a favorite song that you know the words to? What’s your child’s or friend’s favorite song? Do share! (If no song comes to mind, you might like to choose and learn one.)

January 17 Today is National Bootleggers Day and the birthday of crime boss Al Capone who, in the 1920s, supposedly said that Ogden, Utah was “too wild a town” even for him.

January 18 MLK Week begins tomorrow. Martin Luther King, Jr. visited Utah on January 31, 1961, and spoke to a crowd of more than 1,500 in the University of Utah Union Building. 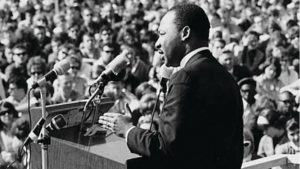 January 20 Total lunar eclipse tonight begins in SLC at 7:36pm and lasts five hours. Full Wolf Moon at 10:17p.m. Also, it’s a supermoon. Because the supermoon is closest to Earth, it looks bigger and brighter. Big night for luna lovers!

January 21 This is a good time to prune apple and pear trees. These trees   develop fruit on short branches called fruiting spurs, which are productive for only five to seven years. Pruning encourages the growth of productive new spurs. Prune grape vines now, too.

January 22 Got cabin fever? Head out to the West Desert and look for overwintering bald eagles, red tailed hawks and kestrels.

January 23 Laws re. recycling have changed since China has refused to stop taking most of our plastic crap last year. It’s confusing, but you can’t go too wrong with paper, aluminum & steel cans and cardboard in your blue bin.

January 24 The Sundance Film Festival, which begins today, makes Utah the epicenter of smart, thoughtful and cool, at least for the next 11 days. Join in: Sundance.org/

January 25 Plumb your soul, clarify your goals, play like a kindergartener: Make a vision board! Focus on how you want to feel, not just on things that you want.

January 27 Giving the gift of yourself, literally: Donate blood. If you can’t donate blood yourself, volunteer. Info here.

January 28 Data Privacy Day. Remember to shred!!  Identity thieves are afoot, and in cars, going through trash bins—seriously, in SLC.

January 30 Take a walk around the neighborhood with an eye out for snowdrops, violets,  greening garlic and hellebores blooming in south-facing niches.

January 31 And if you just feel like hunkering down, that’s fine, too: There is nothing like staying at home for real comfort, writes Jane Austen in Emma.