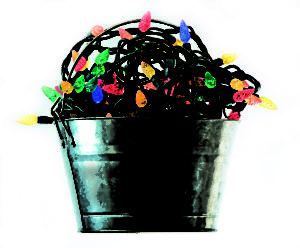 December 3 On this day in 1984, a toxic leak from a Union Carbide pesticide plant in Bhopal, India, exposed 600,000 people to toxic gas, killing 16,000 people (to date). Area groundwater is still contaminated.

December 4 As the weather turns cold and wet, people living on the streets would particularly appreciate warm socks and underwear. Bring them to The Road Home, 210 Rio Grande St. 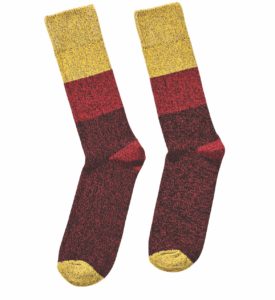 December 5 Make sure all your garden beds are covered with organic matter. Leaves and grass clippings will do the job.

December 7 New Moon. Those astrologically inclined consider the day of the new moon the best time to set intentions. Try it!

December 9 Master your thermostat. (Check your manual or look for it online). Drop the heat to 60-67 at night. What are those blankets, pets and bed partners for, anyway?

December 10 Today we celebrate Jane Addams, the first American woman to receive the Nobel Peace Prize. Known as the founder of social work in the U.S., she was a feminist and a peace activist, believing women had the right to vote and make themselves heard both in politics and in society. She also helped found the National Association for the Advancement of Colored People (NAACP) and the American Civil Liberties Union (ACLU).

December 11 Gift idea: A kaleidoscope! The mystery and magic of the kaleidoscope helps us focus and relax, and engages both right and left sides of the brain. Available in wide range of quality and prices online and occasionally in local art galleries.

December 12 Pointsettia’s reputation as a toxic danger to pets has been hugely overstated. Folk uses for the maligned plant include remedies for skin, warts and toothache. 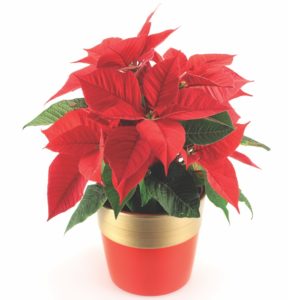 December 13 Sunshine helps boost vitamin D, which is good for your brain and bones in addition to helping ward off Seasonal Affective Disorder (S.A.D.). Go for a midday walk!

December 15 Matcha tea powder comes from the same plant as green tea. However, it is grown and processed differently, resulting in more chlorophyll, amino acids, antioxidants and caffeine than regular green tea. For a cozy, energy-boosting treat, make yourself a matcha latte.

December 17 Smoke of the resin myrrh (which was one gift of the Magi to the infant Jesus) “enhances meditation and divination, restores clarity, and elevates the internal and environmental energies,” writes NYC ceremonialist Mama Donna Henes in her new book, Bless This House: Creating Sacred Space Where you Live, Work & Travel. It’s  also used in embalming and to treat hemorrhoids.

December 18 International Migrants Day. “Migration has always been with us. Climate change, demographics, instability, growing inequalities, and aspirations for a better life, as well as unmet needs in labor markets, mean it is here to stay. The answer is effective international cooperation in managing migration to ensure that its benefits are most widely distributed, and that the human rights of all concerned are properly protected.” — UN Secretary-General António Guterres

December 19 One-fourth of your house’s heat could be leaking out through gaps around doors and windows. Door sweeps, draft snakes, insulation around frames and cellular (often called honeycomb) shades help.

December 20 It’s not just at Stonehenge: The U.S. holds evidence of ancient astronomers who paid tribute to the Winter Solstice, including Chaco Canyon, Mesa Verde and Wally’s Dome in the West.

December 21 Winter Solstice. At local noon, your shadow will be the longest of the year.

December 22 Full Moon: 10:48am. December’s full moon is called the Cold Moon, as winter sets in and temperatures plummet.

December 23 Birds need fat in winter to stay warm. Provide them with suet (a cake of beef or mutton fat, available from your grocer’s meat department). They like it straight or with sunflower seeds.

December 24 Wary of raw eggs? Unless you’re very old or infirm, don’t be. The USDA estimates that one in every 20,000 eggs contains salmonella bacteria—the average consumer would encounter a contaminated egg once every 84 years. So enjoy those homemade eggnogs, especially the ones containing eggs from local pasture-raised hens!

December 25 Transformation and redemption: What Charles Dickens’ A Christmas Carol is all about. Even 175 years after publication, the story is still funny, scary, inspiring and hopeful. The book, free online: https://bit.ly/2jvu5Hw. Of the many filmed versions, the 1951 version, starring Alastair Sim, is the best: https://bit.ly/2RA1BvF

December 26 Dry air can make you more susceptible to colds or the flu. Try a humidifier.

December 27 No Interruptions Day. This is a day to get organized for the new year by cleaning up your workspace without interruptions. Turn off the phone, ignore your e-mails, close your door and enjoy the peace of no interruptions for a full day.

December 28 Each year, between Christmas and New Year’s, trash collection increases by 25%.

December 29 Three-dog night: when it’s so cold, you need three dogs in the bed to get warm. Of Inuit (or possibly Australian) origin.

December 30 Holiday feasts messing with your innards? Make sure you’re eating enough probiotics (found in fermented/cultured foods) and prebiotics (found in soybeans, garlic, leeks, onions, asparagus, jicama and chicory root). Love and respect your microbiome—the nation of bacteria, viruses and other microbes that dwell in your body.

December 31 “Wherever you go and whatever you do, take care to leave only luminous imprints behind you.”