APRIL 1 The Sun rises at 6:12 a.m. today and sets at 6:53 p.m. The average maximum temperature this month is 61 degrees and the average minimum is 37 degrees, with a typical snowfall of 7.3 inches along the Wasatch Front.

APRIL 2 Around 45% of the average household’s waste can be composted.

APRIL 3 Time to clear winter mulch from around roses and give them a good cutting and feeding. Also plant raspberries and blackberries.

APRIL 4 Snowshoe hares, a popular treat for foxes, coyotes, bobcats, bears and raptors, are known as the “Snickers bars of the forest.”

APRIL 5 Look for shimmering Venus and speedy little Mercury, high together in the west, 40 minutes after sunset. When Mercury is at its closest to the Sun, it moves so quickly that the Sun appears to move backward.

APRIL 7 Better hang up the pruning shears; otherwise you won’t get blossoms on summer- and fall-blooming shrubs and trees. 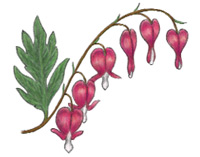 APRIL 8 Time to divide summer-blooming perennials. Larkspur, delphinium, lily-of-the-valley, bleeding heart and sweet pea are all mildly poisonous; you might want to wear gloves when handling them.

APRIL 9 You can grow potatoes in bushel baskets or five-gallon pails with holes punched in the bottom. Fill the container halfway with compost, set the potatoes, and cover with more compost. As they grow, add more compost, always keeping the plant buried.

APRIL 11 Seriously, plant some broccoli. Broccoli evolved from a European wild cabbage plant around 2,000 years ago. The Romans were the first to adopt it, and it was Italian immigrants who brought it to the U.S. Broccoli likes moist soil for the first four weeks after planting, and fertilizer at three weeks. 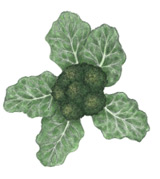 APRIL 13 A cat’s collarbone isn’t connected to any other bone; it simply sits buried in muscle, so it’s highly flexible. That’s how they fit through such tight spaces. 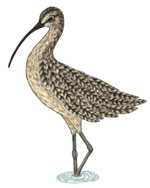 APRIL 15 Give the lawn a good raking and (organic) feeding. No need to mow until the blades are two inches high. Look for a tender sliver of Moon hanging next to Mercury, just above the horizon at sunset.

APRIL 16 When planning your vegetable garden, consider that carrots and tomatoes don’t grow well near each other. Neither do squash and potatoes, lettuce and broccoli, or peppers and beans.

APRIL 19 Time to turn the compost pile and add minerals or compost innoculant. Mars, visible through binoculars tonight, passes near the Beehive star cluster (found in the center of Cancer).

APRIL 20 Some ant colonies designate individual ants as storage tanks for the honeydew collected by the workers. When other ants need food, they stroke the mandibles of the honey ant, which prompts it to regurgitate.

APRIL 21 FIRST QUARTER MOON. Get the jump on those stubborn perennial weeds while the ground is still saturated. Many weeds sprout early in the spring so they can soak up sun before the trees leaf out. Look for Mercury near the Moon tonight.

APRIL 23 Venus hovers just to the left of the Pleiades star cluster for the next three nights.

APRIL 24 Start prepping beds for warm-weather crops; healthy soil needs two to three inches of new compost; depleted soil, four to six inches. But do it after you go to the Advanced Organic Gardening class at Wasatch Community Gardens.*

APRIL 25 Trees are (part of) the answer. Researchers have found that adding just 10% to the existing green cover in high-density urban areas will lower surface temperatures for the next 70 years.

APRIL 26 When you’re buying planters, keep in mind that unglazed terra cotta dries out quickly, and absorbs moisture from the soil. You can seal terra cotta by smearing a tablespoon of petroleum jelly over the interior of the pot.

APRIL 27 In one of his experiments, Ben Franklin electrocuted a turkey by shocking it in the head, and then revived it by repeated blowing into its lungs. It was likely the first use of artificial respiration both on a turkey and to treat electrical shock.

APRIL 28 FULL SPROUTING GRASS MOON Some gardeners align their garden tasks with phases of the Moon, believing that it controls the amount of moisture in the soil, just as it does the tides. Moisture content is said to be at its peak during the New and Full phases, making those the best times to plant.

APRIL 29 Start hardening off warm weather seedlings so they’ll be ready for transplanting in a couple of weeks. The first grasshoppers—big, speckled range hoppers, with bright orange wings—are emerging.

Come forth into the light of things; let nature be your teacher.
—William Wordsworth