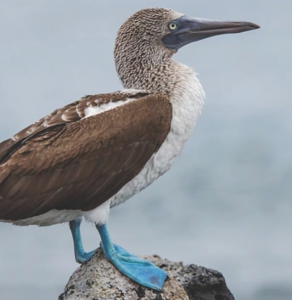 August 3  Gokotta (pron. zhoh-KOH-tah) is a Swedish word that means “the act of rising early to hear the birds sing.” Perhaps tomorrow you will rise early to enjoy the dawn chorus.

August 4  Vegetables continue to age after they’ve been picked, even if you freeze them. To slow down that process and retain flavor, texture, color and nutrition, blanche them first. Check online for optimal times for your produce.

August 5  Last year on September 19,  a blue-footed booby was spotted at Lake Powell’s Warm Creek Bay. Many birders confirmed this siting with photos. This bird typically lives off the west coast of South and Central America. 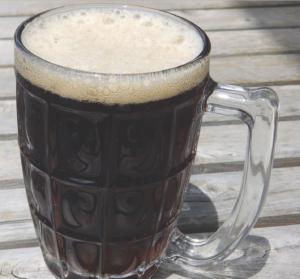 August 6  National Root Beer Day. Sassafras root used to be a key ingredient in flavoring root beer but is banned by the FDA for commercial use because of its safrole content, for which there is a toxicity concern. Safrole is also a key ingredient in the manufacture of MDA and MDMA, so imports of the oil are closely watched.

August 7  Working cows: Phragmites australis is an invasive plant that can crowd out native wetland vegetation. Phragmites currently occupies large areas on the Bear River Bird Refuge. Grazing cattle are part of the plan to control the aggressive plant.

August 8  First thing in the morning and when you go to bed at night, wiggle your toes. According to reflexology, the body’s meridians, which connect with every organ, culminate in the feet. Wiggling your toes stimulates and relaxes your entire body.

August 9  If you know how to make wine, and have been “blessed” with too many zucchini, make a dry white country zucchini wine. Instructions here. 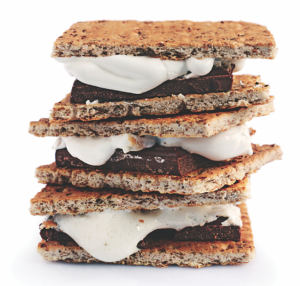 August 10  The word “s’mores” first appeared in print In 1956, in a book called The Omnibus Of Fun. The recipe is classic: graham cracker, chocolate bar, toasted marshmallow. Campfires are scarce these days, but you can also toast the marshmallows on a grill or a gas stove.

August 11  Pepper is for more than just flavor. This taken-for-granted spice helps us digest our food and absorb vital nutrients. It also increases the bioavailability of herbal and conventional drugs. Please pass the pepper!

August 12  Perseids meteor shower tonight and tomorrow.  But don’t wait up for it this year. This week’s full moon will make the sky too bright to see any but the brightest of “falling stars.”

August 13  Left-handers make up only about 10% of the population. But 60% of the last 10 U.S. presidents were lefties—Barack Obama, Bill Clinton, George H.W. Bush, Ronald Reagan, Gerald Ford and John F. Kennedy. Reagan was forced by school teachers to write right-handed, which was the custom of the day.

August 14  The costly saffron, the stigmas of the fall-blooming C. Sativus crocus, likes our dry soil and air. Plant bulbs now for October harvest. Bulbs are about $12/dozen and will multiply.

August 15  Full Sturgeon Moon, 6:29am. In the garden: Time to rest, celebrate and meditate. Pick medicinal herbs and plants.

August 17  Getting into the back-to-school mode and need some lunch boxes? Look here for green-friendly options. 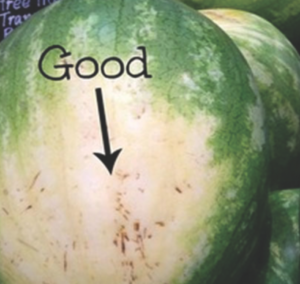 August 19  How to choose a ripe melon: white “field spot” on the fruit’s underside, hollow sound when thumped and dull skin. They don’t get sweeter after picked. Store at 45-50ºF. Keeps one to two weeks.

August 20  The eggs of the three-inch-long shield-backed katydids (aka Mormon crickets) can take up to five years to hatch. 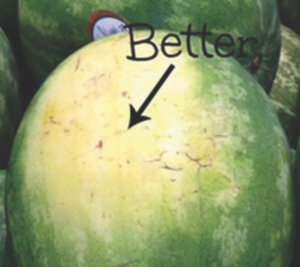 August 21  There are approximately 850 million visits each year to American museums. That’s more than the attendance at all major league sporting events and theme parks combined.

August 22  Liquid soap (which first hit the commercial market in 1980) has a carbon footprint that is 25% bigger than bar soap, thanks primarily to plastic bottles and their fancy pumps. 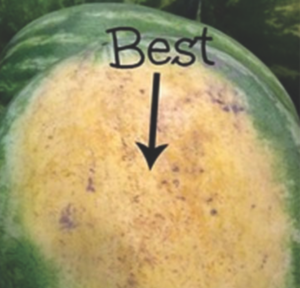 August 26  Hard to believe but 100 years ago, American women did not have the right to vote. That changed on this day in 1920—the culmination of a massive civil rights movement that began in 1848.

August 27  “I would feel more optimistic about a bright future for man if he spent less time proving that he can outwit Nature and more time tasting her sweetness and respecting her seniority.” — E.B. White

August 28  Cultivate your inner ichnologist: Pick up a copy of Dinosaurs Without Bones by Anthony Martin (Pegasus Books, 2015) next time you head south.  Visit their Stomping Grounds, just outside of Moab and see what you can learn about dinosaurs from their fossilized three-toed tracks.

August 29  The time for 2019’s lazy days of summer vacation is drawing to a close. Listen to Spanky and Our Gang sing “Lazy Day” (watch the YouTube video for a true taste of the ‘60s) or check out the original Our Gang in their 1929 short comedy film Lazy Days.

August 30  SUPER NEW MOON: 4:37am. In a super moon, the moon is at or closest to Earth in its orbit, even though we can’t see it because it’s overhead in the daytime!