Toward a Healthier Environment 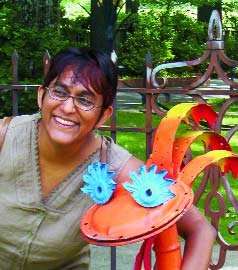 Deep breathing – a health risk? Air pollution from the physician's point of view.
by Zell McGee 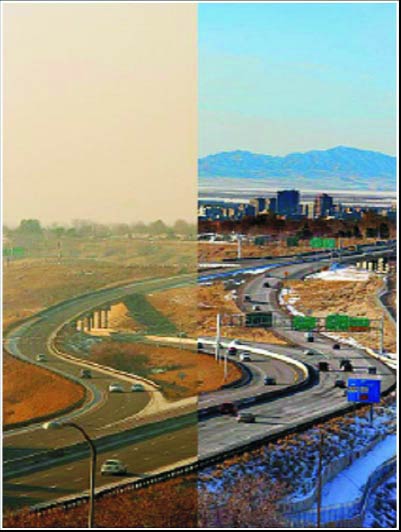 Ever considered how much every breath costs you in terms of health and health care? Scientific literature on the effects of air pollution shows distinct associations with health problems. Air pollution produces ill health, with its personal costs of suffering and compromised quality of life. Further, when Rocky Mountain Power makes plans for new coal-fired power plants, it doesn't consider these costs. The population at large and the victims themselves pay the economic costs of this ill health.

Air pollution is associated with a wide variety of health threats. For example, mercury released by burning coal transforms into methyl mercury in biological systems. It has been associated with damage to the developing nervous system of the fetus, resulting in permanent measurable defects in fine motor function, memory, attention and language skills.

Circumstantial evidence links mercury pollution to autism. Even without these new plants, Utah already has one of the highest autism rates in a 14-state study (one in every 133 children; one in 79 boys).

Particulate matter (PM) includes both solid particles and liquid droplets found in air. Particles 2.5 micrometers or less in diameter (PM 2.5) are believed to pose the greatest health risks. Investigators at the Harvard School of Public Health have noted the association of elevated levels of PM 2.5 in air and an increased frequency of pneumonia. They demonstrated that in the presence of PM 2.5,  respiratory tract cells that normally ingest and kill pneumococci (bacteria that cause pneumonia in adults and middle ear infections in children) failed to kill the bacteria (Am J Respir Cell Mol Biol 36:460, 2007). Thus, air pollution produces a state of increased vulnerability to respiratory tract infections, with increased health care costs.

Along the Wasatch Front, even short-term exposure to elevated PM 2.5 pollution levels resulted in increased risk of stroke and cardiac death (Circulation 2006 114: 2443, 2006). The increased Utah death rate attributable to elevated levels of PM 2.5 has been estimated at approximately 1,000 individuals per year.

Children exposed to air polluted by tobacco smoke at home, and young adults exposed to active or passive smoke in closed public places (for example, pubs and private clubs) have an increased incidence of the bacteria  Neisseria meningitidis (meningococci) in the bloodstream, with resulting meningococcemia and meningococcal meningitis. About 5 to 15 percent of children and young adults carry Neisseria meningitidis in the back of their nose and throat (nasopharynx). This "carrier state" is normally not harmful, but children breathing air polluted by various types of smoke have an increased incidence of bloodstream invasion by these bacteria, with resulting meningococcemia and meningococcal meningitis. This infection can result in the blood clotting within blood vessels, and in extreme cases necessitating amputation of limbs and sometimes resulting in meningitis with blindness and deafness.  The PM 2.5 appears to facilitate meningococci being carried in the nasopharynx to cross the epithelium (lining) tissue and to invade the bloodstream, sometimes with devastating consequences.

Utah Physicians for a Healthy Environment, an environmental advocacy organization of Utah doctors, recently reviewed the published data on the health effects of air pollution and have concluded that a rapid, bold response with measures to reduce pollution's threats to our health is warranted. These measures include:

•    a 20% emissions reduction strategy by the Air Quality Board

•    establishment of air pollution warning indices that promote the safety of pregnant women and their unborn children.

We all must begin advocating with new determination for less risky and less expensive energy sources such as wind, solar and geothermal, coupled with increased conservation, to minimize air pollution's harm to ourselves and loved ones.  u

The Utah Association of Municipal Power Systems, one of three participants in a new 950-megawatt coal-fired plant near Delta, is proceeding to sell contracts to its members as if the project is a done deal.
According to Nicole Warburton of the Deseret News, at least 30 UAMP member cities have signed on to buy power from the proposed plant. Salt Lake City is not a UAMP member. But Bountiful and Springville are undecided, and Murray, Logan and Heber have declined. California cities have dropped out because the plants do not meet California clean-energy standards.

In 2004 the Utah Air Quality Board issued an air-quality permit for the plant, which the Sierra Club and Grand Canyon Trust appealed. They were denied standing. But in November the Utah Supreme Court declared the Air Quality Board must hear the citizens' groups' appeal. Those hearings are scheduled for this fall.
The main debate seems to focus on impacts to air quality from a project that is 80 miles upwind from the Wasatch Front, and whether we have viable alternatives. Three major wind farms are planned to come online in Utah next year, according to Laura Nelson, Gov. Jon Huntsman's energy advisor. Don't count on it to solve our energy problems, though: Most of that power will be sold to Southern California Public Power Authority.
–thanks to Nicole Warburton, Deseret News, April 25, 2007, and Tim Wagner, Sierra Club

Zell McGee and Stephanie Colquitt are members of  Physicians for a Healthy Environment.