To Sum It Up: Wal-Mart by the Numbers

It doesn't paint a pretty picture. 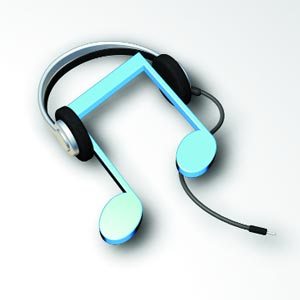 Wal-Mart spends billions of dollars to improve its image and silence its critics, who have accused it of widespread legal and ethical violations. The following represents a snapshot of one of the world’s largest companies.

• If  Wal-Mart were a country, it would rank as the 20th largest economy on earth

• Fifth largest employer in Utah, ranking between the University of Utah and Hill Air Force Base (walmartfacts.com, Utah Dept. of Workforce Services)

• Wal-Mart’s average full-time employee earns $9.68 per hour. Wal-Mart does not release median wage information (which would be lower and more realistic for most employees) or the pay figures for the 26% of its employees who work part-time. Wal-Mart’s full-time pay rate is about 31% lower than the national average wage of $12.67 for retail workers. (walmartfacts.com, Institute for Policy Studies, Bureau of Labor Statistics)

• Wal-Mart CEO H. Lee Scott made $17,543,739 in total compensation in 2004—nearly twice the average salary for leading CEOs. This equates to $8,434.49 per hour, or 871 times the hourly wage of the average full-time Wal-Mart employee in the United States. The ratio between the pay of Lee Scott and the average workers producing Wal-Mart products in China and Bangladesh is about 50,000 to one. (Institute for Policy Studies)

• Wal-Mart’s 2006 annual report stated that the company faced 57 wage and hour lawsuits from its workers. In December 2005, a California court ordered Wal-Mart to pay $172 million in damages for failing to provide meal breaks to 116,000 hourly workers. In March 2005, Wal-Mart agreed to pay $11 million to settle allegations it failed to pay overtime to janitors. (WakeUpWalMart.com)

• Wal-Mart is currently facing the largest civil rights class action lawsuit in history. It charges Wal-Mart with discriminating against women by systematically denying them promotions and paying them less than men. The lawsuit includes more than 1.6 million current and former female employees.

• Because of Wal-Mart’s low wages, many employees are forced to turn to government programs to meet their basic needs. According to one report, Wal-Mart workers receive, on average, $2,103 per year in federal subsidies. (The Hidden Price We All Pay for Wal-Mart, by the Democratic Staff of the Committee on Education and the Workforce, US House of Representatives, 2004)

• In 21 states including Utah, Wal-Mart leads the list of companies with the most employees and dependents enrolled in state-funded healthcare programs. (WalmartWatch.com)

• Only 43% of Wal-Mart’s 1.39 million employees are covered by company health insurance. In 2004, Wal-Mart spent nearly the same amount on advertising as it did on health insurance for its employees. (WakeUpWalMart.com)

• Wal-Mart imported $18 billion worth of goods from China in 2004 and was responsible for about 1/10 of the U.S. trade deficit with China in 2005. About 60% of Wal-Mart goods are imported. (WakeUpWalMart.com)

• And finally, though already gigantic, Wal-Mart continues to get bigger. In November 2006 they opened 21 new stores in the United States. Considering these figures, how many more Wal-Marts does this country need? The answer seems quite clear. That number is zero.

Dan Belnap is active in several antipoverty and workers' rights related community organizations in Utah.  He currently works as an antihunger advocate at Utahns Against Hunger in Salt Lake City