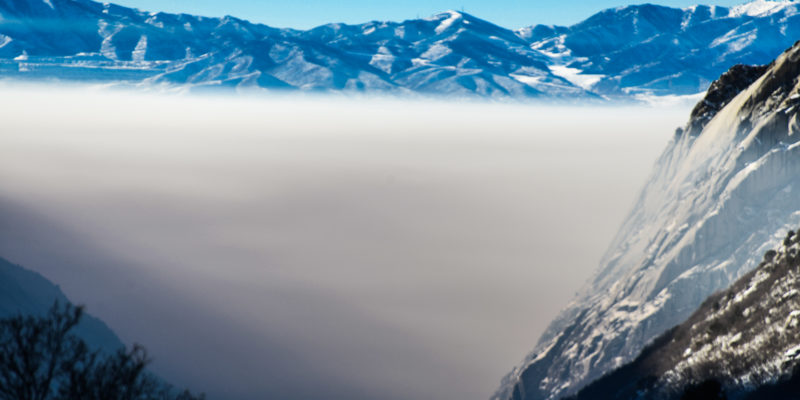 We know air quality is an issue, especially when we awaken to a skyline of smog. It’s definitely a problem which has caught the eye of many Utah organizations. On Feb. 11, the University of Utah Hinckley Institute sponsored a public meeting with several of these groups to discuss the pollution problem. Called Inverting the Inversion: Addressing Utah’s Air Quality, representatives from University of Utah’s department of Occupational and Environmental Health and Safety (OEHS), UCAIR and HEAL Utah answered several burning questions, and even addressed Gov. Gary Herbert’s $100 million air quality budget proposal.

Students and community members nearly filled the room to hear the groups speak on the topic. According to HEAL Utah’s Scott Williams, about 42% of the overall emissions come from transportation vehicles. Yes, this includes the car you drive to and from work every day. Gov. Herbert’s $100 million air quality budget proposal includes an increase in charging stations for electric vehicles and an upgrade to the EPA’s Tier 3 standards.

OEHS Manager Michael D. Brehm brought up the importance of switching to electric vehicles. Brehm supports the electrification of vehicles. But at what cost? Electric vehicles are still quite pricey and an average household would have a hard time affording one. UCAIR Executive Director Thom Carter thinks there should be a state incentive for driving an electric vehicle, including a change in infrastructure. It’s easy to believe electric vehicles will solve all our problems, but it’s not completely the case, according to Williams, who gave us some food for thought: We could just be trading one problem in for another.

Gov. Herbert’s proposed budget sounds nice, but it all comes down to what the legislature will do.

Brehm mentioned that he knows of families who have moved out of the Salt Lake Valley due to the local air quality. Carter says we need to find ways to limit or decrease car emissions. Suggested solutions include abolishing parking lots or charging high parking rates. Brehm said  increased parking rates influence car emissions. He also noted the University’s responsibility for student and faculty accommodation.

Organizations such as these are leading the way in creating a culture of people and businesses willing to make cleaner choices: Carpooling, using alternative transportation, reducing idling and upgrading to Tier 3 fuels and electric cars are some things individuals can do to make Utah a better place to live. Let us remember that it takes a village to raise a child, and it certainly takes a community to make a difference.