A different kind of holiday.
—by Robert Tennant

I wrote the first draft of the abandoned project that eventually became Booksmart in 2003, sitting at the bar of a brewpub where I was working at the time. I used to spend a lot of time at that bar, not always writing.

Booksmart is a comedy about someone who is fed up with his retail job at Christmas. But it’s not just the rude customers and the corporately dictated chronic understaffing, it’s the wages and the lack of benefits and not enough hours to make ends meet. It’s like that old vaudeville joke Woody Allen tells: Two old ladies are at a restaurant complaining to each other about the quality of the food, and then one turns to the other and says, “Yes, and such tiny portions.” 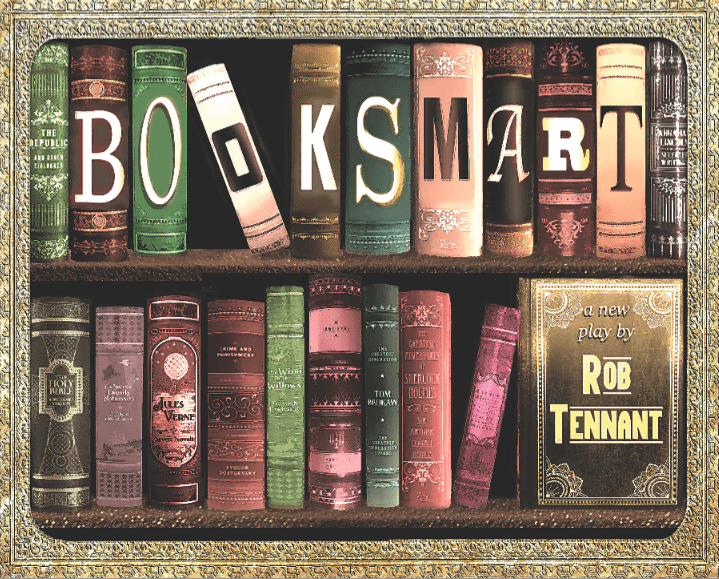 Customer service is the figurative worst. Sure, it’s not coal mining, but I think coal miners at least get health insurance.

For a growing number of people, it’s just the only option left. We used to make things, but now we just sell them. Folks used to be able to get a job at a local factory, join a union, and work at a living wage with a pension to look forward to at retirement. They bought houses while they were still in their twenties, raised families on one income, and had enough left over to save for the future.

Now the grown children and grandchildren of those folks wear nametags and ersatz smiles to work in order to scrape together enough for rising rent and endless student loans for educations they can’t afford to use because they can’t endure a year’s unpaid internship to secure an entry-level job in their field, assuming their field hasn’t been automated or outsourced yet.

So they work retail, or foodservice while they pick up temporary gigs on the side trying to break into a field that will allow them the financial stability to finally really begin their adult lives before they’re 40. They work when they’re sick. They take unpaid time to visit their parents at the holidays. Only recently did most of them have the option of health care, but have you seen the low-end plans offered by the “Afford­able” Care Act? Better than nothing, I guess.

It doesn’t have to be this way. Just a generation ago, it wasn’t. College tuition could be paid with the proceeds of a summer job. The working class had collective protections and their labor was valued highly enough that their collective voice spoke from a position of power.

But those circumstances have been so thoroughly dismantled that we don’t even know where to start rebuilding them. We have impressions of the world we want to live in, but not practical knowledge of how it works. The prospect of reconstituting the middle class and the simple comfort and dignity it affords is as daunting as being asked to fabricate a sports car with nothing but a pile of spare parts and an ad torn out of a magazine to go on.

So, with the generous help of the David Ross Fetzer Foundation for Emerging Artists and Plan-B Theatre Company, I wrote a play about it. Hopefully a funny one (did I mention it’s funny?). A play that tries to get us over the hump of frustration and at least point to the starting point of the long journey that will be necessary to put this country back together after the neglect of the past 40 years or so. We have to start somewhere.

Rob Tennant is a writer of various forms and genres, but BOOKSMART is his first play. It receives its world premiere at Plan-B Theatre December 3-13 in partnership with The David Ross Fetzer Foundation for Emerging Artists. Tickets and information at planbtheatre.org.

This article was originally published on October 30, 2015.