The Political Made Personal

Many people recognize Kate Kelly as a fierce advocate and passionate activist. A graduate of the American University Washington College of Law—the only law school in the world founded by, and for, women—in 2013 she founded a group called Ordain Women to advocate for gender equality in the Church of Latter Day Saints. She was famously excommunicated from the church in June 2014 for speaking out against the fundamental exclusion of women, but her work for parity in religion continues unabated. Last September, Kelly joined Planned Parenthood Association of Utah (PPAU) as their new Strategic Advocacy and Policy Counsel.

We asked Giuliana Serena, a rites of passage facilitor, to interview Kelly about her expanded focus.

Tell us about your decision to get involved with Planned Parenthood.

All of my passion and professional experience has been to protect basic human rights and be an advocate for myself and other women. The position at PPAU came up and I thought it was a perfect confluence of my training, skills and commitment to human rights and my desire to empower women. Utah has been my home off and on since 1999, when I came to do my undergrad at BYU. I have a connection to this place and the people.

I’ve had many positive interactions with Planned Parenthood over the years. I am childless by choice, and before I got married in the Salt Lake Temple, I went to Planned Parenthood to get affordable access to birth control. As a young married law student I received free healthcare from Planned Parent­hood, including well woman exams and cancer screenings.

I was so grateful for the care at Planned Parenthood, and dissatisfied with the misogyny I encountered in the LDS Church that eventually I started paying my tithing to Planned Parent­hood as a donation, instead of to the Church. Working for PPAU is one of the most direct and concrete ways I can help protect the rights of women in Utah, a group I care deeply about. 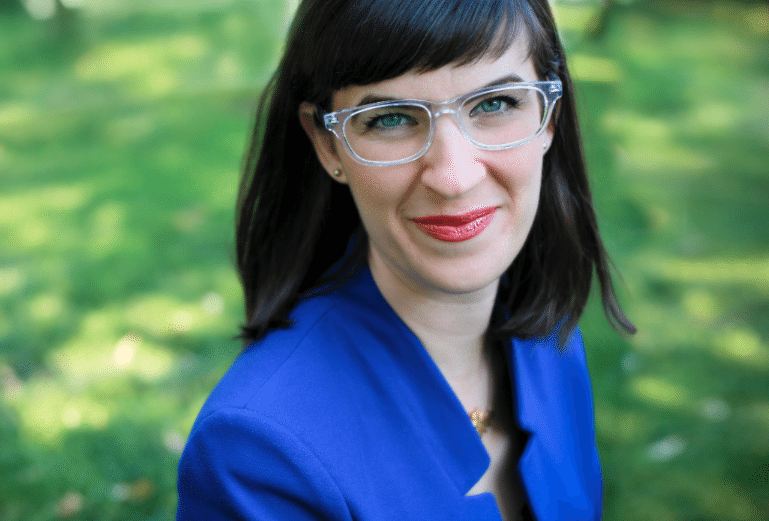 The anti-choice movement has not been successful in overturning Roe v. Wade, as much as they would like to do so. But they have been extremely effective at turning the fights against reproductive rights to the states. They are systematically chipping away at access to abortion. In Utah that has meant limiting providers who perform abortions, instituting age requirements, parental consent requirements, a 72-hour waiting period, and several new bills that will be coming up in the 2016 legislative session to reduce the number of women who can access abortion.

A crucial case will be decided in June of 2016 before the Supreme Court. The case challenges 2013 legislation in Texas that is some of the strictest in the nation. This is the most pivotal case thus far, aside from Roe v. Wade (see sidebar) and Planned Parenthood v. Casey, a 1992 decision limiting Roe v. Wade and allowing states to pass some laws to regulate abortion. So, 2016 will be a big year for choice, both nationally and in Utah.

Planned Parenthood Association of Utah hosts an annual Roe v Wade Anniversary party on January 22, the day the Supreme Court made its landmark decision in 1973. What’s the intention of the celebration?

The event celebrates our rights, as women, to control our own bodies and reproductive choices. It is also a chance to come together as a community, and prepare ourselves to protect those rights.

This year we are focusing on storytelling. We have the fantastic opportunity to partner with you, and collaborate on bringing women and men in to tell nuanced, vulnerable, powerful stories about abortion care. We did a series of workshops last month to help people prepare powerful stories to tell, and have curated a diverse set of stories, both from those workshops, and from other community members. These stories will be performed at the January 22 event.

So are people actually going to want to come listen to stories about abortion?

In doing this storytelling event, we want folks to know that stories about abortion, like any other stories about life events, can be emotional, but also fascinating and sometimes even humorous. There will be a wide range shared by the storytellers and it will be such a deep, compelling night. It will also be fun! It is a delightful thing witness the beauty of human experience told in a setting such as the one we’re creating.

Why do you think it’s important to tell these stories—for the storytellers, the audience, and even for those not in the room?

It is imperative for those with real experiences with abortion tell those stories and make them known. It helps us all step back from our black and white narratives, on both sides. One in three women in America will have an abortion in her lifetime. Hearing stories that are told with courage and nuance helps us also see the humanity in women who terminate pregnancy, in a way that reading about it or hearing about it from policy makers or pundits rarely can.

What kinds of stories can folks expect to hear on the 22nd?

The stories will be about lives, about mistakes, about joy and hope, about new beginnings, about compassion, about the entire range of human emotions. There will be stories from women who have had abortions, providers who performed abortions, men who are allies to women, and a range of experiences. I think attendees will be surprised at the breadth of stories.

Do you have hopes for the event to have a broader impact, and how so:

There are so many ways in which I have changed my mind over the years. I remember exactly where I was and what I was doing when I first heard a woman tell a positive story about abortion. Professor Pamela Bridgewater was my mentor in law school and told me about how she had an abortion as a very young teenager. She described it as a medical procedure that for her was a very unemotional event. She said that “my parents told me that being a teen mom was not Dr. Martin Luther King’s dream for me and helped me end the pregnancy.” She told that story publicly and at speak-outs because she wanted to shift the paradigm about reproductive rights. Professor Bridgewater made the political personal to me in a very day-to-day way. I was always pro-choice, and I realized for the first time when I heard that story that for some people, abortion is very uncomplicated and matter-of-fact.

Whether or not people intend to attend this event, how can they support PPAU and its mission “to promote responsible sexual behavior and to reduce the physical, emotional and social costs of unplanned and unwanted pregnancy”?

Planned Parenthood is one of only two abortion providers in the state, and provided this service to 1,247 women in 2014. Interestingly, Utah had the lowest abortion rate ever recorded in 2014. To me this indicates that, now more than ever, women in Utah are getting access to the care they need, in many ways because of Planned Parenthood. If people want to stand with women and protect their choices, they can email me kate.kelly@ppau.org to join our Citizen Lobbying program to help protect our right to choose on the state level. They can also contact me if they are interested in volunteering with PPAU. There is a lot of work to do!

Who has an abortion?

Abortion is a common experience: At current rates, about one in three American women will have had an abortion by the time she reaches age 45. Moreover, a broad cross section of U.S. women have abortions. 58% of women having abortions are in their 20s; 61% have one or more children; 85% are unmarried; 69% are economically disadvantaged; and 73% report a religious affiliation. No racial or ethnic group makes up a majority: 36% of women obtaining abortions are white non-Hispanic, 30% are black non-Hispanic, 25% are Hispanic and 9% are of other racial backgrounds.

Giuliana Serena is a ceremonialist, rites-of-passage faciiltator and the creator of Moontime Rising. She’s also co-founder of The Bee, a semi-monthly storytelling gathering in Salt Lake City.