Novices, I come to you at a crossroads in my life. I will be stepping away from the world of writing and journalism, at least for a time, and venturing out into other worlds, known and unknown. With that being said, this will be my last NG for the time being. May we greet the winds of change with open minds, hearts, and arms. But, as for this post, we will be discussing the wonders of rose quartz, a stone of love, both inner and outer.

Greek mythology says that the stone was created by a mishap of the gods: Adonis, lover of Persephone and Aphrodite, was attacked by Ares who took the form of a wild boar. When Aphrodite flew down to save Adonis, she nicked herself on a brier bush, drawing blood. Adonis passed away in Aphrodite’s arms; their blood flowed and commingled on a nearby quartz stone, staining it a soft pink color, creating rose quartz. The ancient Egyptians and Romans are said to have thought that rose quartz had powers to clear the complexion and prevent wrinkles; for these purposes they would create a facial mask, either from crushed rose quartz or water imbued with its properties, and apply liberally. In many Eastern cultures the stone was considered sacred, and was often used as a carving stone. Some cultures believed that quartz, in all its many colors and forms, was solidified water (apart from ice) and could be used to bring about rain—there is some evidence of quartz being used in rain ceremonies throughout parts of Australia and New Guinea.

Medicinally the stone can be carried, worn, or placed in close proximity to improve blood circulation. It is also said to fortify the heart and sex organs, bringing about a greater fertility rate. It may help to sooth burns or blisters, either by placing a smooth stone of the affected area or by making a tincture from the stone and pouring that on the wound. Rose quartz may also aid in relieving tension of the muscles and body, palpitations or skipped beats heartbeats, and in creating a regularized blood-flow. Emotionally, rose quartz is also a great healer of internal wounds having to do with the heart, helping to erase, restore, and renew.

In magic, by carrying or meditating with a rose quartz, one may create a deeper sense of empathy, sensitivity, and (perhaps as a side effect) over-sensitivity. It is used in rituals pertaining to healing and the altering of one’s conscious state. Rose quartz is often placed upon  personal altars to increase the potency of any magic done there or nearby, also to honor the eternal Mother. It is considered one of the most powerful stones for love magic, and seems to hold great sway in all matters of the heart. If set in a shared space, it can help promote peace and fidelity between lovers. This elegant, soft pink stone may also be worn to deepen one’s appreciation of beauty in oneself, others, nature, and all forms of art. In order to cleanse your rose quartz, simply place out under moonlight or submerge in a cooled sage and sweetgrass tea.

Rose quartz is not simply a stone for love in the romantic sense, but in all senses. It is a stone which, at its best and with proper utilization, can clearly illuminate to us the importance of self-love, which will in turn prepare us to love others—a lesson we shouldn’t soon forget.

Over these past nine months we have learned and grown, sprouted like herbs in spring; be proud of that. Until next time, Novices, stay studious.

Smith is a cookie connoisseur, moonlight meanderer, and aesthete at large. His work has appeared in 13 Experiments, Folio, Stone Soup Review, SLUG Magazine, Salt Lake City Weekly, and CATALYST Magazine. He earned his BA in English from The University of Utah and currently writes from a room with many plants.

This post made possible by a generous contribution from: 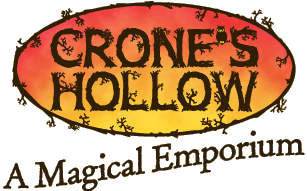 This article was originally published on October 5, 2016.