The Happiness Guru: We Can Work It Out

The price of intimacy often means being honest about your deepest fears and desires.
–by Jon Sheffres 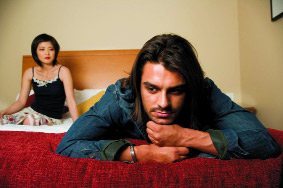 As a couples therapist I work with smart, gifted, accomplished people who are having a terrible time living and loving together. What makes this even more poignant is that the "how tos" of a successful relationship are not all that difficult to learn and to master. As a matter of common sense, most of us know how to have relationships that are harmonious and satisfying. Most of us, for example, have a dear friend or two with whom we share hopes and doubts, celebrate life's victories, and commiserate during hard times. It may be easier to cut this friend some slack when he or she does something we don't like than when our intimate partner disappoints us in some way. The plain truth is that we sometimes treat total strangers better than our own beloved.

When I think about this, I hear the optimism of the old Beatles refrain, "We can work it out.  We can work it out." and I think, "Can we? Can we really?" I believe the answer is "yes"- but that it often takes a commitment to really knowing ourselves and letting our partner in on our deepest fears, as well as our greatest dreams.

Take as an example the complaint that many couples bring into therapy: "We just don't communicate very well."  I find usually that when there is a block in communication it is because the two partners have become stuck in the content of what they have been arguing about. Couples tend to argue about the same things over and over, using mostly the same words and phrases. When a couple argues in my office I will often stop them and ask, "Have you had this argument before?" Both partners usually look at me with their heads bobbing in agreement (it may be the first thing they've agreed on all session). Then they will admit they have actually stopped listening to each other because each knows exactly what the other is going to say.

Therapists sometimes refer to this as being "hypnotized" by the content, because each person believes the fight is only about "my position vs. your position." If I have your position memorized then I really don't have to listen to you- I know what you'll say even before you say it. So instead of listening to you while you are talking, I am busy planning a way of restating my position, preparing to use even stronger language-and in a louder voice.

A conflict that does not work its way beyond content tends to stay stuck in a "right-wrong" orientation with both partners trading accusations and criticisms, getting more and more defensive until one or the other pulls away, disappointed and resentful again that he or she has not been heard or understood.

The problem is that most of us don't really want to make ourselves understood, not completely at least. To be understood we have to take a risk and really be vulnerable, letting the other  know what it is we most fear and most want. The noted psychologist and couples therapist researcher John Gottman says that our greatest hopes are often disguised as criticism. Take as an example a man who criticizes his wife for not wanting to have sex with him very often.  He may have spent months or years resenting her for being too tired or apathetic to be sexual- "Ever since she had our first child she just hasn't been very interested." She, on the other hand, may criticize him for not being romantic enough: "He used to do things to make me feel special and loved. Now he just wants me to get turned on at the drop of the hat. A woman needs to be wooed."

This is a common dynamic between men and women, especially after the birth of a child. If this man stays focused on the fact that she is no longer very sexual with him, if she stays focused on the fact that he takes her for granted, they will go on having the same argument over and over. The argument will in fact reinforce the behaviors they would like to change: A criticized woman is not likely to feel very sexual; a man who feels blamed and unsuccessful is less likely to be attentive and loving. How do they get beyond this impasse?

First, by noticing that the way in which they are arguing is an extension of their sex life: Neither one is getting naked in front of the other; neither one is really being vulnerable and open; neither one is really sharing from his or her heart. Gottman coaches his couples to move beyond the criticism to what they really desire from one another-and how painful it is when these desires are not met.

We may ask the husband in our couple: "Why is it so important for you to have sex with this woman? Is it only about sex-or is it something deeper? What does it mean to you when she is available to you, when she openly desires you, when she invites you into her body and her world? What is the experience you want to create with her when the two of you make love?" We might also ask him about his fears: "What disturbs you exactly when she does not want to be sexual? How does her apathy worry you, make you anxious, scare you?"

We might ask similar questions of the woman: "What makes his attention in particular so important? What type of attention are you wanting? How does it make you feel when you get it?  How is romance part of the vision you have for this relationship?"

In the end, getting real with each other might be the biggest turn-on. Honesty and a heart-to-heart sharing is usually the "foreplay" needed to get a couple's sex life back on the right track.

Jon Scheffres (Guruprasad Singh), MA, LPC is a psychotherapist, lecturer, and a KRI-certified kundalini yoga teacher.  Email him at jon@lifecounselingandyoga.com.

This article was originally published on July 27, 2007.