Merry Prankster Ken Babbs, merry still, talks Cronies, the evolution of the counterculture and unshackling the mind with CATALYST

Ken Babbs, one of the original and leading Merry Pranksters and participant in the famous (or infamous, depending on who you’re talking to) ‘acid tests’ will be in Salt Lake City this month to read excerpts from his book Cronies, a work nearing completion. Cronies, which Babbs describes as “neither a memoir nor fiction,” chronicles his many escapades with best friend Ken Kesey (One Flew Over the Cuckoo’s Nest) between 1958 and Kesey’s death in 2001.

Babbs says the book is a “burlesque” in the style of Washington Irving’s A History of New York: a historical recording of real occurrences, but with many (sometimes irreverent or absurd) “inventions and exaggerations.” The point, he says, is not to school or persuade as it seems every other book wants to do nowadays, but simply to “entertain” and brighten the reader’s day. A preview of Cronies and other works by Babbs can be found on his website. 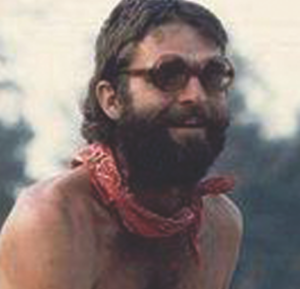 When I called to interview Babbs I caught a telling snapshot of his life after Further/Furthur (the magic bus in which Babbs and other Pranksters ate a lot of acid—still legal then—and barnstormed the country). His wife answered the phone and said he was “wrangling chickens” and could he call back in an hour? Babbs, now 80, spends most of his time writing, reading books, biking and gardening with his wife Eileen, surrounded by nature in small-town Oregon. Who could ask for more?

When I got on the phone with Babbs I asked what his days as a Prankster meant to him and how they continue to shape his experience and the culture at large today. I wondered if he thought the progressive and open culture of the 1960s still existed or if, as many believe, we have only been in a downward spiral away from what seems an almost mythical level of resistance and awareness that marked that decade.

Babbs said that counterculture is alive and well today, with festivals and artistic movements all over the country popping up as organically as mushrooms . He calls it “the true American dream”—raw, open, insubordinate, yet cooperative living and the freedom to express that lifestyle through art. He endorses modern raves and the culture that started it and has attended several himself.

I prodded Babbs further by asking if he takes issue with the way that younger generations have interpreted the hippie movement, and if he thought that the hippie culture had in some ways evolved into something less than enlightened.

Unmoved by my appeal to potential negativity, Babbs replied that there is awfulness and greatness and everything in between that contributes to our rich culture. “You can’t knock anybody. Certain values exist no matter what you’re doing: truth, honesty, fairness and kindness. These values are true values that some people pick up on and some don’t. But those who don’t are the ones we have to be most merciful toward and help them along the way. You have to face each one with the same loving intensity.”

Our conversation was at once pleasant and fluid, prompting me to go off script more than once. I asked him about how he feels about the state of the world and if he, having lived through boiling racial tensions, environmental degradation, conflict with Russia and plausible nuclear war of past decades, had any wisdom to share with us today. He commented that as usual, “The people in control are maniacs who only see their own self interest and their quest for more money.” History is repeating itself, he continued;, the difference between then and now is an unrestrained partisan media and that the circumstances today seem “more magnified.” Despite this, he remains optimistic. It is easier to organize and spread the word because of new technology. More broadly, he says, “The pendulum always swings back and forth between good stuff and bad stuff, but I can feel it swinging back now.”

What do we really need to do to make a difference? “Vote!” he says. Boomers have certainly gotten that right. I can only hope that my generation of millennials will finally catch on this election.

How does Babbs continuously rebuff negativity and resist becoming the next jaded American in this day and age? His advice is: Whether it be sculpting a pot, strumming a guitar or baking a soufflé, do something with your hands. “The groove is the thing,” he says. This keeps the doer grounded and prevents her from getting too wrapped up in what Walt Whitman calls “sickly abstractions” of the mind. Equally important, he says, is to “get into your life and enjoy your life with your friends, family and others. Don’t let that stuff take over your mind because once they get in your head, they’ve got you.”

I think I know what he means. I, myself, at times have fallen into the media trap and become spun out by the tornado that is our news cycle. Simply attempting to keep up the last two years has been exhausting. Well, just like the great Oz, much of it is smoke and mirrors. Using my energy to actually do something about an issue I care about is much more practical and energy-efficient. Even more important is loving presence: Being kind will always be the most effective way to make a positive difference. In the future, if I remember only one message from my chat with Ken Babbs, it will be this: Presence is the freedom both to do good, and to create.

Kaleigh Stock is from Las Vegas, Nevada and recently graduated from Weber State University in English and psychology. She is a new writer at CATALYST and very much looks forward to her continuing journey forward with the magazine. 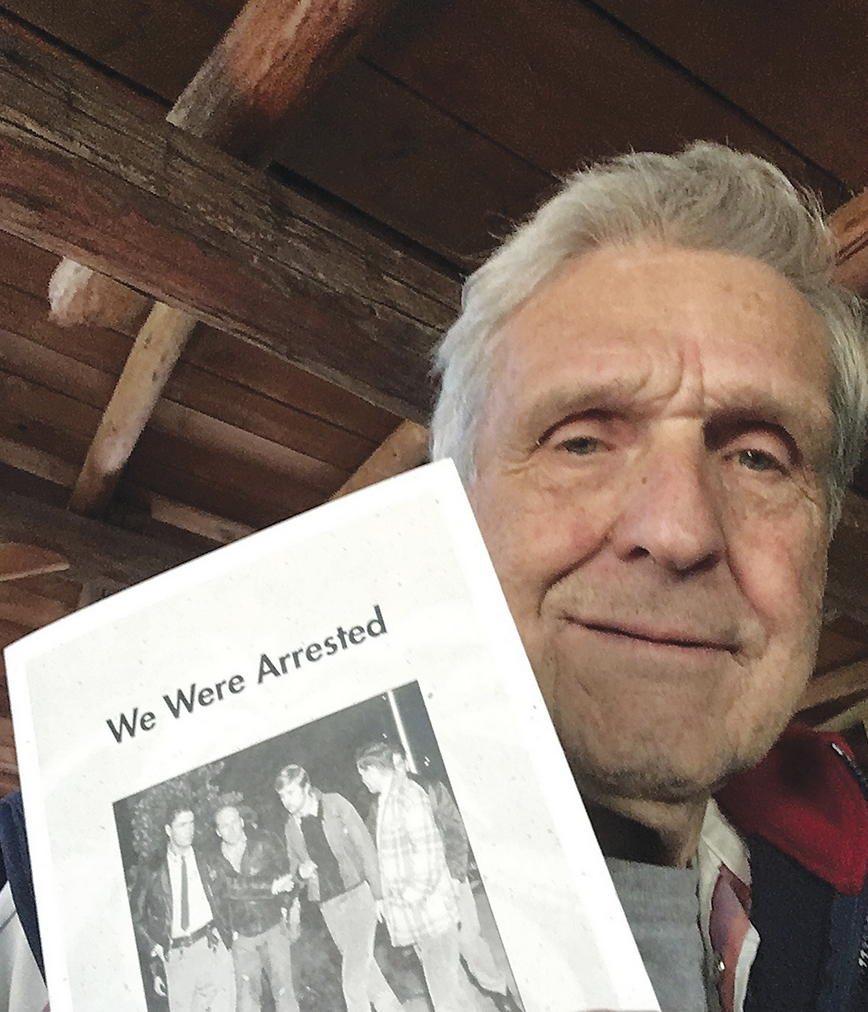 (This event is part of the Utah Humanities Book Festival.)

ONLY TWELVE DOLLARS, my chapbook, We Were Arrested, a chapter from my upcoming book, Cronies. Printed on 100% hemp paper and click on Shop Now. 12 dollars, free shipping in U.S., all books signed.

You can also pay with cash, check or money order sent to Babbs Books, 812774 Lost Creek Rd., Eugenem, OR 97431—www.skypilotclub.com