The Gift of Turiya’s: open again, with a new second location 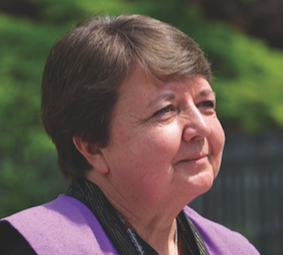 In the space amidst the spirit, the body and the soul, there is a veil space. The veil space, the fourth state of consciousness or pure consciousness, is the definition of turiya in Eastern traditions. Turiya appears as the top dot in the “OM” symbol. The Western definition of the Sanskrit word turiya is “unspeakable peace” or unity/bliss.

For Jan Jacobsen, co-owner of the Inner Vision Institute and student of intuition, the name aligned deeply with her on many levels. She also wanted to choose a name for her business that had a prayer in it; a prayer of peace.

In the early 1990s, Jacobsen and a business partner used all the money they had to create a place where people could be together, study intuition and be reminded of the magic that is all around. Jacobsen opened up Turyia’s Gifts in November 1991 at 1088 South 1100 East selling books, jewelry and candles.

“It was at a time when few people even knew the word chakra. People thought we were witches because we were selling things like rose quartz and incense!” says Jacobsen.

For those who knew, though, the name (and the place) was a blessing.

A young man came into the shop one day who had recently returned home from traveling in India. “I’ve felt so disoriented since being back, having just spent so much time studying the Upanishads. As I was driving by, I looked up and saw this word Turiya, and I was at peace,” Jacobsen remembers him telling her.

The gift store and healing center had become a place for many to gather and feel at peace. The white dove, Jennie Bird, who lived at the shop for many years, became a symbol of Turiya’s. Along with a symbol of peace, Jennie Bird also tells a story of grief and new life. Jennie Bird died in 2001, around the same time of grieving the deaths of 2,977 people from bombing of the Twin Towers and the Pentagon.

During that time, when the space for grief seemed bigger to so many, some very serendipitous gifts were given to Jacobsen. Completely separate from one another, two people in the community, one a former advertising rep for CATALYST, brought Jacobsen new doves, Angel and Gabriel, who became lovebirds. Emi (one of Angel and Gabriel’s nearly 70 offspring) lived at the store for 15 years. Turiya’s will have another dove after the pandemic settles down.

One of Jacobsen’s students, Kristen Dalzen, remembers passing the time at Turiya’s, browsing their crystals and talking to Jacobsen. “Jan always had these bright loving eyes, and this presence about her,” says Dalzen, who eventually rented a Reiki space in the healing center. Dalzen, who grew up in Provo, found her place in Salt Lake through the Turiya’s community.

In 2003  when Jan lost her lease, Turiya’s moved to the current location at 1569 South on 1100 East. In 2008, Dalzen and business partner Stephanie Pappas took on the stewardship of Turiya’s when Jacobsen was ready for a shift. Jacobsen is still the crystal buyer and merchandiser for the shop.

“It’s been this beautiful expansion and collaboration,” says Turiya’s current owner, Dalzen. In October she opened a second location, Turiya’s Gallery, in the building formerly occupied by Charley Hafen Jewelry on 900 East at 1400 South.

In a year like 2020, the feeling of abundance might feel in short supply; not so at Turiya’s Gifts on 1100 East (which just reopened for the first time since the beginning of the pandemic) and Turiya’s Gallery. Turiya’s Gallery, with its tall ceilings and elegant array of larger crystals, stones, statues and artwork interspersed with orchids and rose petals, is a space to go fill yourself with joy and wonder.

Even though my budget does not yet allow most of the offerings at Turiya’s Gallery, going there reminded me that in order to manifest the riches and beautifully adorned inner and outer life of my dreams, surrounding myself with the feeling of abundance is a good first step. I did, however, take home two small stones from their opening day: red jasper for a sense of calm, and moss agate for bravery and new beginnings. Each cost me $4.

The Turiya’s saying, “Come home to yourself,” takes on a deeper meaning in this new location. It’s like coming home to that sacred space in yourself, maybe a place you’ve forgotten, that is abundant with love, warmth and safety.

“I just hope that we come out of the other side of this pandemic and get to be together,” says Dalzen, who envisions the new gallery space as a place to gather, when the time is right.

CATALYST has shared 30 of its almost 40 years with Turiya’s. “There was nothing here when CATALYST began,” reminisced Dalzen, “And now it’s amazing how fertile, diverse and abundant it is—the shops, the practitioners, the gatherings. What’s happened in Salt Lake, and in Utah at large, is a result of these places of connection.”