The Ebb and Flow of Jazz

It’s Thursday night, jazz night, at the Garage on Beck. Despite the bar’s location on the industrial north side of Salt Lake next door to the fiery plumes of the oil refineries, and the fact that it’s still a work night, a healthy gathering of people have come out for a drink. The group is half millennials and half baby boomers, though they’re not really mixing. Hugged up to the bar next to the stage, a half dozen grey and balding heads nod in time to the sound of jazz guitarist Corey Christiansen. Out back on the patio, the younger crowd gathers around the fire pit to chat. For the younger patrons Christiansen’s music appears incidental, perhaps even unnoticed.

For a small city, where booze was once hard to find and nightclubs were a rarity, Salt Lake City has for the last 25 years and more been a surprisingly welcome and prosperous home for jazz music, jazz musicians and jazz audiences. One of the earliest jazz pioneers in Utah, Steve Williams and KUER 90.1, brought America’s native art form to the radio waves from the campus of the University of Utah with an evening jazz program that is still broadcast across the state each night to thousands of listeners. Around the same time just down the road, Rev. Tom Goldsmith of the First Unitarian Church was starting Jazz Vespers, keeping bodies warm with music through the winter nights. The GAM Foundation followed suit with a concert series, now starting its 20th season at the Capitol Theater, bringing the best of jazz to town with artists like Wynton Marsalis, the Dave Brubeck Quartet, Herbie Hancock, John Pizzarelli and Diana Krall. The momentum continued, spawning the Salt Lake City Inter­national Jazz Festival (helped in large part by the influence of then-mayor Rocky Anderson), groups like the Wasatch Jazz Project Big Band and the Salt Lake Alternative Jazz Orchestra. But as we continue into this new millennium, and as music changes with the demands of younger audiences, it is unclear whether Utah’s jazz legacy is becoming just that, a part of our past.

“People don’t think there is a jazz scene in Salt Lake but I’m playing six gigs this week alone and I’m not the only one making a living playing jazz here,” says local musician Steve Lyman, 32, who since 2001 has made a living as a professional jazz drummer. When he’s not teaching at the University or studying for his Master’s degree, Lyman is cobbling together gigs at half a dozen venues around town – Gracie’s on Mondays, the Garage on Thursdays, the Grand America Hotel, Bodega 331, Bar X, the Bayou. Lyman, a member of the Jazz Vespers Trio, also knows that the bars aren’t the only places in Salt Lake with good music.

“I’ve been a jazz lover since my teen years,” says Rev. Goldsmith. “When I was living in New York in the late ’70s I happened upon a Lutheran church on Park Avenue on a late Sunday afternoon that offered a jazz vespers program. I thought it was an interesting concept.” He transplanted the idea to Salt Lake where it flourished. Now starting its 25th year, Jazz Vespers continues to give a venue to local artists and to pack the pews on Sunday evenings through November to Christmas.

In the last four years, mostly under the influence of the new Jazz Vespers Quartet –Courtney Smith, Steve Lyman, Denson Angulo and David Halliday – the Sunday night services have held on to their younger audience. The reason, thinks Goldsmith, is the group’s willingness to break new ground with jazz, melding old rhythms with more popular melodies from Led Zepplin, Michael Jackson, the Beatles and others.

Carol Steffens, co-founder and artistic director of Wasatch Jazz Project Big Band, agrees that such melding of genres could be the solution to saving jazz. “Over the years jazz has developed a level of sophistication with melodies and chord progressions that goes well beyond your nice sing song-y tune,” says Steffens. In order to stay relevant, Steffens suggests, jazz must follow mainstream tastes. “Improvising with popular, recognizable tunes can satisfy an audience and the musician’s creative needs. It’s happening a lot in smaller cities where there’s not enough jazz purists to support the classic jazz sound.” 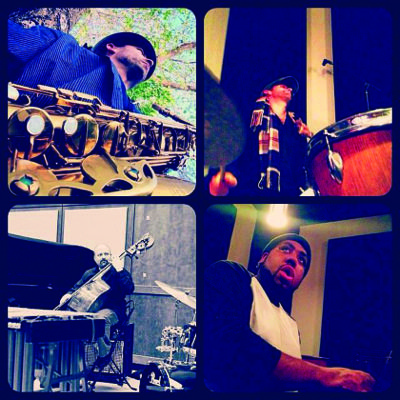 While attendance at jazz events in Utah may be in an awkward phase, classrooms across Utah, from elementary school to high school to college, are seeing a jazz renaissance – a phenomenon that will undoubtedly help create a new crop of jazz listeners in the near future. Long-standing jazz programs at the Uni­ver­sity of Utah and Brigham Young University are stronger than ever. At Utah State University in Logan, the USU Jazz Orchestra was recognized this summer for Outstanding Per­for­mance in Downbeat Magazine’s Student Music Awards. And recognition for excellence is even reaching some of Utah’s high school programs. The Crescent Super Band, a jazz program for high school students led by Caleb Chapman, trains young musicians to an extraordinary level – they have performed at the Telluride Jazz Festival, the Umbria Jazz Festival in Italy and other festivals across Europe and North America. For his work as music academy director at Pioneer High School for the Performing Arts in American Fork, Chapman was nominated this summer for the Grammy Music Educator Award.

The final bell at Rowland Hall, a private high school in Salt Lake, rang hours ago. A few lingering student athletes silently float around the dark and quiet building, but from behind two doors at the end of a long hallway comes the sound of music. After most of their peers have left for the day the Ling Trio is still practicing.

The members of the Ling Trio – senior Ling Ritter and juniors Quincy Pinnell-Jackson and Meg Lemons – all say that jazz has long been a part of their lives, but playing it took root at school under the guidance of the school’s music director Dr. Bret Jackson. In a room filled with posters of Chet Baker, Miles Davis, Louis Armstrong and Charlie Parker, and other signs of jazz – a trumpet, trombone and saxophone near the teacher’s podium, drums and a vibraphone off in one corner – the three young women launch into a tune, but it’s not jazz, it’s Fiona Apple.

“We don’t have a lot of friends outside of class who want to listen to our music,” explains Pinnell-Jackson. “I don’t want to say it’s an intellectual barrier but when we play our jazz tunes in class some kids don’t really understand it.”

“Jazz is more of a structure,” adds Lemons. “We don’t always play strictly jazz tunes. We look for music with a lot of soul.”

“Jazz is raw, unfiltered,” says Dr. Bret Jackson later, trying to put his student’s thoughts into perspective. “When you are used to listening to highly produced music you want to hear things that are manicured. Jazz is not that. It’s personal expression linked to people. It’s not a product of computers and software.”

When the girls finally do launch into a jazz standard, Autumn Leaves, their sound sweeps me off my feet. Over his years of teaching, Dr. Jackson says that he has seen many students quickly grasp the concepts of jazz and learn to apply them in a creative process that brings both joy and fulfillment. “We all have a creative impulse and jazz is all about being creative with sound. My students are few, but once I get them interested they tend to stick with it.”

If Dr. Jackson is right, then some day the young women from the Ling Trio, like drummer Steve Lyman, will be looking for places to share their musical language in the bars, clubs and churches of Salt Lake or beyond; and if jazz can adapt just enough; and if we can teach another generation to appreciate the energy and excitement of improvisation, there will be people who still want to listen.

Steve Lyman is one who sees hope for jazz in Salt Lake. “We’re the new Portland,” says Lyman. “People are moving here with certain expectations and we already have a hip, young jazz scene that’s under the radar, we just need to cultivate that.”

Katherine Pioli is a millennial who would like to find a good old-fashioned basement bar with jazz, poetry, black coffee and booze.