Leave your carbon foot print on Salt Lake City—make it a small one!
–by Stuart Merrill 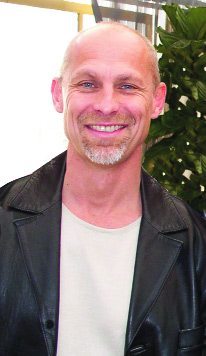 I've cancelled my auto insurance and parked my RAV4 until next winter. Initially, I had three reasons for this action that some might consider extreme. First, I wanted to make a statement that I do care about global warming and I intend to really do something about it. Second, I'd been fondly eyeing my old bike, remembering younger days when I never had to spend my gym time bouncing around like an aerobatron on the Stairmaster, or yawning through dreaded leaded leg lunges. And third, I could save a ton of money. Do the math: Between insurance and the price of gas, I'm saving $300-400 a month.

Since I initially decided to go green for the summer, this idea has taken on a life of its own. I recently started a new job for a Silicone Valley company relocating to Salt Lake City. I presented them the idea of having a carbon footprint contest for employees. The person with the smallest footprint could get, I don't know, a free parking space, or a donation to the charity of their choice. My employer loved the idea and plans to implement it soon.

Then I met Salt Lake City mayoral candidate Ralph Becker. I figured I would mention my plan to Ralph; if elected, maybe he could start a city-sponsored carbon footprint contest among local businesses. I quickly saw that Ralph was on the same page-in fact, he is way ahead of me. We discussed the idea of marketing Salt Lake City to forward-thinking businesses looking to relocate to greener and more economical fields.

The Downtown Rising plan recently proposed by the Chamber of Commerce aims, among other things, to make Salt Lake City's downtown and surrounding areas more walkable. A person will be able to live, shop, work and play downtown, and do it all by foot, pedal or public transport. Since I live on Capitol Hill, this is already an option. A five-minute walk in one direction and I'm playing with my dog in City Creek Canyon. Five minutes in the other direction, I'm right downtown. Not many cities can boast of such luxuries. For many, giving up your car may sound like a pipe dream, but to me it's become a perfectly normal lifestyle. I lived for 10 years in Europe, and five years each in Chicago and New York City. Monday to Friday you could see me, and everyone else, for that matter, wearing a business suit while riding a bike or taking the subway to the office. Once every few weeks I would rent a car for a couple days to run errands, or go away for the weekend. Until recently, the last time I actually owned a car was as a teenager here in Utah.

I've also rediscovered many of the things I'd forgotten about life sans auto. I feel great! Okay, after the first few days of bike-riding I was a bit stiff; and, to be honest, I still haven't managed to ride all the way up Capitol Hill. But I haven't felt this healthy in years. I'm even pulling in the occasional compliment. Not bad for a 40-something man trying to relive his bipedal youth in Berlin. When I have to go further afield, I hop on TRAX with my bike and a book. I'd forgotten how much I enjoy reading on a train, occasionally glancing down at the masses yearning to commute stress-free.

That's the best part: I'm not stressed. I don't know about you, but the drivers in this state make me crazy. I end my day feeling happier and healthier than when I drove. Hmm, anybody want an old RAV4?

Stuart worked for many years in international media management before being diagnosed with HIV when he returned home to Utah and now works as an HIV/AIDS lobbyist.