Catalyst Winter Playlist #5 – “Sway” by Anna of the North

Homesick for being homesick

“Being homesick inspires you to be more creative,” says Anna of the North, Norwegian born singer and graphic designer, in an interview with Wonderland Magazine of her time embarking on her journey to study in Melbourne, where her unintentional music career lit afire summer 2015 with her song “Sway”… Clearly 25-year-old Anna Lotterud’s creativity is benefitting from getting out of her comfort zone:

She certainly creates a feeling of longing with her synth pop, or ”Scandipop” as her producer, Little Dreamer describes her sound. It’s something about her enchanting, ice-cold sunshine, yet distinctly sweetly Scandinavian tone of her voice that is so alluring. Here’s a remix to “Sway” that I prefer over the more known Chainsmokers Remix to this song: 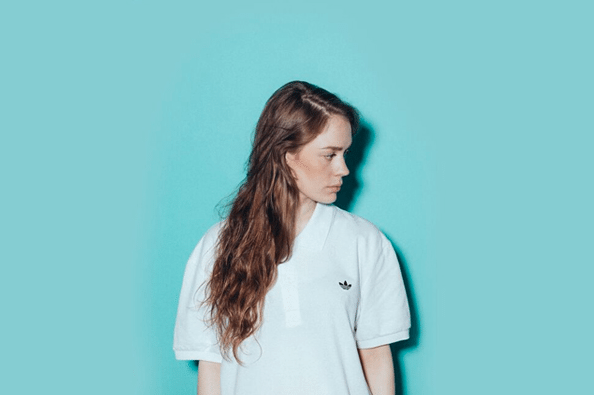 Remarkable, how a voice that speaks from a certain emotion – a complex one too – homesickness, can emote the same feeling unto listeners. Not that homesickness is necessarily a negative, nor a positive emotion. Homesickness, nostalgia, yearning for adventures past – there’s also something sweetly melancholy about those memories, recalled exactly how your mind wants to remember them. I once called Seoul, South Korea my home for a semester abroad. I felt homesick there – and through that removal from all things familiar, I widdled out a whole new comfort zone. One I would call another home.

I’m home now, in SLC, yet I’ve lately felt homesick for my Seoul home. Listening to the sound of the emotion of homesickness from Anna’s voice from here, I want that feeling back. I want to go back out of my comfort zone. I feel homesick from my own home. One of my homes. Once you’ve adopted more than one home, how can you ever not feel homesick again?

I can’t but help think of this old song by DJ Shadow that implies an answer to my question. “You Can’t Go Home Again.” So you can’t go home again apparently. Anna’s song “Oslo”, which came out before “Sway”, talks about her life in her home country, Norway. The lyrics: “I never wanna leave you / I never wanna go / I hope you’ll still be here / Next year.”

No experience of mine will strike the subject of extreme homesickness quite like how I felt when I was somewhat stuck in a Mexican circus a few years back. I recaptured an immense amount of my creativity which I thought my awkward adolescence years were never going to give back. Anna certainly has a point, you become more creative when you aren’t familiar with your environment, because you are forced to create some current semblance of a surrounding that helps you identify who you are and who you want to be.

While I was figure skating in a Mexican circus, one of my biggest accomplishments was finishing the entire workbook of the Artist’s Way by Julia Cameron. A 12 week, ‘reawaken your creativity,’ workshop-in-a-book became my savior in the Spanish-filled dressing room in which I spent at least 3 hours per day in. I had two choices; either uselessly tune into the gossip, which I couldn’t quite understand anyways, or to tune out and into my own world. While the job I was getting paid for relied on my daily ability to syndicate – the circus routines – Disney Princesses, Grease, Sing Sing Sing, Michael Jackson – over and over, I found a way to do what I hadn’t found the time or focus to do in over a decade; create.

I would sit in the dressing room and listen to music, draw, write, and craft. I’d constantly listen to mixes that my sister would email me, and introduced me to Elliphant.

Speaking of Scandipop princesses, Elliphant; (Ellinor Miranda Salome Olovsdotter, from Sweden) played an important role through those Mexican dressing room days. When I was just so ready to leave, Elliphant distracted me; this was the first time the Scandinavian vocal cords wrapped around my soul and gave me something to cry to.

Yes, cry to, in a sense. Homesickness isn’t happy. It isn’t quite sad either. It’s that moment right between dry eyes and wet cheeks when you feel weakest, and then some unseen strength wells up from within, and you are reminded that you have all you need right inside of you to keep yourself afloat – but that doesn’t mean it will be smooth sailing. For me, I had to let the damn burst to feel the strength. In between our twice daily shows, headphones in, full face of circus makeup on, Elliphant helped me open whatever was welling up as I would go walking around the shopping mall parking lot in which the circus was parked in, coffee cup full of Nescafe in hand, I’d attempt to process that alternate reality I had floated into (a foreign circus); I was my only ally. And when I realized I couldn’t cry outwardly (I would ruin my makeup for the next show!), I was forced to channel that salt-water confusion towards: writing, coloring, crafting, and most importantly, dreaming. Homesickness helps with dreams. Maybe that’s why we secretly love that discomfort so much; the prospect of more fantastic dreams. I leave you with Anna of the North’s other most noteworthy song: The Dreamer. Enjoy.

Until next week, keep listening to the tunes that keep you dreaming.

This article was originally published on February 19, 2016.