Sundance Film Festival: Films worth standing in line for 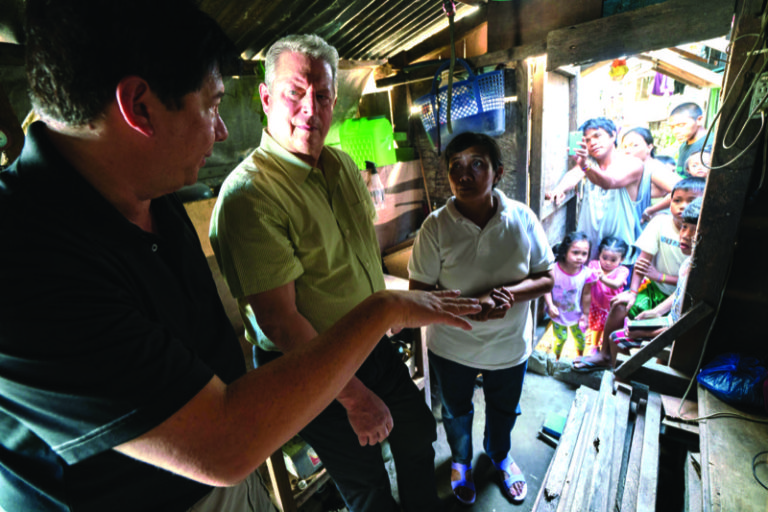 Dominant themes found this year in the 2017 Sundance Film Festival lineup bring us narratives of climate change, police misconduct and race. These films explore the plight of Syrian refugees and give us new and surprising perspectives from Cuba and China. It’s also a banner year for local films, with four Utah-made world premieres. And Impact Partners celebrates 10 years of financing award-winning nonfiction narratives with six new American documentaries.

The opening night films definitely set the tone for the festival. WHOSE STREETS (Director Sabaah Folayan, Co-Director Damon Davis) tells the story of the Ferguson riots from the viewpoint of those who lived through them and who came together to  start the Black Lives Matter movement.

AN INCONVENIENT SEQUAL (working title;  (directors Bonni Cohen and Jon Shenk, Audrie & Daisy and Island President)) examines the climate crisis since former Vice President Al Gore’s An Inconvenient Truth made “climate change” a household phrase and how close we actually are, now, to a real solution.

It is part of The New Climate—the institute’s year-round initiative dedi­­cated to conversations about environmental change and conservation.

V.P. Gore will participate in a panel with  scientist Dr. David Suzuki and other luminaries who bring decades of experience to the study of climate change. Moderated by Democracy Now! journalist Amy Goodman, the January 22 event will be livestreamed from the Egyptian Theatre at sundance.org.

Chasing Coral / U.S.A. (Director: Jeff Orlowski) — Coral reefs around the world are vanishing at an unprecedented rate. A team of divers, photographers and scientists set out on a thrilling ocean adventure to discover why and to reveal the underwater mystery to the world. From the makers of CHASING ICE, this film is stunning.

(Director: Bryan Fogel) — When Bryan Fogel sets out to uncover the truth about doping in sports, a chance meeting with a Russian scientist transforms his story from a personal experiment into a geopolitical thriller involving dirty urine, unexplained death and Olympic Gold. This film could expose the biggest scandal in sports history.

NOBODY SPEAK: Hulk Hogan, Gawker and Trials of a Free Press / U.S.A. (Director: Brian Knappenberger) — The trial between Hulk Hogan and Gawker Media pitted privacy rights against freedom of the press, and raised important questions about how big money can silence media. This film examines the perils and duties of the free press in an age of inequality. A must-see to understand new libel laws and Peter Thiel’s influence in the Trump Administration.

STEP / U.S.A. (Director: Amanda Lipitz) — The senior year of a girls’ high school step team in inner-city Baltimore is documented as these young women try to become the first in their families to attend college. The girls’ success is set against the backdrop of social unrest in their troubled city. Hands down heart-thumping foot-stomping film, an audience pleaser for sure.

Strong Island / U.S.A., Denmark (Director: Yance Ford) — Examining the violent death of the filmmaker’s brother and the judicial system that allowed his killer to go free. This documentary challenges us to change. Poetic and elegant.

Unrest / U.S.A. (Director: Jennifer Brea) — When Harvard PhD student Jennifer Brea is struck down at 28 by a fever that leaves her bedridden, doctors tell her it’s “all in her head.” Determined to live, she sets out on a virtual journey to document her story—and four other families’ stories—of fighting a disease medicine forgot. Chronic Fatigue and fibromyalgia are dissected and forensically investigated.

Bending the Arc / U.S.A. (Directors: Kief Davidson, Pedro Kos, Screenwriter: Cori Shepherd Stern) — This powerful epic is about the extraordinary doctors and activists— including Paul Farmer, Jim Yong Kim and Ophelia Dahl—whose work 30 years ago to save lives in a rural Haitian village grew into a global battle in the halls of power for the right to health for all. Matt Damon and Ben Affleck are executive producers.

Cries From Syria / U.S.A., Syria, Czech Republic (Director: Evgeny Afineevsky) — This documentary attempts to recontextualize the European migrant crisis and ongoing hostilities in Syria, through eyewitness and participant testimony. Children and parents recount the revolution, civil war, air strikes, atrocities and ongoing humanitarian aid crises in a portrait of recent history and the consequences of violence. This is important to Utahns, as our state has promised to receive 600 Syrian refugees this year.

TAKE EVERY WAVE: The Life of Laird Hamilton / U.S.A. (Director: Rory Kennedy) — This is the remarkable story of an American icon who changed the sport of big wave surfing forever. Transcending the surf genre, this indepth portrait of a hard-charging athlete explores the fear, courage and ambition that push a man to greatness—and the cost that comes with it. Completely dazzling.

Untitled (Lucy Walker) / Buena Vista Social Club Documentary / U.S.A., United Kingdom, Cuba (Director: Lucy Walker) — The musicians of the Buena Vista Social Club exposed the world to Cuba’s vibrant culture with their landmark 1997 album. Now, against the backdrop of Cuba’s captivating musical history, hear the band’s story as they reflect on their remarkable careers and the extraordinary circumstances that brought them together.

Patti Cake$ / U.S.A. (Director and screenwriter: Geremy Jasper) — Straight out of Jersey comes Patricia Dombrowski, a.k.a. Killa P, a.k.a. Patti Cake$, an aspiring rapper fighting through a world of strip malls and strip clubs on an unlikely quest for glory. Sounds crazy but is deliciously funny and original and the Australian actor Danielle Macdonald has a breakout performance.

This isn’t an official category but boy, are we proud of the Utah Film Commission and Utah Tax Incentives for supporting these four Sundance premiers!

Brigsby Bear / U.S.A. (Director: Dave McCary, Screenwriters: Kevin Costello, Kyle Mooney) — Brigsby Bear Adventures is a children’s TV show produced for an audience of one: James. When the show abruptly ends, James’s life changes forever and he sets out to finish the story himself.  US Dramatic Competition

Snatchers / U.S.A. (Directors: Stephen Cedars, Benji Kleiman, Screenwriters: Scott Yacyshyn, Benji Kleiman, Stephen Cedars) — After status-obsessed teen Sara has sex for the first time, she wakes up the next day nine months pregnant—with an alien. Turning to her nerdy ex-bestie, Hayley (the only person she can trust without ruining her reputation), they strive to put an end to all the carnage. The Festival will premiere eight short-form episodes of this otherworldly horror-comedy series. Produced by a former Impact Partners intern and Utah native, Elli Legerski. Midnight Episodic Showcase

Wind River / U.S.A. (Director and screenwriter: Taylor Sheridan) — An FBI agent teams with the town’s veteran game tracker to investigate a murder that occurred on a Native American reservation.

FOR THE YOUNGEST INDEPENDENT FILM FANS

This section is created in cooperation with Utah Film Center, which presents the annual Tumbleweeds Film Festival for children and youth.

The Mars Generation / U.S.A. (Director: Michael Barnett) — Aspiring teenage astronauts reveal that a journey to Mars is closer than you think. SALT LAKE CITY OPENING NIGHT FILM. A must see.

My Life as a Zucchini / Switzerland, France (Director: Claude Barras, Screenwriter: Céline Sciamma) — After his mother’s death, Zucchini is befriended by a police officer, Raymond, who accompanies him to a foster home filled with other orphans his age. There, with the help of his newfound friends, Zucchini eventually learns to trust and love as he searches for a new family of his own.

RED DOG: True Blue / Australia (Director: Kriv Stenders, Screenwriter: Daniel Taplitz) — When 11-year-old Mick is shipped off to his grandfather’s cattle station in Australia’s remote Pilbara, he prepares himself for a life of dull hardship. Instead, he finds myth, adventure and friendship with a scrappy, one-of-a-kind pup that will change his life forever.

Joshua: Teenager vs. Superpower / U.S.A. (Director: Joe Piscatella) — When the Chinese Communist Party backtracks on its promise of autonomy for Hong Kong, teenager Joshua Wong decides to save his city. Rallying thousands of kids to skip school and occupy the streets, Joshua becomes an unlikely leader in Hong Kong and one of China’s most notorious dissidents.

Last Men in Aleppo / Denmark (Directors: Feras Fayyad, Steen Johannessen) — After five years of war in Syria, Aleppo’s remaining residents prepare themselves for a siege. Khalid, Subhi and Mahmoud, founding members of the White Helmets, have remained in the city to help their fellow citizens. Experience daily life, death, struggle and triumph in a city under fire.

Plastic China / China (Director: Jiu-liang Wang) — Yi-Jie, an 11-year-old girl, works alongside her parents in a recycling facility while dreaming of attending school. Kun, the facility’s ambitious foreman, dreams of a better life. Through the eyes and hands of those who handle its refuse, comes an examination of global consumption and culture.

Geralyn White Dreyfous is a co-founder of the Utah Film Center, IMPACT Partners and Game-Changer Films. She lives in Salt Lake City with two children forced to watch films that show them the world they will inherit.