Tickled: Yes, certainly we all have been; by a family member, friend, or bosom buddy; yes. But, can any of us rightly say that we’ve had our lives ravaged by tickling?

Has tickling ever penetrated our professional, economic, and social lives in such a way so as to bring them down about our heads? I’m going to climb, ever so precariously, out onto a limb here and say “no, probably not.” Yet, if we accept some variant of Murphy’s Law—anything that can happen, is happening—then we must own up to the fact that somehow, somewhere, tickling is tearing lives apart. Cue David Farrier and Dylan Reeve’s documentary, Tickled, premiering at this year’s Sundance Film Festival. 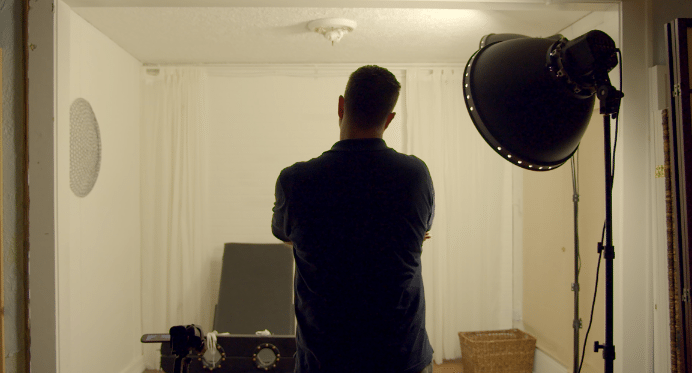 Courtesy of Sundance InstituteIn the course of what seemed a rather mundane day, Farrier (of 3news and Nightline) was compelled to ask the same questions as we are asking now. While scouring the internet for his next peculiar story, Farrier—much to his great luck, or, perhaps, greater misfortune—stumbled upon a video of exceedingly handsome and incredibly toned young men participating in a tickling endurance competition—apparently the next great “heterosexual” sport. With one young man strapped down via wrist and ankle cuffs, and four others straddling and tickling various parts of his body, the video piqued Farrier’s journalist interest. Yet, when he reached out to the company responsible for the videos, he was met with a barrage of hateful and threatening replies, attempting to dissuade his further investigation. Farrier, not entirely impressed with these bullying tactics, enlisted his friend Dylan Reeve (post-production/tech wizard) to aid in uncovering the mysteries behind this brash company and the tickle empire it had created. Their journey shined a light into the darkest corners of the internet, and riled up plenty of personal and legal nightmares along the way.

Yet one can’t help but laugh a little—we can laugh, can’t we?—about the idea of a dark, seedy, tickling underbelly: it seems far too ridiculous to be real. This notion is not lost on the filmmakers; in fact, they seem to agree, and do their best to keep a pleasantly open attitude for the duration. It became quite apparent that though the idea of a tickling underworld got our filmmakers chuckling, they were ultimately after a kind of inherent truth—this was a journalistic operation after all, not a stand-up routine. And in this search for truth, they reached beyond their initial brutish encounter and sought a more rounded perspective—variously encountering all types of people on all levels of the tickle fetish chain. This attention to the so-called “whole” of the story keeps this film from falling into a type of mockumentary or episode of MTV’s “True Life.” This documentary is also set apart by its thrilling detective work: Our filmmakers didn’t just set out and interview various initiated members, gathering the seemingly educated story, but used their newly gained information to reassert their initial question; “who is behind this these threats and brutish attacks?”—an answer they eventually come to, much like any given Sherlock Holmes story, after no uncertain risk to themselves and others.

In documentaries similar to Tickled—though I can’t rightly think of any—one may very well expect to find a constantly shaking camera as they hunt for their source, whole scenes to be comprised of grainy low res screenshotted emails, and an unwarranted attention to the filmmakers’ daily lives (brushing teeth, buying coffee, etc.)—and though these certainly are elements, the cinematography of Tickled reaches past the modern desire to find the obvious, and gives, instead, a symbolic narrative that exists alongside the obvious one. The eye of the camera is often found wandering, but pleasingly so, juxtaposing scenes of nature and technology (planes and skies, computers and hands), predator and prey (old men coercing young men, falcons catching and eating rats) and domination and submission (young herculean figures literally shackled to the whims of lustful strangers, indefinable wealth visibly reaching into reality to silence any truth-seeker); ultimately creating a film that is obviously and subversively working towards a symbolic and powerful illumination; pushing the boundaries of where fine journalism is willing to go and what powers it is willing to fight—easily one of the film’s greatest strengths.

Tickled is a must see, if not for a good chuckle, then certainly for its immediately compelling story; it will, no doubt, earn its place among the Sundance greats. And with remaining showings slated for the 28th, 29th, and 30th, it’s not too late to grab a ticket and see it yourself.

This article was originally published on January 28, 2016.