I can do two things, give you exactly what every other music blog does ~ confirm to you this song, indeed, has a marimba in the background, and that’s why it makes you feel like you’re under the sea with Sebastian, and that it is a song about the city lights of Los Angeles, where Woolfy lives, and that it was off the Australian pretty-big-deal record label Future Classic (which also is home to Chet Faker, Flume, and Panama), or I can mock that form a little bit and choose not to alienate more than half the readers.

In that spirit of inclusiveness, here are my favorite songs by the three artists I mentioned above:

The reason I read about music, and the reason I presume most people read about music, is more opportunities to press play and listen to new music. One thing I’ve read with great bemusement lately that in music journalism, genre names just keep getting more and more whimsical-sounding, every artist is so “genre-spanning!” Understood, genre is such a hard thing to nail down these days because the genres that existed in say, 20 years ago, the 90’s, can’t even begin to describe the music we listen to now, or the varied different kinds of sounds artists like to play anymore; spaced-out-house, psychedelic disco, Balearic folk, funk & beard rock are all rolled into Woolfy’s multitude of said genres. So before I try to explain an abstract feeling with my words that your ears can consume a lot more easily, let me cut half of the crap of music writing and give you the opportunity to just press play:

When I read a song review, there’s generally a thicket of all the record labels the artist has produced with, and EP names flung around like you already know them, yet all I’m looking for is a song and a story through the jargony jungle of music writing, and that’s what sticks. This time I got a little lost in the jungle, but I think I’ve found my way. 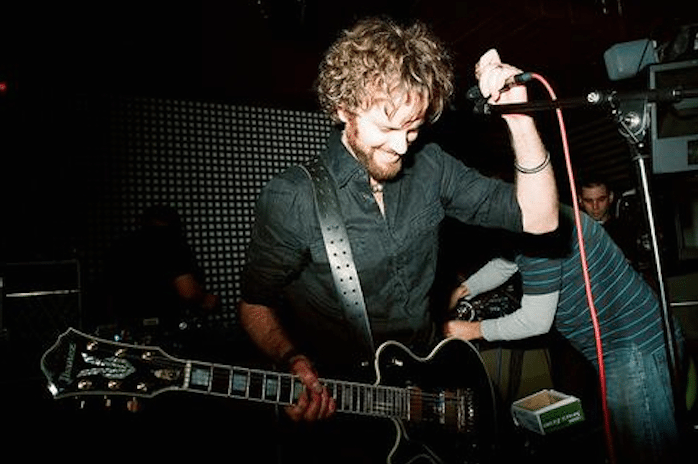 This is why I think you should care about Woolfy (Simon James):

Simon James came from London, but has lived in LA since the early 90’s, collaborated on a bunch of music with Dan Hastie (of Orgone, an LA-based soul/funk band), has an endearing wolf-man beard, knew he wanted to be a DJ since he was sneaking into LA clubs at the age of 19, and highly recommends losing your mind.

The most helpful write-up about Woolfy came from Finger Magazine. I wasn’t sure if I liked him until I read these. Here are my favorites from the interview:

a song that evokes the greatest summer of your life

Oh what a summer that was… The summer of ’94. I lost my mind in Europe somewhere, and when I found it, I was a much better person. I highly recommend losing your mind.

a song guaranteed to make you feel depressed

Britney Spears – Oops!… I Did It Again

Other than the fact that it’s no good, it makes me sad that she was reaching out to us, «I’m not that innocent…» We could’ve helped her, we should’ve been there for her.

Here’s this long, funky, mindless chore-doing mix where I originally found this song from:

I hope that I have given you enough Soundcloud worm holes to delve into. That is my goal, to give you vessels to explore as I explore them at the same time. Have a good week with good tunes, dear readers.

Next week, I’ll slither into Black Mambo, and other songs by Glass Animals.

This article was originally published on December 17, 2015.